Telefónica today announced that it has switched on its 5G network in Spain, enabling 75% of the Spanish population to obtain access to this new technology by the end of the year. 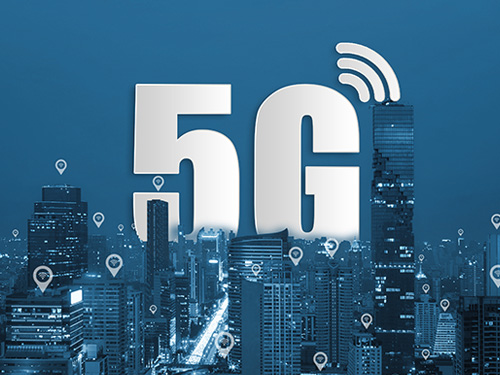 Madrid, 1st September 2020 – Telefónica today announced that it has switched on its 5G network in Spain, enabling 75% of the Spanish population to obtain access to this new technology by the end of the year.

The announcement was made by José María Álvarez-Pallete, Telefónica’s Executive Chairman, who stressed that “the launch of our 5G network constitutes a leap forward towards the hyperconnectivity that will change the future of Spain”. The switching on of Telefónica’s 5G network comes after Álvarez-Pallete confirmed Telefónica’s commitment to promote the complete digitisation of the country last July. “It’s 5G for everyone, without any exceptions. In all the autonomous communities. Telefónica will accelerate the digitisation of SMEs, the public administrations and the general public with this initiative. “Like fibre and like so many other great things, 5G is Telefónica”, explained the company’s chief executive.

“Our network has always been a differential asset. People’s lives pass through it and it has demonstrated unparalleled strength when it’s been most needed”, added Álvarez-Pallete, who pointed out that Spain already leads Europe’s digital infrastructures with the largest fibre optic network.

Telefónica, which will launch offers for both private and corporate customers, is committed to the numerous direct and indirect cross-cutting benefits that 5G brings to key sectors such as transport, tourism, energy, the car industry and healthcare. “Spain will reap great benefits. 5G constitutes not only a new generation of mobile telephony, it’s also a revolution in terms of its practical applications for all the sectors and because it allows the extension of ultra-broadband coverage to rural areas, many of them depopulated”, stressed Álvarez-Pallete, who went one step further and reminded us that this is a golden opportunity for Spain to lead the Fourth Industrial Revolution and to capitalise on Europe’s outstretched hand in the reconstruction process”.

This new generation of mobile telephony will allow ultra-fast connectivity with distinctive capacities in terms of upstream and downstream bandwidth, very low latency and the capacity to connect to millions of devices. The major transformation of 5G lies in the fact that it will facilitate a world in which most of our everyday objects will be elements connected to each other and to us, with a higher bandwidth and a speed measured in milliseconds.

Commitment to the future of Spain

For residential customers, in addition to the benefits brought by 5G in terms of greater speed and lower latency, which will allow them, for example, to download a film in seconds, 5G will provide the possibility, among other features, of enjoying live sports broadcasts during which users will obtain a 360º experience and be able to view any angle of the match as if they were on the pitch itself. Gaming enthusiasts will obtain a mobility experience similar to that provided by fibre in the home, in other words, without any interruptions or latency. 5G will thus enable them to play on their mobile phones as if they were on their home computer screens or their video consoles.

Businesses will have access to services like Multi-Access Edge Computing, which offers ultra-low latency services and greater computing capacity “on the network edge”, in addition to services such as 5G private networks, mass IoT and critical communications, as well as network virtualisation to facilitate more effective use of the network’s resources in keeping with the customers’ needs.

Telefónica operates with the latest radio generations that allow dual 4G and 5G usage, with the aim of bringing 5G to the highest number of people from the outset. This first phase will witness the launch of the 5G network, thanks to a technology that combines the deployment of NSA (non-standalone) 5G and DSS (Dynamic Spectrum Sharing) and the subsequent immediate deployment of the SA (standalone) 5G network when the technology becomes fully available after standardisation. This initial deployment will also make use of the current sites and infrastructure and, in the mid and long terms, it will be complemented by new base stations and small cells as the capacity and coverage require.

The 3.5 GHz band frequency (the only 5G band frequency already licensed to operators) and the mid-band (1800-2100 MHz) frequencies are being used for this purpose. This is the current location of 4G, capitalising on the possibility of using NR (New Radio) equipment that can operate with both technologies (4G and 5G) at the same time.

The new deployments will take place in tandem with a gradual shut-down of the old second and third-generation networks. 100% of the copper network will have been replaced by fibre by 2025, when the 3G network will also be shut down. This will permit more effective management of investments, as it won’t be necessary to increase them to address the new deployments.