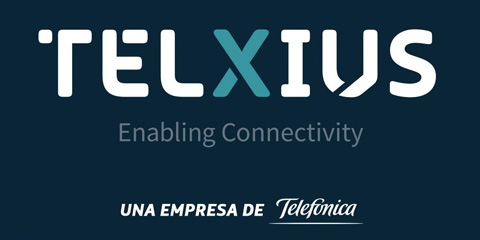 Madrid, July 27th, 2018.- Telefónica today reached an agreement with Pontegadea for the sale of a 9,99% in Telxius, Telefónica’s telecommunication infrastructure arm, for a total of 378.8 million euros.  This transaction represents a price of 15.2 euro per share of Telxius.

The sale has been structured via Telefónica’s subsidiary, Pontel Participaciones, which owns 60% of Telxius’ capital stock. Pontegadea owns 16.65% of Pontel and Telefónica the remaining 83.35%. After the transaction, Telefónica will maintain a majority stake and retain operational control of Telxius. The unit will continue to be consolidated into its accounts.

This transaction is part of the Telefónica Group’s asset portfolio management policy, based on a strategy of value creation, optimization of the return on capital and strategic positioning. It also complements the objective of organically reducing debt and strengthening the balance sheet in a growing cash flow scenario, which allows us to maintain a sustainable shareholder remuneration.

The company has a significant presence in 17 countries and 357.5 million accesses around the world. Telefónica has a strong presence in Spain, Europe and Latin America, where the company focuses an important part of its growth strategy.

Telefónica is a 100% listed company and its shares are traded on the Spanish Stock Market and on those in London, New York, Lima, and Buenos Aires.

With over 16,400 telecommunications towers in six countries, Telxius features one of the most extensive tower catalogues in the world, effectively serving customers as the leading market provider in Spain, Germany, Peru and Argentina, and a main provider in Brazil and Chile.

In addition, Telxius offers advanced services on its 87,000-kilometre international network; ten high capacity submarine fibre optic cables, including two of the highest capacity systems in the world: MAREA and BRUSA. The first is already open for business, and the second will enter into service by the end of 2018. MAREA, a joint project with Microsoft and Facebook, is currently the Atlantic route with the lowest latency. BRUSA, with its 11,000 km and cutting-edge technology, links the United States and Brazil. SAM-1, PCCS, and UNISUR represent additional very high capacity routes that link the United States with all Latin America.

For more information on Telxius, we invite you to visit www.telxius.com