·The telecommunications operator remains in the index for the fifth consecutive year and improves its score considerably compared to last year's edition with a score of 83.73% out of 100.
·It is a recognition of Telefónica's commitment and responsibility to gender equality. The company facilitates personal and professional development both within the company and in the societies in which it operates.
·Telefónica is one of the 14 telcos that form part of an indicator that selects 418 companies from 45 countries. 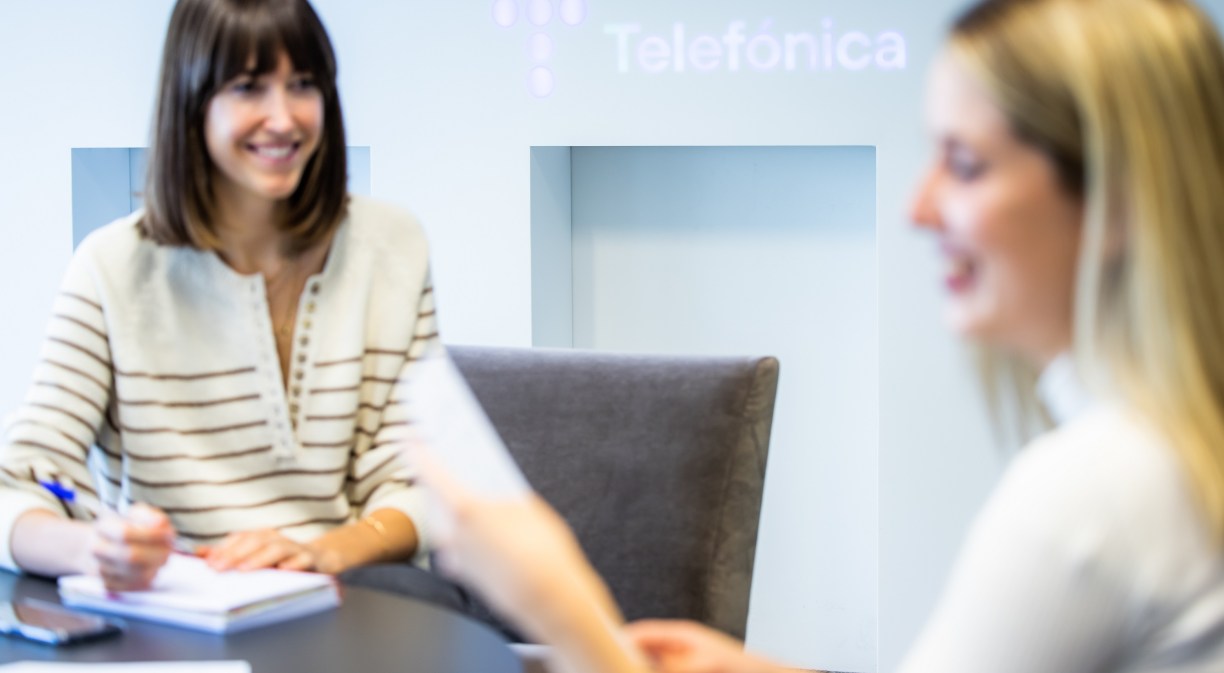 Telefónica advances for the fifth consecutive year in the Bloomberg Gender-Equality Index 2021 (GEI), which measures the commitment, practices and policies related to gender equality in participating companies, recognising the telco’s commitment and responsibility to parity, inclusion and diversity.

Telefónica achieved a score of 83.73% out of 100, which puts it above the average for the sector internationally and for Spanish companies. The company is one of the 14 telecommunications operators worldwide and of the 18 Spanish companies included in the index. These data are increasingly relevant as the number of 34 companies included has increased, compared to the previous year, to a total of 418, with a presence in eleven sectors, from 45 countries and regions, and a combined market capitalization of $16 trillion.

The Bloomberg Gender-Equality rates Telefónica’s transparency in responding to the index’s questions very positively, with a score of 98.72%. In this edition, of the five markers it analyses, it highlights its progress in parity, recognising its efforts to reduce the pay gap, the exhaustive diagnostic and monitoring models and the company’s future objectives: to increase the number of women in the company, especially in management positions, and to reduce the gender pay gap, with the aspiration of eliminating it by 2050.

“The significant improvement of our score in the Bloomberg Gender-Equality Index over the previous year is an important recognition of our commitment and responsibility to inclusion and diversity. And we are very proud of it. Facilitating personal and professional development, both within the company and in the societies in which we operate, is our goal, and this index is an indicator that we are achieving a great deal in this regard. The diversity of our teams allows us to do incredible things, to grow as a company and as a society,” says Marta Machicot, Global Head of People at Telefónica.

The telco, which has recently updated its Diversity and Inclusion Policy, favours and promotes flexible working; carries out training programmes for both employees and managers on unconscious bias; promotes the professional career of female talent in management positions through initiatives such as Women in Leadership, a programme to accelerate professional careers and increase the visibility of female employees; and develops and supports more than 50 initiatives that seek to bring STEM to female talent, such as Mujeres Hacker, Mujer e Ingeniería and #SheTransformsIT.

Telefónica’s commitment to gender equality goes back a long way, since it was one of the first companies in Spain to introduce an increase in the number of women in executives positions, currently 30,4%, as an objective in the variable remuneration of its employees.

The GEI benchmark measures gender equality across five pillars: female leadership and talent, gender equality and pay parity, inclusive culture, sexual harassment policies and pro-women branding. “Thank you to all the companies that are making progress in their efforts to support gender equality through policy development, representation and transparency,” says Peter T. Grauer, Bloomberg’s chairman, for whom “your contribution to disclosure through the GEI is helping others to take note and collectively drive change.”

Moreover, in recognition of its commitment to transparency in the equality environment, Telefónica is one of six Spanish companies to have responded to the WDI Workforce Disclosure Scorecard in the 2021 edition, providing 87% – almost 20 points more than the sector – of the information required to be made available to 53 investors managing $7.5 trillion.

Telefónica has signed up to the Women’s Empowerment Principles, promoted by the United Nations Global Compact, in several of its operations. It has recently joined ClosinGap, a group of companies committed to promoting the closing of gender gaps in the society, and has joined the Ibex Gender Equality Index, made up of 33 Spanish companies with between 25% and 75% of women on their boards of directors and between 15% and 85% in senior management.

Telefónica is one of the world’s leading telecommunications service providers. The company offers fixed and mobile connectivity services, as well as a wide range of digital services for individuals and businesses.  It is present in Europe and Latin America, where it has more than 365 million customers.