Robotics, a world with a world to discover

Robotics has become an essential part of industry around the world thanks to its unabated progress, a clear example of how digitalisation and new technological tools are increasingly part of our lives. 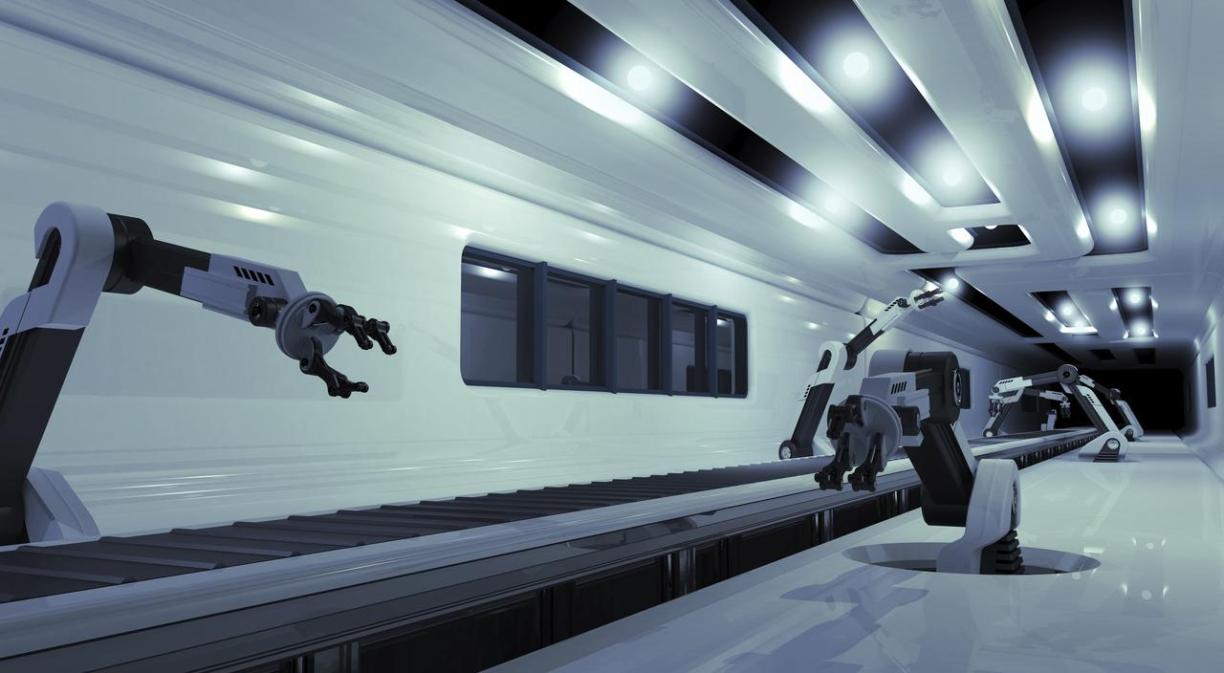 The Spanish Royal Academy (RAE) defines robotics as the technique that applies computer science to the design and use of devices that perform operations or work in place of people, usually in industrial facilities.

If we talk about robots, the RAE states that it is a programmable electronic machine or device capable of manipulating objects and performing various operations.

Robotics and robots have been implemented in industry for decades now, but their continuous development, even more so thanks to Artificial Intelligence, has become crucial to Industry 4.0.

The evolution of robots goes hand in hand with the evolution of technology, i.e. their growth has not stopped, the upshot of which is their increased complexity, with new elements such as movement sensors, video cameras, etc.

This means we have robots with greater autonomy, precision and sensitivity, thanks to tools such as Artificial Intelligence or Machine Learning, which is a great leap forward between those first robots and today’s, which are much more sophisticated and prepared for all kinds of tasks.

Since the first electric robot was installed in Spain in 1979, much has happened in our country. Spain is among the leading European countries in the use of robotic engineering.

According to the International Federation of Robotics, in their report World Robotics 2021, it is the fourth European country with the most industrial robotics installations, after Germany, Italy and France, and the tenth country in the industrial ranking in terms of factory task automation.

Spain was severely affected by the COVID-19 pandemic in 2020, but according to the Spanish Robotics and Automation Association (AER), there was a strong growth in the demand for robots in the first half of 2021, +15% to +20% over the previous year.

However, there is a certain peculiarity in such data, as about 50% of robots in Spain are found in the automotive industry, which leads to the idea that there is still a large margin for the implementation of robots in the country’s economic activity.

In terms of robot density – the number of robots installed per 10,000 workers – in manufacturing industry, Spain has more than 200 robots per 10,000, above the world average.

Globally, the World Robotics 2021 report on industrial robots points to a record 3 million industrial robots operating in factories around the world, which translates into a 10% increase. Sales of new robots grew slightly, by 0.5%, despite the pandemic, with a total of 384,000 units shipped worldwide in 2020.

The fields of application of robotics are very broad, although they could be simplified into industrial, service and social.

Industrial robots are the ones we find in industries and factories, especially in the automotive and manufacturing sector. These are machines in automation processes, saving workers from the most burdensome tasks.

Service robotics are those robots whose function is related to a specific service purpose, usually to people.

These are machines that are very close to our everyday lives, and can be used for domestic tasks, such as the now famous hoover robots, those dedicated to research, whose scope of action is laboratories or hospitals, or those known as exploration robots, which are mobile robots used to inspect and track environments.

We could also refer to other fields, such as the social field, which is now in great demand thanks to voice assistants, which are increasingly common in homes.

The development of Artificial Intelligence and robotics go hand in hand, as AI is a step forward for robots in terms of autonomy. But it is also crucial for them to be able to make decisions about what to do in a given work environment and within predefined parameters.

Artificially intelligent robots are not there to replace humans but to complement them, in the sense that their mission should be to help people do their jobs better.

It should be noted that when a robot has built-in AI algorithms, it does not wait to receive orders to make a decision but is able to work on its own. To do this, it has previously had to pass a training phase.

By means of machine learning, the robot is able to learn, solve, understand, reason or react optically.

The trend is not to have a robot capable of carrying weight, but to have mobile and autonomous robots that are able to collect, process and manage data intelligently and make the best decisions in terms of manufacturing or production.

In the development and expansion of these autonomous robots, 5G has emerged as a key player, a new generation that provides a boost in connectivity, thanks to a shorter delay in network transmission (latency), compared to 4G and previous generations.

The Telefónica Foundation‘s report “Digital Society in Spain 2020-2021” has a section on robots and their future, one far removed from the confinement where they have been kept until now, in closed spaces such as warehouses and factories. These are automatons whose function will go beyond mechanical tasks on an assembly line.

In this sense, the report highlights that the deployment of 5G networks in combination with edge computing is decisive to driving and transforming the world of robotics in the coming years.

Last but not least, according to the report “We, The post-digital people. Can your enterprise survive the tech-clash?“, also by Accenture, within five years city dwellers will interact with autonomous devices between five and ten times a day.

Moreover, in seven years, a large fashion retail group will have been the first to introduce robotic customer service staff, and in ten years there will be the same proportion of robots as healthcare professionals in large hospitals.