- Ooredoo will become part of Telefónicas Partner Program, as part of this strategic agreement. 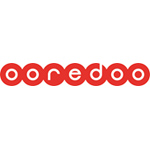 – Ooredoo will become part of Telefónica’s Partner Program, as part of this strategic agreement.

Doha, Qatar & Madrid, Spain, March 4th, 2015 – Telefónica and Ooredoo, a leading international telecommunications company operating across market in the Middle East, North Africa and Southeast Asia, jointly announce the signature of a Strategic Partnership Agreement. The partnership will allow Ooredoo to become part of the Telefónica’s Partners Progam, which enables telecommunications operators to work together and to benefit from Telefónica’s scale and knowledge.

Under the terms of the Agreement, both companies have agreed to work together to capture synergies in Procurement, the main area of cooperation. Both Groups will focus on leveraging the economies of scale and the broad experience in centralized procurement of Telefónica. The aim of this collaboration will be the optimization of Ooredoo’s affiliates purchasing costs in selected types of network and customer equipment.  Both groups will work towards coordinating selected purchases “end to end”, including technical alignment of specifications, selection of vendors and synchronized negotiations.

Ooredoo and Telefónica will also engage in other business areas under the scope of the Partners Program such as alignment in key technology projects, common approach to multinational clients for M2M, managed mobility and data services, staff development and training programs, international wholesale and various others.

The partnership is expected to reinforce both Groups positions in the areas agreed, as well further accelerate Ooredoo consolidation as an international group by sharing Telefonica’s proven experience on cross-country coordination and synergies generation.

Ooredoo is a leading international communications company delivering mobile, fixed, broadband internet and corporate managed services tailored to the needs of consumers and businesses across markets in the Middle East, North Africa and Southeast Asia. As a community-focused company, Ooredoo is guided by its vision of enriching people’s lives and its belief that it can stimulate human growth by leveraging communications to help people achieve their full potential. Ooredoo has a presence in markets such as Qatar, Kuwait, Oman, Algeria, Tunisia, Iraq, Palestine, the Maldives, Myanmar and Indonesia. The company was named “Best Mobile Operator of the Year” at the World Communication Awards 2013.

he company reported revenues of US$9.3 billion in 2013 and had a consolidated global customer base of more than 95 million people as of 31 December 2013. Ooredoo’s shares are listed on the Qatar Exchange and the Abu Dhabi Securities Exchange.

The company has a significant presence in 21 countries and a customer base of 341 million accesses around the world. Telefónica has a strong presence in Spain, Europe and Latin America, where the company focuses an important part of its growth strategy. Telefónica is a 100% listed company, with more than 1.5 million direct shareholders. Its share capital currently comprises 4,657,204,330 ordinary shares traded on the Spanish Stock Market and on those in London, New York, Lima, and Buenos Aires.

Telefónica’s Partner Program is an initiative, which, in the framework of commercial agreement, places at the disposal of certain operators a catalogue of services that enables the partner to leverage Telefónica’s scale and cooperate in key business areas. Since the Partner Program was launched in 2011, it has expanded significantly its reach in 35 countries, by signing partnership agreements with operators such as Ooredoo Group, Etisalat Group, MegaFon, Bouygues, O2 Cz Republic and Sunrise.