• Bluevia will be a neutral wholesale operator with Telefónica España as anchor client.
• Crédit Agricole Assurances and Vauban Infrastructure Partners will pay €1,021 million to acquire a 45% stake in the company, Telefónica Group will retain control of Bluevia with a 55% stake.
• The new company is committed to increase the fibre coverage from the current 3.5m to 5m premises passed.
• Bluevia growth is backed by Telefónica’s commitment to switch-off its retail copper network by 2024, accelerating FTTH deployment.
• The transaction values the company at €2,500 million, implying a multiple of 27.1x OIBDA Pro-forma 2022.
• Highly experienced partners combining the infrastructure investment expertise of Crédit Agricole Assurances/Vauban as well as Telefónica’s capabilities in the deployment and operation of fibre networks. 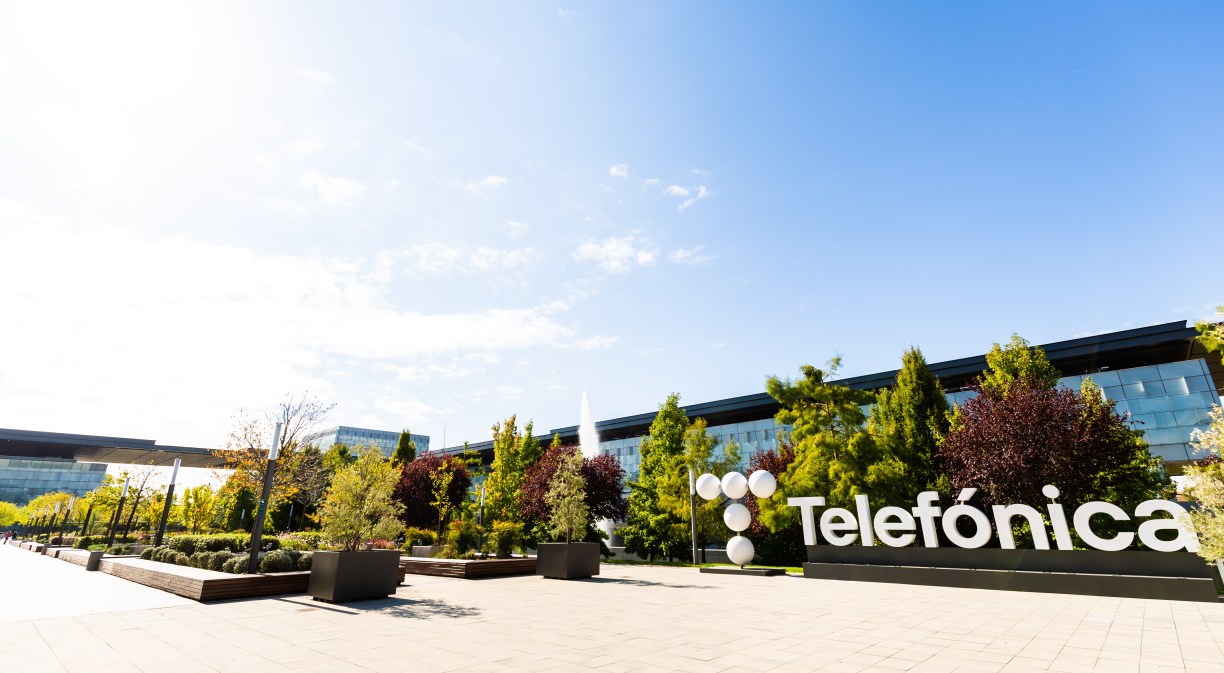 Telefónica Group, one of the greatest telecommunications services operators at a global scale, and the consortium Crédit Agricole Assurances (“CAA”), the first bank insurance Group in Europe, and Vauban Infrastructure Partners (“Vauban”), a leading long-term infrastructure investor, have reached an agreement to set up Bluevia Fibra, S.L. (“Bluevia”), a unique platform for the commercialization and deployment of a fibre network (FTTH) in Spain, mainly in rural areas and with limited overlap with other networks.

The consortium formed by CAA/Vauban will acquire a 45% stake in Bluevia from Telefónica España through an upfront consideration of €1,021 million in cash, valuing 100% of Bluevia at €2,500 million, which represents an implied multiple of 27.1x over the company’s proforma estimated OIBDA for 2022. Upon completion of the transaction, Telefónica Group will retain a 55% stake in Bluevia and CAA/Vauban will retain the remaining 45%. The 55% stake owned by Group Telefónica will be held by Telefónica España and Telefónica Infra, with 30% and 25% stakes respectively.

As a neutral wholesale company, Bluevia will manage and deploy a fibre network in low populated rural areas in Spain and low overbuild with third operator’s networks. Bluevia will offer wholesale FTTH access to all telecommunication services providers. Based on an initial footprint of 3.5 million premises currently passed acquired from Telefónica España, Bluevia will increase its network to 5 million premises by 2024, bringing ultrafast broadband access with a greener technology to underserved areas. These 3.5 million premises to be sold to Bluevia represent 13% of Telefónica’s FTTH network in Spain, whilst Telefónica España retains full ownership of the rest of the network.

Additionally, Bluevia will benefit from Telefónica España’s operational and commercial capabilities as well as from fibre network deployment with focus on the areas where Telefónica has copper clients as it has committed to switch-off its retail copper network by 2024.

Emilio Gayo, Telefónica Spain Chairman, commented: “We are very excited about this project that will allow Telefonica España to remain the undisputed leader in fibre and will be a key lever to accelerate the deployment in rural areas as we continue to move forward in our commitment to shut down the retail copper network and to promote better connectivity in a more efficient and sustainable way”.

Telefónica Infra CEO, Guillermo Ansaldo, added: “We are very enthusiastic about the opportunity to partner with Crédit Agricole Assurances/Vauban and form a longstanding partnership together with Telefónica Spain, strengthening Telefónica Infra’s investment portfolio. With this new venture, Telefónica Infra now has FTTH vehicles in Spain, Germany and Brazil together with Telefónica’s operating units in each of those countries and in partnership with top tier institutions such as Crédit Agricole Assurances/Vauban, Allianz and CDPQ respectively”.

Philippe Dumont, CEO of Credit Agricole Assurances added: “we are proud to announce this new operation, which is fully in line with the long-term investment and diversification strategy of Crédit Agricole Assurances, a strategy which is illustrated through the financing of large-scale projects in favor of the revitalization territories alongside major industrial players in the infrastructure sector. This stake in Bluevia, the largest Spanish fiber optic network in rural areas connecting more than 5 million households by 2024, also meets the societal commitments of the Crédit Agricole group to promote access to digital technology for as many people as possible in the regions. The Bluevia activity will have a positive impact on local development and the revitalization of rural areas through the provision of a modernized telecommunications network, reducing the digital gap between territories”.

Gwenola Chambon, CEO and founding partner of Vauban Infrastructure Partners said: “We are very enthusiastic to partner with Telefonica to create a unique FTTH platform, Bluevia, to connect more than 5 million premises in rural regions in Spain by 2024. This operation leverages on our strong experience in Fiber, including with Credit Agricole Assurances through our Vauban Infra Fibre platform, and on our deep presence in the Spanish market. It is at the core of our strategy of building blue-chip partnership with industrial partners such as Telefonica, while helping create value for local communities and all stakeholders”.

The transaction is subject to obtaining the corresponding authorizations from the regulatory authorities and the closing is expected by the end of 2022.

Press room
#Diversity
Telefónica, first Spanish company to participate in ‘Generation Valuable’
Blog
#Telefónica
What happened in the world the year Telefónica was founded?
Press room
#Telefónica
Telefónica launches MAIA, a platform to promote the reuse of its network equipment