Why does Latin America matter?

The report, developed by Elcano Royal Institute, highlights the benefits of strengthening relations between Latin America and the EU. 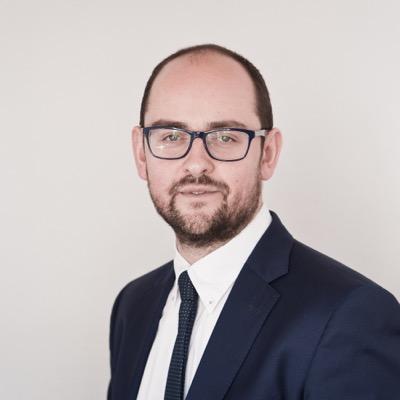 Carlos Rodríguez Cocina, European Regulation Director of Telefónica, presented this week in Brussels Elcano’s Royal Institute report “Why does Latin America matter?”. The main object of this document is to draw the attention of the European Union Institutions, to the potential offered by Latin America and how to  strengthen bi-regional relations.

Carlos Rodríguez Cocina during the presentation of the report

“Latin America feels close. The language, the values, the culture, the people. Latin America is part of what we usually refer as The Political West. Most countries are consolidated democracies and market economies. If one compares with other regions of the world – Asia or Africa – it is clear, that Latin America is the closest to Europe, in all aspects” said Carlos during the presentation of the report.

The executive also highlighted Telefónica’s investment in the region: more than 130 billion euros invested in 14 countries it has been the main private foreign investor in the last few years; Telefonica’s annual fiscal contribution is above 7.5 billion euros; 69 thousand direct employees. He also emphasized it’s commitment with entrepreneurship and digitalization from the very beginning. When many only saw Latin America as a source of raw material, Telefónica launched the first WAYRA academy, a digital start-ups programme and an accelerator.

Likewise, Sergio Jaramillo commented that “cooperation between the EU and Latam is essential to maintain the region as a safe and peaceful area, without armed conflicts, something that cannot be taken for granted. There are priority aspects such as inclusion in connectivity to fight against regional imbalances in Latam countries”.

The executive also stressed the idea that all the work carried out in political summits and working groups should crystallize into concrete projects.

As for Edita Hrdá, she commented that they are still working on the drafting of the new EU strategy towards Latin America, a document in which Telefónica has contributed by highlighting aspects related to digitization.

Four perspectives to understand the current situation of the region

The report is based on a fourfold perspective that seeks to emphasise the interests of every type that Europe already has with Latin America and the potential benefits that could derive from a considerable improvement in bi-regional relations.

Lastly, the fourth perspective looks at how Latin America understands its connections to the world and how its leaders and citizens interpret what they need to do to be present in it and relate to globalisation in a much more effective way. This involves being aware of the way in which the world’s main actors, starting with the US and China, interact on the international stage and what the implications of these actions are for the EU. This is a reality that is borne in mind throughout the report, which at no time assumes that a prerequisite for greater European presence in the region consists of unbridled competition with other global powers.

“Certainly there is much room for collaboration on different fronts: trade, investments and services, digitalization and industry, migration, energy and climate change, security and defense, and culture; there are many things we can and we must do together, in order to develop a common agenda. Because of the global political climate, the moment to do so is right now, and it can be crucial not to miss the opportunity” highlighted Telefónica’s executive.