What do Spanish Millennials identify as ‘life accomplishments’

The largest and most comprehensive study of millennials – the Global Millennial Survey - reveals fascinating insights into ‘Generation Y’ "The meaning of life is to give life meaning",... 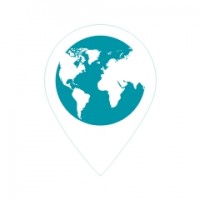 “The meaning of life is to give life meaning”, Ken Hudgins. This quote seems somewhat contrived but nevertheless, it carries with it a certain amount of gravitas and had been in the back of my mind until I took to writing this blog.

Some time ago, I wanted to understand how much energy we use each day in pursuing our dreams; those ambitions identified early in our lives as becoming life accomplishments.

In many cases, as the realities of adulthood bite, those ambitions usually gather dust as employment and other responsibilities become more immediate priorities. Nevertheless, a recent survey asked Spanish millennials (those aged between 18-30) what for them would define a life accomplishment and although some of the results are obvious, others are less so.

It’s no surprise that when young Spaniards were asked about employment, a staggering 87 percent felt that making it to the top of their career would be a life accomplishment.

With Spain continuing to experience economic hardship and high youth migration levels, it’s young people who have suffered immensely but they’ve also been identified as the one demographic that could secure Spain’s long-term prosperity.

This was highlighted in a recent post, which identified entrepreneurialism as the route out of Spain’s economic woes and was subsequently recognised as another aspiration for Spain’s millennials by the survey.

76 percent believe that becoming an entrepreneur would be a life accomplishment – the highest percentage of millennials surveyed across Western and Eastern Europe, according to the Global Millennial Survey (GMS)

Although the survey clearly showed that more support was needed to nurture entrepreneurialism in Spain, this is a positive insight as the world’s economy becomes more reliant on confident, self-starters who pursue their ideas from creation to delivery

This paints millennials in a positive light but there are those who are critical of ‘Generation Y’. Jean Twenge, the author of the 2006 book ‘Generation Me’, identifies millennials as having ‘a sense of entitlement and narcissism’ and questions the notion that millennials are more civically-minded than previous generations.

Worryingly, a mere 3 percent identified their participation in Spain’s political system as a key milestone in their life accomplishments and less than 50 percent said that they always participate in their country’s political processes.

Although political apathy remains an issue, one generational stereotype that has plagued young people not only in Spain but around the world was stanchly rejected by those millennials surveyed.

More traditional questions found that only 27 percent believed marriage to be an important life accomplishment but almost 50% wanted children – a somewhat worrying insight into the sanctity of marriage in Spain compared to previous generations but despite the differences in opinion and outlook, these numbers only provide a glimpse into the aspirations of Spain’s growing millennial population.

The one insight that matters the most was that 86 percent just wanted happiness over all else and I hope that when the Global Millennial Survey returns later this year, that life accomplishment continues to be the one that matters 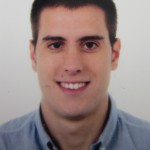 This post has originally been published in the Telefónica Global Millennial Survey blog.