Since 2009, the WELT Economic Summit annually brings together policy makers and business leaders in Berlin to discuss Europe’s most pressing challenges and opportunities. For the first time in its history, this forum was held in Paris under the title “Vive l’Europe: how to move Europe forward?”, at the beginning of October.

Among the speaker were senior policymakers,  such as Ursula von der Leyen (president-elect of the European Union Commission), Bruno Le Marie (Minister of Economy and Finance of France) or Robert Habeck (federal co-president of the Greens of Germany). The event was also attended by large European and international companies, like Telefónica, Vodafone, Huawei, Daimler, Lanxess or Lufthansa, among others.

Beyond the reflections on the impact of Brexit, the conversation focused on the importance of technology, innovation and digitalization for the continent. The general feeling was that Europe should take the necessary steps to seize the opportunity and lead its own way towards a sustainable, human-centric digitalisation and based on shared European values. 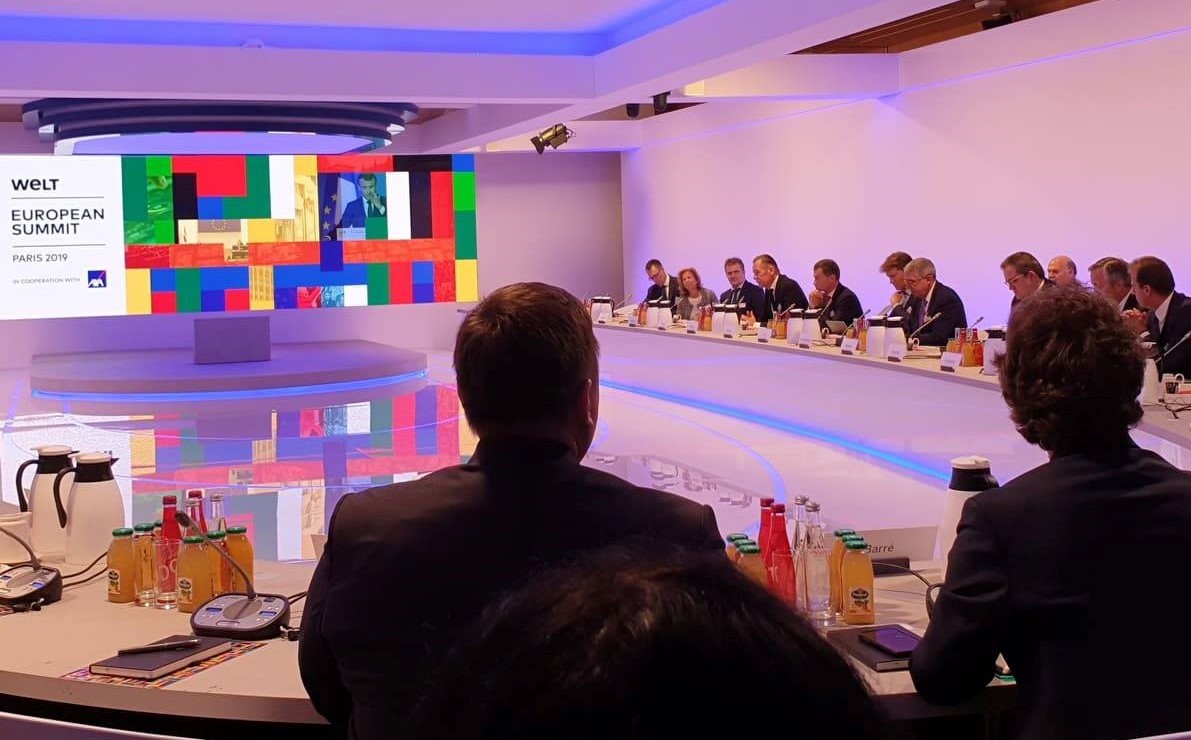 An industrial strategy for the digital economy

The debate underlined the need for Europe to develop an industrial strategy for the digital economy. Investments in infrastructure, especially in fibre and 5G, requires a united European market, as well as stronger and larger operators. At this point, market consolidation and safeguarding infrastructure-based competition are priorities.

In order to achieve European leadership in 5G, one participant proposed the return of spectrum  costs to operators, in return for compliance with ambitious deployment obligations. This would free billions for investments in 5G infrastructures instead of financing public budgets.

One of the attendees mentioned that Europe does not manage to stand out in the development of B2C (Business to Consumer) products, given the lack of a single market, but the region can become a leader in B2B (Business to Business) and in the consolidation of Industry 4.0, where Europe continues to be a world leader. Another attendant explained that key technologies, such as Artificial Intelligence, Blockchain, or even the latest generation batteries for electric vehicles, need subsidies for investment. In relation to this approach, it was proposed to use licences, as is the case in the telecommunications industry, for new services, such as autonomous cars. In this way, European standards with a global impact would be generated as it was the case with GSM in mobile.

In this sense, it is fundamental that companies can innovate and cooperate more easily in the development of technological standards, while their products are competitive in the market. This will only happen if competition authorities are more open to cooperation and are inclined to trust companies.

These latter ideas are closely related to the need to modernise policies, not only to create a level playing field for European companies to compete globally, but also to achieve an inclusive, fair and sustainable digitalisation.