At the Cable Congress Policy Session on 7 March, Georg Serentschy made some interesting remarks on the incentives for high speed broadband roll, which hopefully announce an era of a more... 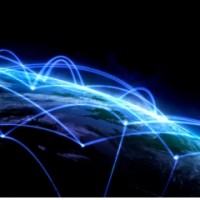 At the Cable Congress Policy Session on 7 March, Georg Serentschy made some interesting remarks on the incentives for high speed broadband roll, which hopefully announce an era of a more investment friendly regulatory climate in Europe.

Mr. Serentschy is the head of the Austrian Regulator RTR and he is BEREC chair for 2012. He commented on the recent WIK study, commissioned by ECTA, which claims that a more rigorous implementation by NRAs (national regulators) of the NGA (Next Generation Access) Recommendation would spur investment. On this point Mr. Serentschy observed that there is no correlation between the speed of NGA roll out and following the NGA Recommendation more closely or not; for instance Norway and Switzerland have very developed roll outs of NGA and do not follow the Recommendation at all. He also gave his view on the proposal of the European Commission to reduce wholesale access prices of the copper lines as an incentive mechanism for fibre roll out. On this point he was very clear saying that, on the contrary to the intentions of the EC proposal, lower copper lines prices will not lead to faster roll out. He mentioned that platform competition is the most effective driver for NGA roll out, and he expressed his scepticism about any industrial policy driven by regulatory pricing policies.

I think the latter point is mostly interesting, as indeed the policy needed to create an investment friendly climate is not a matter of changing costing methodologies of wholesale prices. If Europe wants to catch up with fibre roll out we need a holistic forward looking approach that touches up on several levers. A main issue is demand and any policy to stimulate demand is helpful. On the supply side a technological neutral policy view is the most appropriate to stimulate platform competition between next generation mobile and fixed networks, the latter including other technologies than FTTH.

Mr. Serentschy mentioned rightly that investors don’t like disruptive changes, but foremost we will have to give investors in telecom a signal that investments in NGA networks will give returns that are in proportion to the high risk of those investments and that those returns will be maintained by a stable regulatory framework over a period long enough to recoup the investment. In my opinion, it is doubtful that any cost based approach will convince investors.