The EU: winner of the 2012 Nobel Peace Prize

On 12 October, the Norwegian Nobel Committee announced that the Nobel Peace Prize for 2012 will be awarded to the European Union .  The prize-awarding body decided to reward the... 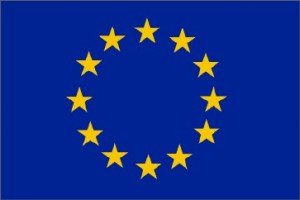 On 12 October, the Norwegian Nobel Committee announced that the Nobel Peace Prize for 2012 will be awarded to the European Union.  The prize-awarding body decided to reward the European Union, among a total of 231 candidates (individuals and organizations), for over six decades to the advancement of peace and reconciliation, democracy and human rights in Europe.

The price has been very well received by the main EU representatives such as:

–          José Manuel Durao Barroso, President of the European Commission, who stated that receiving this Nobel Peace Prize is not only a great honor for the European Union but also for all the 500 million of European citizens, all the Member States and all the European institutions. He also said that the values that the European Union promotes (i.e. freedom, democracy, justice, the rule of law and respect for human rights) are the ones that people all over the world aspire to.

–          Herman Van Rompuy, President of the European Council, who stated that “the European Union is really the biggest peacemaking institution ever created in world history, and we have still a mission of promoting peace, democracy, human rights – in the rest of the world. So this is recognition for the work of our predecessors and of all our citizens during the last six decades, and it is the responsibility of European leaders to pursue this work, so that future generations can still enjoy all the benefits of the European Union.”

Externally, this award has been seen by international analysts as morale boost for the European Union as it struggles to resolve its debt crisis.

As a multinational corporation with presence in 6 EU countries, Telefónica congratulates the EU for its work in the promotion of peace and reconciliation, democracy and human rights, and for being awarded with this important distinction.

Now it is the turn of the EU institutions to decide how to use the money received with the prize ($1.2 million) and who will pick up the gold medal and give a lecture at the ceremony in Oslo on 10 December!