The dizzying pace of drones

Drones are the present, but, above all, they are the future. A future that is being written at a dizzying pace every day. 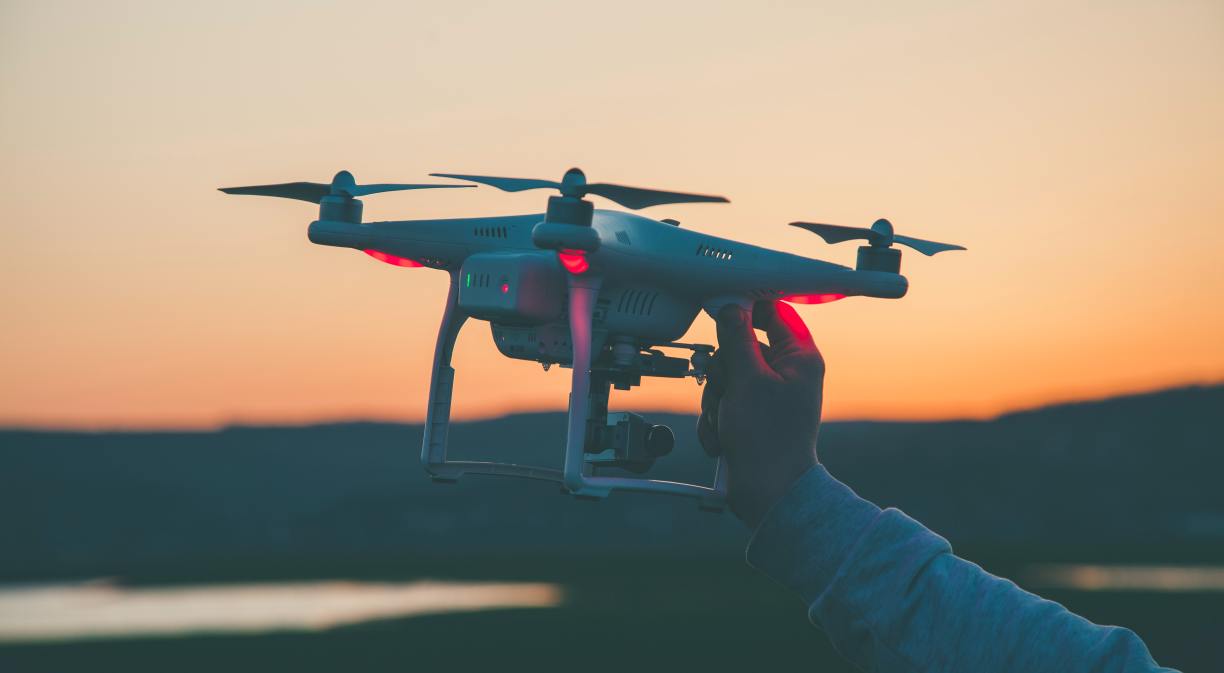 The fiery lava that engulfed the slopes of the island of La Palma was forcing life down the valley and towards the sea, at an unstoppable and uncontrollable rate. On television we could follow the bright stream of the lava flows and see their devastating activity.

Watching them take to the skies over the island of La Palma, we could see that drones are the present, but they also are, above all, the future, a future that is being written at a dizzying pace day by day.

In keeping with this philosophy and given the expansion of this aerial technology, the First International Drones Congress, Drones Future, was born, an event that was a meeting point for all recreational and professional drone pilots, where they could learn about new trends and innovative projects: a window to the future.

Among the novelties is the “first commercial air taxi of Spanish manufacture.” Lilium is the first air taxi to go into mass production and it is expected to start commercial operation in 2024 and be able to carry passengers inside its vertical take-off crafts.

Although the project has German origins and investors all over the world, part of the development of the aircraft is being carried out in Spain. Since 2018, it has applied for certification at EASA (European Aviation Safety Agency) and FAA (Federal Aviation Administration) so as to be able to fly.

Artificial intelligence applied to drones has enabled the development of novel and effective solutions for all kinds of environmental projects: farm monitoring, already tested on mushroom farms, and optimisation of plastic waste through advanced photogrammetry, with the resulting environmental added value.

It also allows for the detection of buried structures by analysing the vegetation cover, and for calculating production volume and daily growth of plantations and the sustainable use of nitrogen fertilisers in rotational crops.

A typical crop rotation involves growing tomatoes from May to August, beans from October to May and strawberries from June to May. By providing the necessary fertilisation through irrigation, approximately 50 percent of fertiliser costs is saved, based on the information provided by the drones.

Another innovative project is Lazarus, a drone whose artificial intelligence provides flight autonomy, allowing it to perform autonomous missions indoors or outdoors without the need for GPS or visual markers. This device has multiple applications in surveillance, monitoring and inventory maintenance in large warehouses.

It is able to autonomously detect which items need to be restocked and it can also determine the exact location of a certain product or supply.

Born at the dawn of the 20th century–the first sketches of drones emerged at the beginning of the First World War (1914 to 1918)–the early stages of these unmanned flying objects had purely military objectives: the possibility of use in high-risk or difficult access areas and, on the other hand, the fact that they do not need to be operated by pilots in the combat zone.

Developments of this idea today foresee a wide variety of uses and are not limited to the world of work alone. It also covers multiple options related to leisure and play.

Thus, drone choreographies are envisaged as the fireworks of the future: equipped with powerful synchronised LEDs, swarms of drones will be able to form incredible moving figures, full of light and colour, drawing their trajectories in the sky to the rhythm of the music.

Drone shows offer a new way of communicating messages and transmitting sensations to large groups of people with a powerful visual impact during advertising and public information campaigns, festivals and all kinds of events.

Drones are also breaking into the world of security and crime prevention. With these devices, crime can be fought on an international level, by monitoring sensitive areas, developing security protocols and performing forensic analyses as well.

In February, Telefónica unveiled its automated drone management platform, intended for use in both the public and private sectors, with a particular focus on video surveillance, infrastructure maintenance, incident management and emergency control.

By means of the management platform, Telefónica’s tool allows a fleet of drones to fly autonomously from any geographical point on the planet.

For this purpose, it has different navigation systems, sensors, guidance systems and vision and artificial intelligence tools, making these devices capable of carrying out operations in remote and difficult-to-access areas.

In order to develop these capabilities, the telecommunications company is working on 5G logistics projects with Correos and El Corte Inglés and is also collaborating in the tests being carried out in central London, where a network of drones is transporting small goods, including medicine.