The cities of tomorrow

Can cities reinvent themselves in order to better serve their citizens? Currently approximately 4,000 million people live in the city, and it is expected that by 2050... 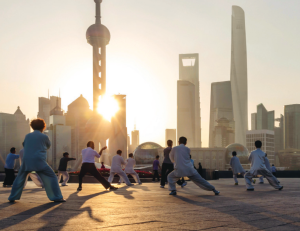 Can cities reinvent themselves in order to better serve their citizens? Currently approximately 4,000 million people live in the city, and it is expected that by 2050 this number will have gone up to 6,500 million. In order to understand how to face the problems that this trend may cause, Economist Intelligent Unit, in collaboration with AkzoNobel, have launched a new report which explores the ways in which these cities could adapt to their inhabitants in order to better respond to their needs.

Among other worries, the specialists involved in the report have outlined their points of view regarding how to obtain more efficient transport, cities in which diversity reigns and which are more accessible, or regarding those where the environment is respected and the advantages offered by technology can be adopted.

The technological revolution demanded by the new Smart Cities does not only address the needs of the citizens, but also takes into account climate change and invests to create jobs. This development and technology must, now more than ever, have the human being as its nucleus. It is also worth pointing out that 90% of growth in cities is being produced in Asia and Africa, regions which lack the resources to adapt to the forces of urbanization, which further highlights the need for inclusive policies for development which are supported by technology as an engine for progress.

Do you think designing 100% intelligent and sustainable cities only belongs in science fiction? The city of Masdar is one example of what we can do if we take advantage of the opportunities. Located in the Abu Dhabi desert, this urban nucleus has been built to create zero carbon emissions, becoming a model to follow due to its carbon footprint. However, and although it is a good idea, the irony is that due to the global financial crisis it is, despite existing, a utopia in itself. One of its main contradictions is that, due to the lack of affordable housing, the few workers that there are in Masdar are obliged to travel to the city in their own vehicles, which does not exactly contribute to minimizing the carbon footprint.

Ripin Kalra, from the Max Lock Centre, says that the cities of the future must be sensitive to the values of the inhabitants, taking into account the elderly, the unemployed and the young, who despite not being economically active, have an important role to play in the planning of cities. It is in details such as having buses with lower steps that can make life easier for the elderly. An example of this is the city of Akita in Japan, which has undergone a restructuring of its planning in order to improve the lives of elderly citizens.

We hear a lot about new technologies applied to urban development but… How can ICT provide solutions to make cities more efficient thanks to Smart Cities? Is this a reality? Although in many cases it is viewed as a utopia, there is current data which suggests that intelligent cities are an effective tool in making them more sustainable. Thus, for example, in some of the projects that Telefónica is already working on, it can be seen that thanks to energy efficiency in buildings or in public lighting, in some cities in Latin America and Spain savings of 10% have been achieved in electricity costs.

The cities of tomorrow demonstrate the need to look for services and products supported by ICT, which allow the limited resources of the planet to be optimised, and consumption of an increasingly numerous population to be reduced.

Ultimately this means appreciating, understanding and valuing people as an important pillar of the city. New technologies thus become a tool for empowering and placing people at the centre as a principal value, creating and designing an ecosystem where human interaction can prosper in a sustainable, responsible manner with respect to the environment.