The big collection drive for Ukraine: a Telefónica story of generosity and empathy

Telefónica has once again demonstrated its commitment to people in need. This time, by collecting basic necessities for Ukrainians, reaching 6 tonnes in 8 days. 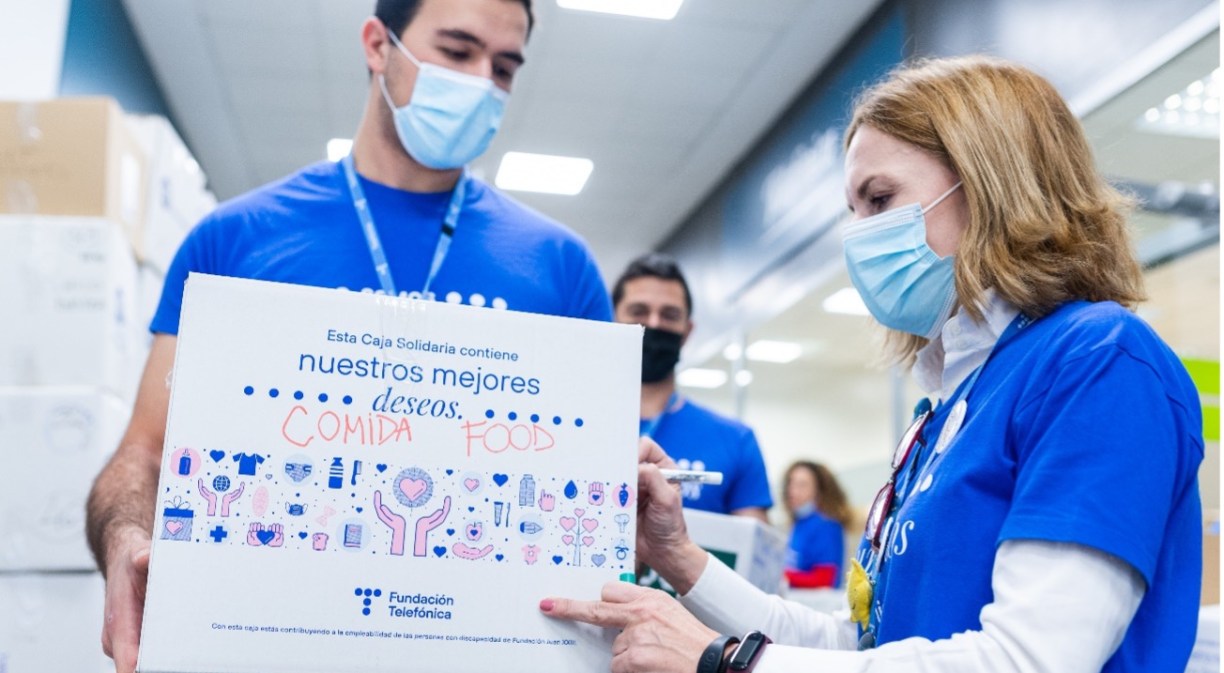 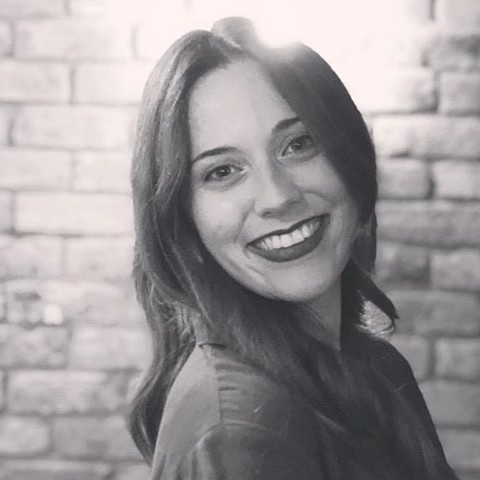 In recent weeks, the war in Ukraine has been in our hearts and thoughts. So far, 18 million Ukrainians have been affected by the war, with 6.7 million internally displaced persons and nearly 3 million refugees, according to UN figures.

In situations of injustice, people bring out their most caring side to help. That’s why, in light of the horrific situation that has been unfolding in Ukraine for the past few weeks, Telefónica Foundation has mobilised over 100 Telefónica volunteers to do their part. The response was huge, with 6 tonnes of products collected over eight days.

This initiative was part of the #SolidaridadUcrania campaign, in which collection points have been set up in seven areas of the Distrito Telefónica in Madrid so that people can donate basic necessities for people affected by this war.

From non-perishable foodstuffs to intimate hygiene products, medicines and first aid materials. “We even collected toys and dummies for babies. When you see that people are donating these kinds of items… It really moves you,” says Ana Belén Macarro, the volunteer from the Business Planning department who was in charge of coordinating the entire collection drive. 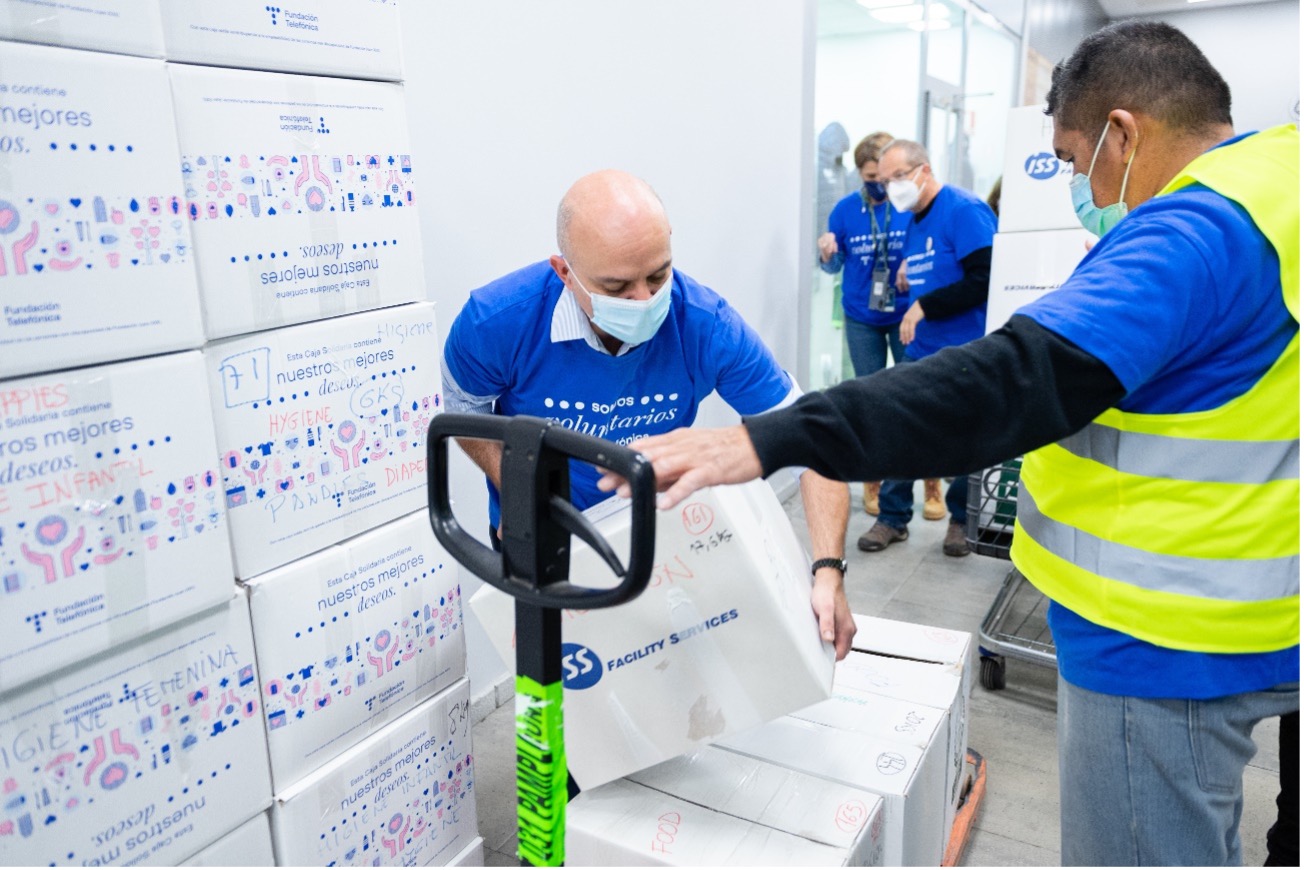 “I said yes in a heartbeat,” she recalls. She then created a Google Form so that volunteers could sign up. 115 Telefónica employees did so in the first day, with more joining as the days went by. After organising each of them according to their schedules, availability, etc., on Wednesday 9 March they began the collection drive. Initially, news of the initiative spread by word of mouth, supported by internal communications and employee newsletters, as well as promotion by Telefónica Foundation. The days went by and finally, on Friday, when they weren’t expecting much because it was a very rainy day, “the work of the previous days began to bear fruit,” Ana Belén says. 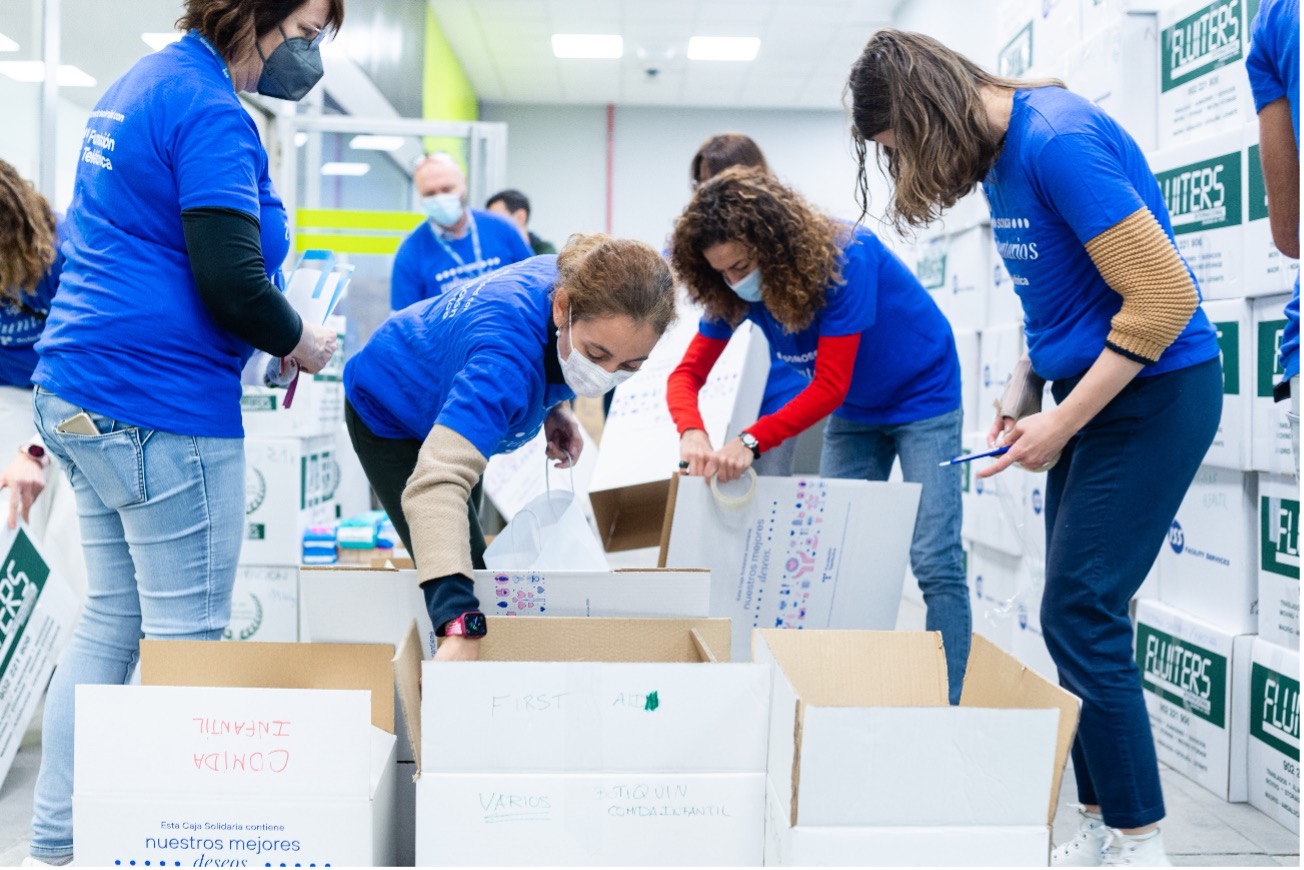 A human chain as a show of solidarity and empathy

Over the course of these days, the collection grew considerably, reaching the last day, Wednesday 16, with 6 tonnes of products. All this was possible thanks to great teamwork. Not only among the volunteers who made this initiative possible, but also thanks to everyone who took the time to go to one of the points set up and donate items. Ana Belén recognises that everything is easier when you have the support of a team moved by their hearts and passion for helping.

So, after days of hard work, sorting the items, putting them in boxes, weighing them, etc., the volunteers gathered last Wednesday 16 March, and formed a human chain to load all the boxes into two lorries. Dozens of people participated in this hard work over the course of a couple of hours. Their excitement and gratification for helping thousands of people was palpable in the atmosphere.

Ignacio Charfole, manager of Development, BI Governance and Big Data, and one of the volunteers, says he especially remembers the moment when “we finished taking all the boxes out of the warehouse and saw the last lorry leaving and our colleagues started clapping spontaneously”.

These lorries were bound for the Valencian Community. And the following day, Thursday 17, a convoy left Valencia with all the items collected in Madrid, Alicante and Valencia, heading for the Polish-Ukrainian border.

All this was coordinated with the Government of Valencia and the governments of Ukraine and Poland. “There is an agreement between the Polish and Ukrainian governments in which they guarantee us that all these items will reach these people,” explains Ana Belén. 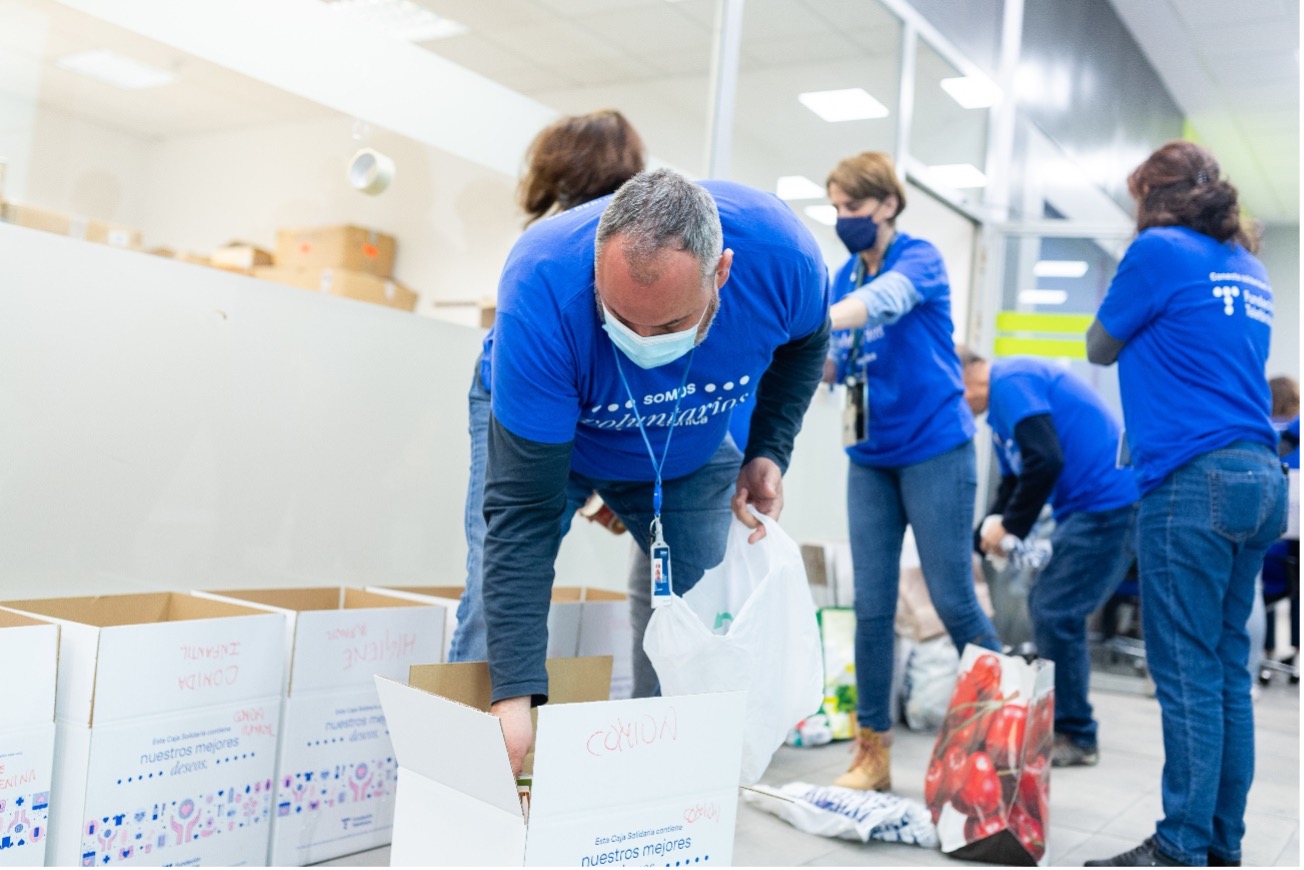 Generosity: a value on the rise

Relatedly, Fintonic reported in its “Radiografía de la Solidaridad en España” study that in 2018, one in four Spaniards made a financial contribution to a charitable project.

Generosity is one of the values we value most in people and, with events such as those Ukraine is experiencing, we can see the empathy and exceptional nature of human beings. We already saw this at the beginning of the COVID-19 pandemic, when we could not leave our homes and people helped those most at risk, as well as during other wars and crises that continue to affect various countries.

“We are much more generous than we realise and it’s exciting to discover that our colleagues are engaged people, eager to help when needed”, says Ignacio. If there is one lesson that these volunteers, who have dedicated their time to helping others, can teach us, it is that anyone can do it, you just have to want to.

In Ana Belén’s case, it was clear to her that her guiding star was on the border between Ukraine and Poland, with all those families in need of support and help. Once again, it shows that when we are moved by love and the desire to help others, and work for the same goal as a team, we are capable of achieving incredible things. 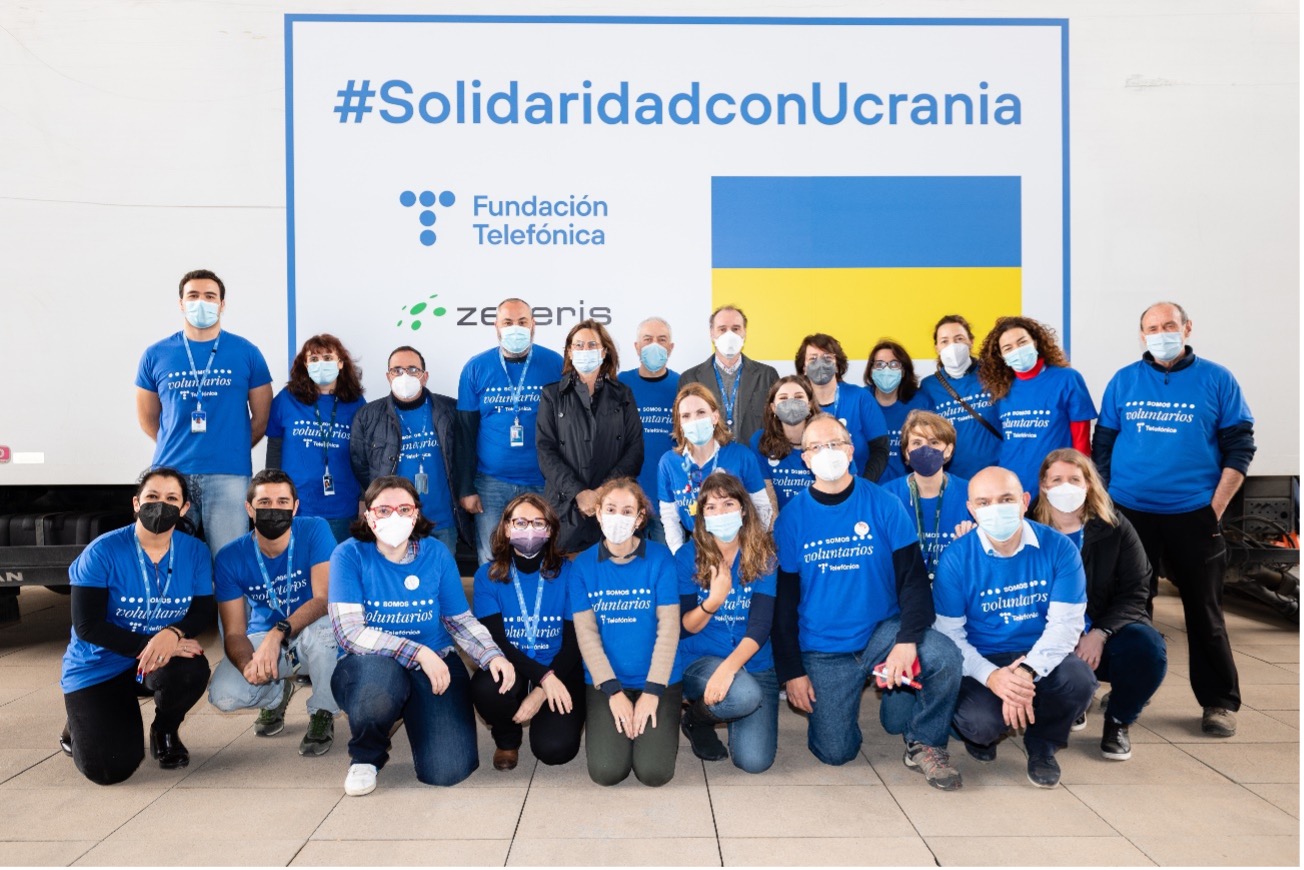