Telefónica has painted the Mobile World Congress in Barcelona green. The different presentations on the environment and digitalisation have had a golden touch: a GLOMO Award for its Renewable Energy Plan.

Telefónica has painted the Mobile World Congress in Barcelona green. The different presentations on the environment and digitalisation in order to share with the world the importance of doing business respecting the planet, have had a golden touch: a GLOMO Award for its Renewable Energy Plan.

The award corresponds to The Green Mobile Award category for its contribution to social well-being.

100% of Telefónica’s electricity consumption in Europe and Brazil is already from renewable sources. 58% at a global level

“The decarbonisation of the company not only requires maximum efficiency in the use of energy, but also that this energy come from clean sources”, says Maya Ormazábal, Environmental Manager at Telefónica.

“For this, Telefónica has a Renewable Energy Plan with which we have made it possible for 100% of electricity in Europe, and 58% on a global level, to come from emissions-free sources. With this, we have been able to advance in the fulfilment of the objective that we had defined for 2020”, adds Nilmar Seccomandi, the multinational’s Network and Systems Infrastructure Manager.

Ormazábal and Seccomandi accepted the award, dedicating it to the Energy, Environment, and Procurements teams for their efforts. 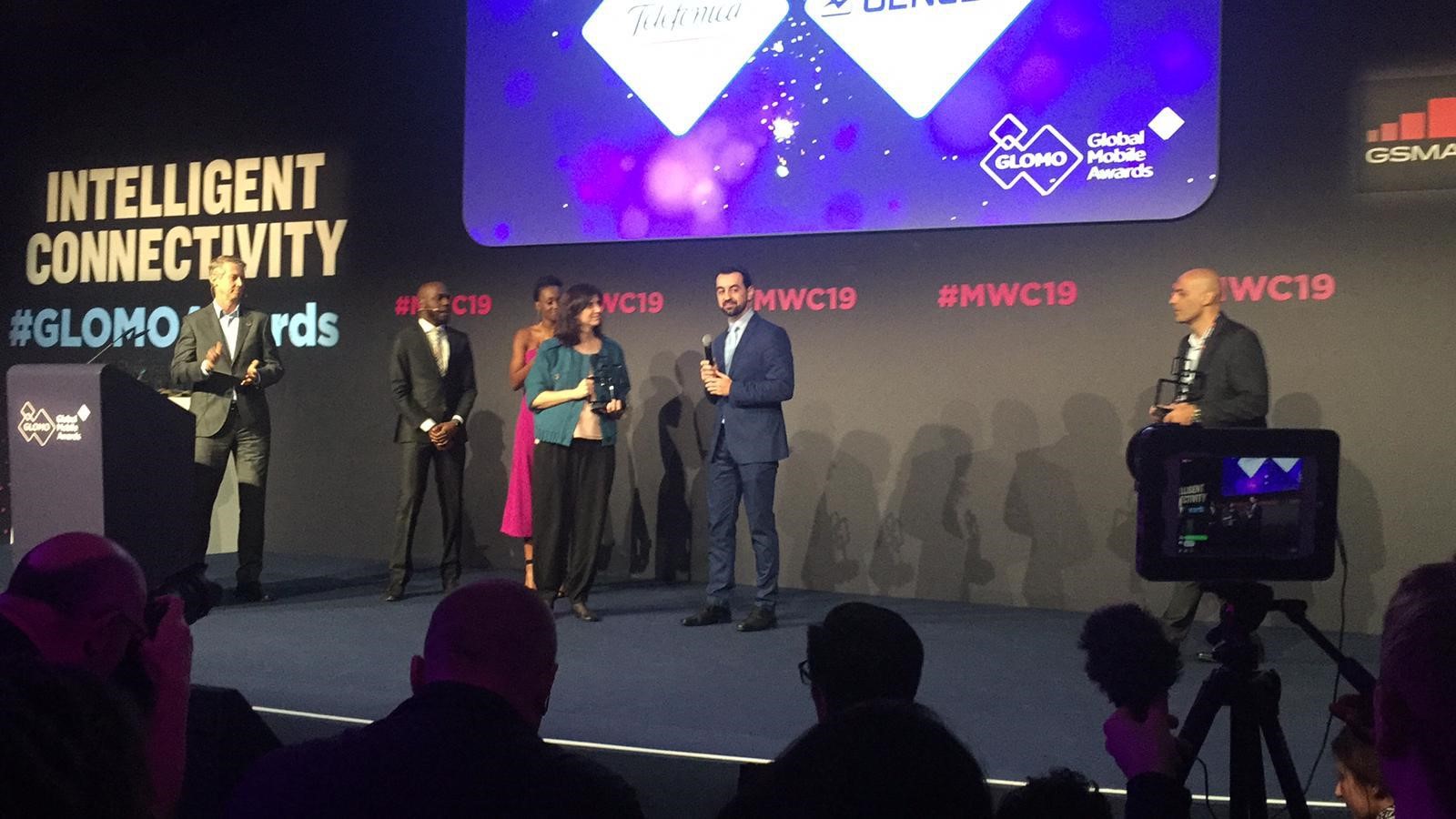 “The change towards clean energies reduces our operating costs and makes us less dependent on the fluctuations in fossil fuel prices”, they assure. Our Renewable Energy Plan projects potential OPEX savings of 6% by 2020, with the possibility of reaching 26% by 2030.

The Plan considers all kinds of solutions: self-generation, the purchase of renewable energy with guarantee of origin, and long-term purchase agreements (Power Purchase Agreement – PPA), with non-conventional renewable energies leading the way.

Two energy purchase projects during 2018 stand out among the initiatives: the purchase of 100% renewable electricity in Brazil, and the start of operations of a solar plant under a PPP agreement for Telefónica Mexico. 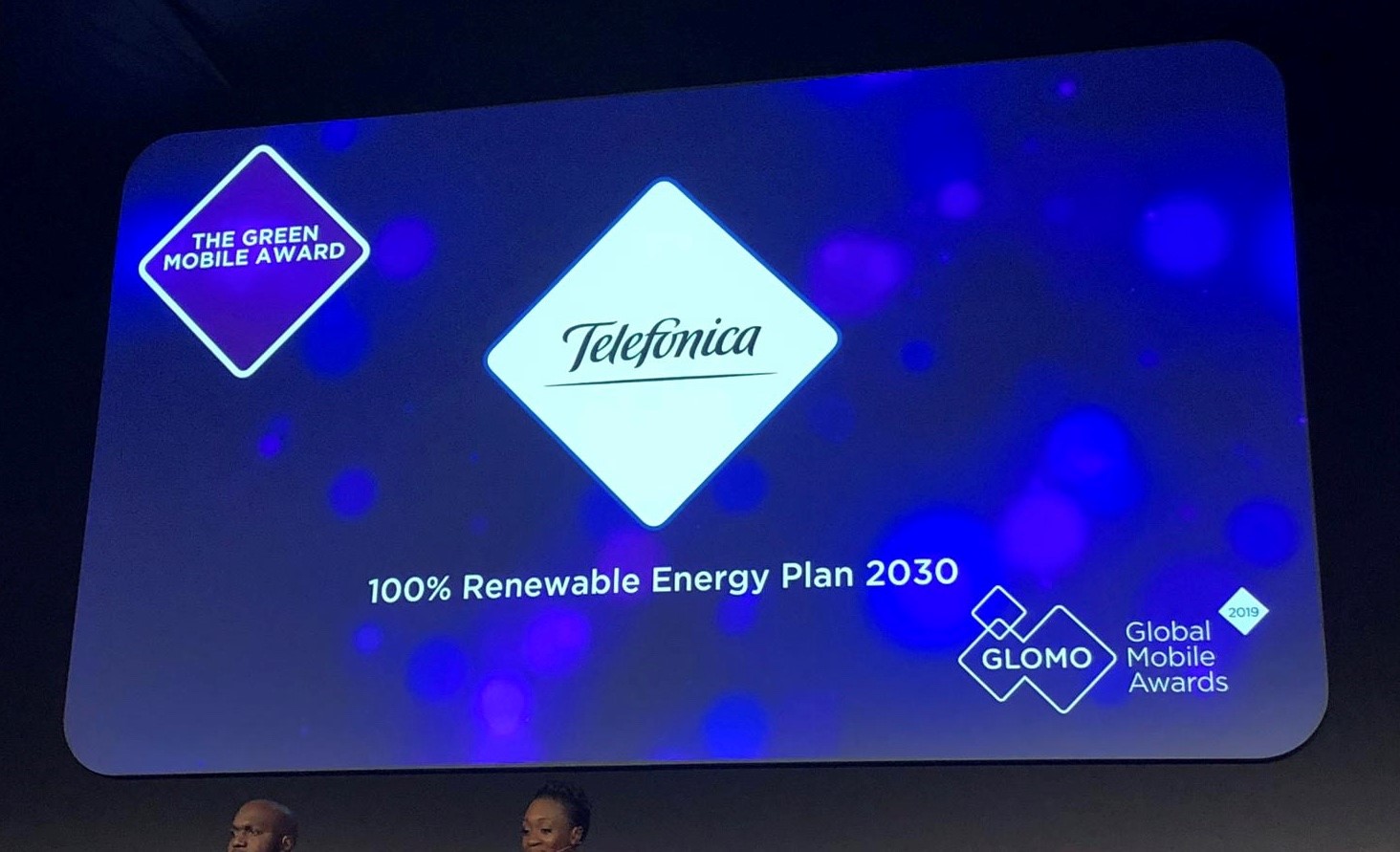 Since November, the operator in Brazil consumes 100% of its electricity from renewable sources. This has been achieved through three strategies: the contracting of green energy in the incentivised free market; the medium-term contracting of energy from small hydro-power stations under a distributed generation agreement; and finally, the purchase of guarantees of renewable origin for the rest of the electricity consumption.

The supply to our operation in Mexico of the largest solar park in the country began in 2018 thanks to the PPA signed between Telefónica and the solar generator. This park will supply 40% of the electricity consumed by Telefónica Mexico over the next 20 years.

As for the self-generation, we gradually increased the base stations of the mobile network functioning with renewable energy, we already have more than 4,300. This will also allow us to avoid the use of fuel generators in isolated areas. Self-generation will, little by little, begin to also be present in other types of installations that consume more energy, such as the Managua MTSO (Nicaragua), in which panels that generate 10% of their electricity consumption have been installed.

In total, 3,382 GWh come from renewable energy. This has allowed us to avoid the emission of approximately 1 million tons of CO2 equivalent. This shows that renewable energies are the key to achieving the decarbonisation of our activities and to reducing our carbon footprint in absolute terms.

The GLOMO Awards jury includes specialists, analysts, academics, journalists, academics, and in some cases, representatives of mobile operators, all of an independent nature