Telefónica, with the young Spaniards of ‘Talentum’

Every day we read, hear or see news about young Spaniards, the best educated generation in our history who, unable to find an opportunity in their own country, are flying to other places... 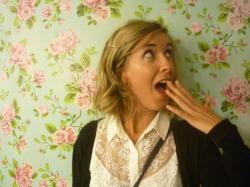 Every day we read, hear or see news about young Spaniards, the best educated generation in our history who, unable to find an opportunity in their own country, are flying to other places where they are recognized for their talent and preparation which has taken so many years and cost so much money.  That migration and loss of national talent have two consequences:   on one hand, the obvious loss of national talent and, on the other hand, the zero development of the Spanish technological and industrial fabric, a sector that can yield great benefits and a promising future for our country.

In order to do its part, last year Telefónica created its Talentum StartUps program, which in the words of the President of Telefónica España, Luis Miguel Gilpérez, represents “a formula to help bright young people with careers in technology to develop and remain in Spain, where we are in need of a strong technological fabric and with a future”.

The program aims to encourage technological entrepreneurship among young graduates in Spain in technology careers, one of the most sought after profiles and which, surprisingly, is declining in terms of the number of enrollments at our universities. In order to reverse this trend and revive the “techie” sector in Spain, the program provides approximately 5,000 euro to each young talent, 80% of which goes directly to the person and the rest to his training, hardware and mentors. Roughly speaking, there are two types of programs: one which lasts three months full-time and in which the Talentum winners create their own start-up, and the second, which lasts for six months, part-time, in which they work on some entrepreneurial project.

This year in addition to the 200 Telefónica Talentum winners, 50 places are being added that the Swedish multinational Ericsson has placed in the hands of the project so that young “techies” can start an entrepreneurial career developing technologies in Madrid and Malaga.

The program was presented last week and the event was attended by Gilpérez himself as well as José Antonio López, Chief Executive Officer at Ericsson Iberia. Furthermore, 70 young talents were present -5 of them have already completed the program – and have recounted their experience in Telefónica Talentum StartUp.

Of the 50 young people who went through the program last year, some have entered Wayra –the catalyst of technology projects at Telefónica-, while others are forming their own start-ups in which they have developed the program or through others, and several of them have entered to become part of Telefónica staff.

Betting on the future at a time when opportunities are scarce, even for the brightest ones.

You can read the original article here.