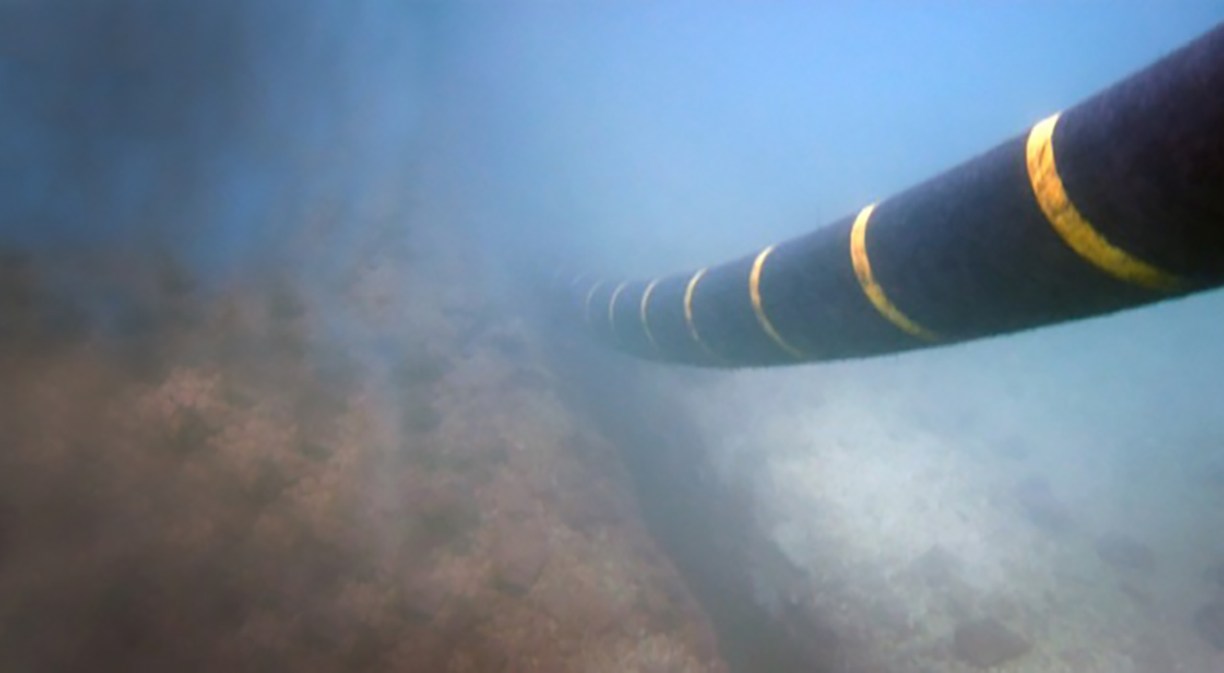 Last September, the media buzzed with the arrival of the so-called Grace Hopper submarine cable to the beach of Sopelana (Vizcaya), a cable which connects the United States with the United Kingdom and Spain. Although newsworthy, this is not new.

For more than a century and a half now, submarine cables have been a part of the oceans and seas.

Nothing would be as we know it if it were not for the existence of submarine cables and all the infrastructure behind them, including the thousands and thousands of metres of copper and fibre optic cables under the sea. We must keep in mind that around 99% of the world’s internet traffic travels over submarine cables.

It was in 1858 that the first cable connection between continents was made. It linked Ireland with the island of Newfoundland (Canada), by means of two ships that met in the middle of the Atlantic to lay more than 4,000 kilometres of cable.

After overcoming many problems, eleven days after the two continents were joined, the first message could be sent, which was a congratulatory letter from Queen Victoria to the then US President James Buchanan.

The cable that linked Ireland and Newfoundland did not last long either, due to an overload and the consequent breakage. However, in 1866 it was replaced by another with various improvements, which marked the beginning of a long and slow journey in the submarine linking of the two sides of the Atlantic, whose latest protagonist is the Grace Hopper, financed by Google, the name of which is in honour of an American soldier and computer scientist.

From the 19th century to the present day, much has changed in the field of submarine cabling. That pioneering telegraphy cable gave way to the telephony cable, whose first transoceanic cable dates back to 1956, with the so-called Transatlantic No. 1 (A-1), which connected Europe and America by means of 36 telephone lines.

The aforementioned cable, which was soon followed by its sibling, the TAT-2, included more efficient plastic insulators, submerged repeaters (amplifiers) with a power supply to speed up the sending and receiving of information through the cables and, later on, coaxial pairs, which exponentially increased the number of channels available for intercontinental calls.

It was not until the second half of the 20th century that fibre optics came along to replace copper. It was in 1988 that the first of the fibre optic cables, comprising three fibre cables, was installed, allowing for a transmission speed of 20 Megabits per second.

In Spain, the first fibre optic cable was the OPTICAN-1, an experimental project of Telefónica (back then Compañía Telefónica Nacional de España) with AT&T linking Las Palmas de Gran Canaria with Tenerife, work on which began in 1985.

This project, which aimed to test the technology, was one of the first to use signal repeaters on deep water routes. It included three pairs of fibres which were surrounded by an elastic fabric for protection, plus steel wires which, in turn, were covered by a copper mesh to feed the signal repeaters by injecting a current into the mesh.

Another leap in communications between the mainland and the Canary Islands was made in 2011, with PENCAN 8 going through Cadiz and Tenerife, including speeds of 5.2 Terabits per second.

Within the historical chronology of submarine cabling in Spain, the MAREA project, which made it possible to lay a cable between Spain and the United States, has a very important place in history. Promoted by Facebook and Microsoft with the collaboration of Telefónica, it involved more than 6,600 kilometres of eight fibre pairs optic cable from Virginia Beach to Sopelana, with a capacity of 20 TBps, making it one of the highest capacity cables in the world.

In 2017, MAREA finally put an end to the 15-year period in which Atlantic connections had only southern Europe, Portugal and France as destinations.

Its open technology allows equipment from different suppliers to be installed and allows it to adapt to technological innovations. In addition, it can carry some 80 million videos at a time or more than 5 billion simultaneous voice-over-IP conversations, and it takes half a second to send ten entire hard disks of 1 terabyte each.

On September 9th,with the arrival of the Grace Hopper, the Biscayan town of Sopelana once again witnessed a new submarine cable landing, which will link Spain with Shirley (New York) and Bude (United Kingdom).

A cable of sixteen fibre pairs, which Google expects to be in operation by 2022, and whose landing was led by Telxius, Telefónica’s global communications infrastructure subsidiary.

The cable is designed to increase service reliability and offer high levels of network speed and flexibility. It will also increase the capacity and power of Google’s services, and improve the overall European telecommunications infrastructure.

But it is not only the connections with the US that are important; Spain is a gateway to Europe for Latin America, as well as for Africa and the Middle East, and it must take advantage of this.

In this regard, the FLAG/FEA cable, which has a length of some 28,000 kilometres and covers the connection from Japan to the United Kingdom, going through Thailand, India, the Arab Emirates, Jordan, Egypt and Italy as well, will pass through Spain, specifically Estepona (Malaga).

It is a market in clear expansion, as shown in the Research and Markets report “Submarine Optical Fiber Cables”from July this year, which states that the global market for submarine fibre optic cables, at $13.3 billion in 2020, will reach $30.8 billion by 2026, growing at an annual rate of 14.3%.

Among the investments planned for the coming years is one of the major submarine cabling projects: 2Africa, financed by Facebook and several telecommunications companies, by means of which some 37,000 kilometres will connect Europe with Asia, the Middle East and Africa, with a stopover in Catalonia.

All of these submarine connections are a clear example that the hyper-connected world we live in demands more and more infrastructures that are capable of transporting data with higher speed and lower latency. The estimated one million kilometres of deployed cables that now exist underwater, as well as the estimated four hundred or so cables, will be dwarfed in the coming decades.