Six Wayra UK businesses, including those from our current cohort, have been featured within the prestigious Startups 100 2015 index – the definitive ranking of the UK’s 100 most innovative and... 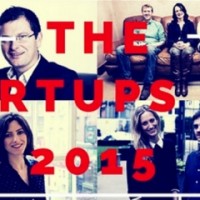 Six Wayra UK businesses, including those from our current cohort, have been featured within the prestigious Startups 100 2015 index – the definitive ranking of the UK’s 100 most innovative and fastest growing start-ups launched in the last three years.

Yoyo, named by Startup.co.uk last year as a top business and who recently announced a $10M Series A, took the 22 spot with their mobile payments wallet. Yoyo’s significant growth, growing client base and experienced team contributed to their high ranking.

Wayra Alumni Quidini (56), who rolled out their team management platform to O2’s stores nationwide, featured alongside minicabit (63), who recently secured lucrative deals with The O2, Wembley Arena, London City Airport and Heathrow airport. Proversity (88), who recently announced plans to expand into Latin America, were our fourth Alumni featured on the list.

WeFarm (85), the social enterprise connecting farmers to crowdsourcing platforms and Shopwave (95), who are projecting £2m turnover for 2015, make up two entries from our current cohort.

Running for its sixth year, the Startups 100 recognises early-stage companies with high growth potential and competition this year was tougher than ever with hundreds of entries from entrepreneurs across the UK.

To qualify for the Startups 100 2015, businesses had to be launched on or after January 1 2012, be privately owned and UK-based with evidence of innovation, solid financials, economic impact and growth potential.

With competition stiffer than ever, among the winning businesses in this year’s index:

The companies have an average of 19 employees

Four businesses have already generated annual turnover of over £6m

While London remains one of the biggest start-up hotspots for the 2015 index, 29 companies are founded outside of London with the North West and South East popular areas for fast-growth start-ups.

The list also reflects several emerging markets including on-demand apps, alternative funding providers, healthy food and drink, and financial technology, with tech standing out as one of the most popular start-up sectors.

This post has originally been published on the Wayra UK Blog.