Andrés Ortega writes about the necessary reconciliation between digitalisation and net zero, a necessarily humanistic and eco-centered process. 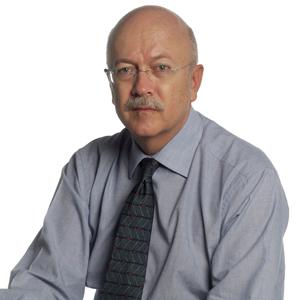 Net-Zero by 2050 is the proposal of the 2015 Paris Agreement on Climate Change to be consolidated at the Glasgow Summit next November. The aim is that greenhouse gas (GHG) emissions from then on will not be zero, but will be removed in natural or artificial sinks, and the net result will be zero. Net-Zero makes physical and economic sense, but it is ambiguous as the scope of emission cuts is undefined and suffers from excessive techno-optimism. On this point, all engineering, including digital engineering, must be honest. The recent International Energy Agency report, arguably the most far-reaching of those published so far, insists that the transition to a Net-Zero economy requires urgent transformation in all sectors, including the emergence of new services and in several cases the building of new infrastructure or the upgrading of existing infrastructure. If Net-Zero were achieved globally, the concentration of GHGs in the atmosphere would stabilise and warming would stop.

Faced with the difficulty of monitoring and controlling the path to 2050, governments (some, even bringing Net-Zero forward by five years) have defined a kind of dynamic target for 2030. The EU, a 55% reduction; Germany, 65%; Spain, 23%, for now, according to the voluntary Climate Law, etc.

Digitalization, including Artificial Intelligence, is a very useful tool to achieve these goals, from planning to operation, and at different scales, from local to system level. It will facilitate a transition that involves collecting quality data on emissions and energy use and using it to create innovative solutions that make the most of digital technology in the service of society as a whole. But, as we argue with Gregorio Martín-Quetglas in our report for the Elcano Royal Institute “Digitalisation with decarbonisation”, the former has another side as a major consumer of electricity. Depending on where this energy comes from, from clean sources or GHG emitters, it will contribute more or less to this Net-Zero. Although statistics shuffle unconnected and difficult to compare data, it is calculated, for example, that in 2018-2020 the digital sector consumed 3% of global primary energy, 7% of electricity and generated 5% of global CO2 emissions.

In this move towards a Net-Zero of digitalization, companies have been ahead of governments and international organisations for some years. For example, Telefónica has reduced its emissions by 61% in the last five years and is committed to achieving net-zero emissions by 2025 in its main markets. The three elements of ICT (Information and Communication Technologies) have their respective dynamics:

In view of this reality, we must reconcile digitalization and Net-Zero, a separation of which many citizens are unaware. It is a reconciliation that is part of the ethics that must accompany the digitalization process, which, in addition to being “human-centred”, or “humanistic”, must also be “eco-centred”. In this respect, the most recent German study by the Bitkom association, with the experience of its 2019 climate law, concludes that the potential for emission savings is six times higher than the current carbon footprint of ICT. This result is the sum of the effects in different sectors, such as: energy (smart transmission grids with real-time information from generators and users); agriculture (soil management, fertiliser control, feed and controlled animal behaviour); industrial manufacturing (massive sensorisation for Industry 4. 0 with real-time simulation at different levels: component, machine, factory); mobility (support for electric mobility, logistics and media integration); healthcare (e-medicine, new medical records, integrated health systems); buildings (appliance control, heating, security, cooling); and work and business (teleworking, business security).

Strict rules must be developed for all digital applications to be developed avoiding certain excesses that we are experiencing in fields such as cryptocurrencies. It will also extend to certain machine learning applications and in some projects related to the internet of things and smart cities. For this reason, a periodic objective and independent evaluation of public-private policies in this area would be necessary and useful, as they should be, in order to assess their costs and environmental results. We propose the development of an environmental barometer to promote best practice across the digital ecosystem at national and European level. In any case, this reconciliation is not only a matter of the responsibility of companies and governments, but also of citizens in their use and consumption of digital technology. Achieving digitalization with Net-Zero is everyone’s business.