Jean-Claude Junker, candidate for the presidency of European Commission, presented on July the 15th his political-guidelines agenda for the next 5 year-term of the EC. This could be... 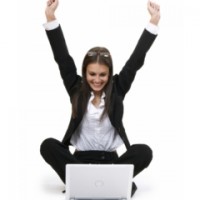 Jean-Claude Junker, candidate for the presidency of European Commission, presented on July the 15th his political-guidelines agenda for the next 5 year-term of the EC. This could be considered a standard practice, but some of the priorities included were not so standard; they could even be considered disruptive, as would imply a quantum-leap towards a more Open Internet on the content and media distribution arena. What Mr. Junker has called for in the Eurozone could be named “Open Content for an Open Internet”. And this proposal is worth to be considered, as Mr. Junker is becoming president of the EC next November.

Nowadays significant geographical restrictions apply to content and media distribution as distribution rights are usually granted on a national basis. This has far reaching impacts on the global, open and increasingly mobile based Internet we are enjoying today.  The first restriction applies to customers when travelling abroad: a customer contracting our Movistar TV service in Spain –or an alike service offered by any other ISP across Europe–, or even Spotify, can access all the contents provided by Movistar TV at his home TV through a specialized service, or at his mobile device, smartphone or tablet, through an Internet connection, both Movistar TV and Spotify. Nevertheless, the customers will not be available to access the contents at his mobile device when, for example, on holidays in Italy; the system detects the customer is outside Spain, and thus access to the service is blocked. This is not an open approach, and while certainly providing a bad customer experience, it is limiting customers’ right to access a service they are already paying for.

Another restriction applies when trying to contract an Internet based content delivery service based in a country different from the country the user accessing the Internet: a user living in Germany can’t contract Netflix Netherlands service, or access a Netherland pay-per-view sporting event as the service can only be distributed within the country limits. This implies customers willing to pay for content might not be able to do so, preventing them to pay for and access the desired content if it is not distributed within the country he lives in. Most ICT savvy customers may find ways to avoid geographical restrictions, but on top of coming to an additional cost, it may be in breach of the service terms and conditions; it could be considered as crossing a red line, so service providers may implement counter actions or even terminate the service.  Geographical restrictions not only constrain customer choice, creating a walled Internet for content, but also limit competition and the free distribution of goods –content– across the EU, resulting on higher prices for consumers.

Junker’s ten point agenda includes “A Connected Digital Single Market” as the second proposal, by which the EU could generate up to € 250 billion of additional growth throughout the 5 year mandate. Junker calls to break down national silos in telecoms regulation, data protection legislation, in the management of spectrum, in the application of competition law and in …. copyright.  Junker wants to ensure that consumers can access services, music, movies and sports events on their electronic devices wherever they are in Europe and regardless of borders. This would put an end to the geographic restrictions for content delivery, expanding markets for content distributors, increasing competition, and most of all providing customers with freedom of choice. This would position the European Union at the forefront of Internet Openness for content delivery: Open Content for an Open Internet.