New steps to revamp citizens’ privacy within the European Union

Wednesday this week, the European Parliament took a step forwards European citizens’ data protection by giving an overwhelming plenary vote in favor of Commission’s proposal on the General... 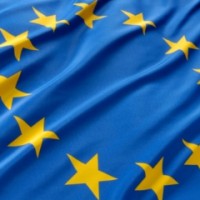 Wednesday this week, the European Parliament took a step forwards European citizens’ data protection by giving an overwhelming plenary vote in favor of Commission’s proposal on the General Data Protection Regulation and the LIBE committee’s report on mass surveillance.

It is a relevant milestone for providing a more consistent protection of European citizens. However, the process hasn’t finalized here: the elections in May 2014 will change the make –up of the Parliament and probably the tilt on this matter. And in the second half of this year, the Council of Ministers has to vote for the new regulation. The tensions between two poles are served: UK might think that it is too restrictive and Germany, on the contrary, that it would weaken their national existing law. In any case, the renewal of the 1995 data protection rules in the digital economy is urgent as the context has changed completely since then, and the harmonization across the EU has become a sine qua non condition for our business competitiveness.

We congratulate all parties’ efforts to ensure protection of users’ privacy but also innovation and a level regulatory playing field. ETNO, in this regard, has highlighted the importance of territorial scope and risk-based approach as a key contribution to the completion of the legislative work on the EU data protection legislation. Luigi Gambardella, ETNO Executive Board Chairman, said: “Today’s vote brings us one step closer to a new data protection framework, which is likely to usher Europe into the next decade. We should allow responsible companies to unlock the value of personal data through new digital services that consumers are demanding. In turn, these services will generate growth and jobs throughout the EU. At the same time, we need to make sure that citizens enjoy the same rights, irrespective of where the service provider is based: this will also help build a regulatory level playing field between EU and US companies, creating a fairer competitive environment” said.

However, taking into account the global nature of the Internet we do advocate for the review of Safe Harbor Agreement and the ePrivacy Directive. In the first case, because we do believe it is an important occasion to set high data privacy standards for the benefit of consumers and business. The ePrivacy Directives, for its part, should also be renewed as it introduces inconsistencies with the GDPR and does not apply equally and consistently to all players in the Internet ecosystem.

In this context, we do no ignore our responsibilities in this field. Moreover, we believe that business should undertake projects to safeguard users’ privacy rights. Telefónica is very proactive in this field because we take our customers’ privacy very seriously. That is why in 2013 we approved a global Privacy Policy that establishes mandatory common behavior rules and guidelines for all our regions and entities. This new framework is based on three pillars:

All in all, the digitalization of our societies and economies oblige all stakeholders to stick to the balance between citizens’ fundamental rights, national security measures and businesses. A data driven economy raises new questions as it has a global dimension and so far, most of legal frameworks are based on territorial criteria, national or regional in the best cases.

In this regard, global principles and standards are critical to take a leap forward. Anyhow, the approval of these two reports shows how relevant is privacy and security in the global public agenda. These two elements are central parts of constitutional values and duties of governments that have evolved in the light of the technological revolution we live in. The multistakeholder approach has proven to be the best way to build common grounds and therefore, finding balance principles require the participation of all. The international agenda of 2014 is full of meetings across the Planet in which governments, international organizations, academia, civil society organizations and business will express their arguments and sensibilities. The rules are not yet written!