Invited by the Aspen Institute of Spain , in one of its regular conferences, Michael J. Sandel , Professor of Government at Harvard University, shared with its audience his view on the... 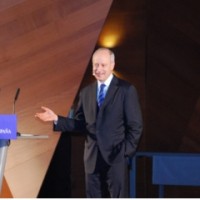 Invited by the Aspen Institute of Spain, in one of its regular conferences, Michael J. Sandel, Professor of Government at Harvard University, shared with its audience his view on the moral limits of markets. For Sandel, people in our days are frustrated with politicians and the political debate. Politics have become a technocratic issue and this does not inspire the citizens to participate in the political debate.

Today very few things cannot be bought, you can buy your way out of a queue to enter a hearing in the U.S. Senate, and in the Iraq war there were more private security companies than soldiers from the coalition armies. Professor Sandel, author of “What money can´t buy: The moral limits of markets”, believes we have drifted from a market economy to a market society, in which everything is for sale, education, defense, health, etc.

In the last two decades we have experienced a corruption of non-market values, a crowding out effect of values. An example of this is paying children to go to school or for getting good grades. Children no longer study to learn, for the love of learning, but for money.

Professor Sandel opened the debate to the audience by introducing the discussion about introducing market principles to decide on immigration. The audience was divided as whether paying for visas was ethical or not, and he then went further and asked if the public thought that paying for a kidney was ethical. However, buying some things still does not work i.e. friendship. How we value things is the key to determine what threatens our dignity and what does not.

The appeal of market for taking decisions is that they do not pass judgment and therefore they liberate us from ethical questions or debates over values. This faith in markets has damaged the public discourse in the last few decades and has produced a loss of moral debates in society.

To revitalize the public discourse, citizens have to discuss about things, about values and what kind of society do we want in the future. Democracy requires that people encounter one another so that we learn to care for the common good. Finally, it’s all about how do we want to live? Do we really want the markets to decide for us?

This post was originally published in Spanish in the CR and Sustainability Blog of Telefónica. You can also watch a Michael Sandel’s conference on this topic here. 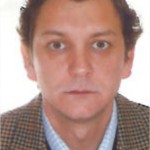