ITU Connecting the unconnected by 2015: Summit Connect Americas in Panamá

In the era of telecommunications, every activity of our individual and collective life, whether business, governance or culture, is based on information and communication technologies. That... 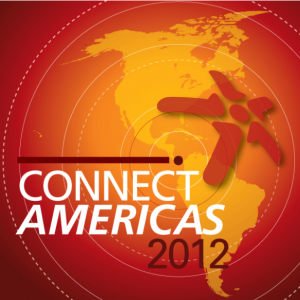 In the era of telecommunications, every activity of our individual and collective life, whether business, governance or culture, is based on information and communication technologies. That is why a good understanding of other experiences in the telecommunications field gives us a sure knowledge of successes and failures.

The International Telecommunication Union (ITU) is the UN agency for information and communications technologies, committed to connecting the world.  Having 193 States and more than 700 companies, academia members and associates makes the ITU an international umbrella to bring together all telecommunication stakeholders.

Aware of the unbalances around the world, the ITU launched a series of “Connect the World Summits” to grasp the opportunities that ICT provide to the societies and economies in term of competitiveness and social development. This is an ambitious initiative aimed at “connecting the unconnected by the year 2015” in order to improve and expand connectivity taking into account specific challenges of every national, regional or local area.  This month, the ITU organized the Summit Connect Americas hosted by the Government of the Republic of Panama in Panama City the past 17th to 19th of July.

Telefónica has been part of this relevant event. This company always had a clear commitment to improving the living standards of people and the development of societies in Latin America. This commitment is reflected in very strong and bold investments we have made over the years, improving socio-economic where we are present. Santiago Fernández Valbuena, Chairman and CEO of Telefónica Latin America, together with other relevant actors such us, Hamadoun I. Toure, ITU’s Secretary General, Diego Molano, Minister of Information and Communication Technologies of Colombia, John Davies, INTEL Vice-President or Patrick Slim, President of the Board of America Móvil, has participated in the Inaugural Debate of the Summit on “towards a future built on broadband”. In this session, members of the Broadband Commission from the Americas Region debated with other stakeholders on why broadband is important for the Americas and which initiatives can be undertaken by stakeholders in the region to encourage broadband inclusion.

During its intervention, Santiago Fernández Valbuena, said that Latin America is one of the areas of the world that is still growing where the industry of telecommunication has evolved very rapidly in the recent years.  Therefore, he expressed his optimism about the future development of telecommunications and in particular of the broadband in the region. In the case of mobile phone its penetration has reached more than 100% during 2011 and the next step would be the mass expansion of the broadband. For this purpose, however, the public-private partnership is essential and that is why the role and commitment of governments is essential to continue this positive development, he highlighted.

He also added that the vertiginous evolution of the markets is the result of different factors combination, amongst them the technological evolution, the high competitiveness and the regulatory framework. On this last point, he remarked that the shift in the current regulatory framework to foster the natural competitiveness of the sector is needed.

We invite you to watch the whole interview of Santiago Fernández Valbuena made during the Summit in which he expresses his view on these matters.

Before closing this event, the Summit Connect Americas adopted a final communiqué approved by delegates from 36 countries of the region, including some heads of State and Government, Ministers, business executives and specialists in the field of telecommunications. They call for 53 billion $ to finance ICT projects in Latin America and the Caribbean and emphasized five priorities in the region of the Americas for 2014:

This Summit has been an excellent opportunity to bringing together representative and very relevant personalities of the business and political world, where all agreed on main common goals which are to achieving widespread connectivity to broadband in the region and the digital integration to facilitate social and economic development through affordable access for all to ICT and its services.

Now let´s all work together to reach the objectives fixed for 2015!