Nowadays, Internet threats cause a great damage to businesses, not only in economic terms but also in terms of image and trust. Aware of this problem, Telefónica gathered last... 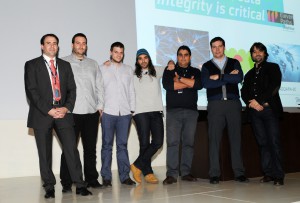 Nowadays, Internet threats cause a great damage to businesses, not only in economic terms but also in terms of image and trust. Aware of this problem, Telefónica gathered last week 400 experts and customers, as well as systems and security heads, at its “Innovation Security Day”. The event, which was hosted in Telefónica’s Headquarters in Madrid had two main purposes

In regards to the strategy to face the threats of the internet to the business world, the objective of Telefónica is to become the leading referent in cyber-security matters at world level. In order to achieve that goal Telefónica needs to innovate, and the best way to do so is through an own factory of ideas capable to develop innovative security products. Accordingly, Telefónica has launched this year Eleven Paths, a new company that runs like a fast and flexible start-up inside Telefónica Digital, whose main activity consists on testing new ideas and checking out if they work. Telefónica’s cyber-security strategy is based on three pillars: Intelligence, Protection, and Coordination and control. 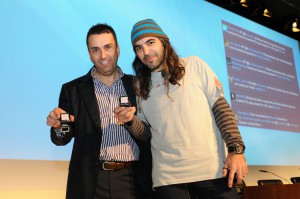 In relation to Telefónica’s portfolio of cyber-security products and services for companies and end users, Telefónica aims to leave behind the discourse of “They are attacking me” and focus on a new one that answers to the “What, how, who and why?” Telefónica has materialized this change of mentality through the creation of a cyber-security ecosystem for its customers, focusing on detection, prevention and response.

Some of these new products and services are the following:

The event also featured a round table on ethical hacking with cyber-security heads of companies and banks that are customers of Telefónica, and the cyber-security strategy of INTECO, the Spanish Institute of Communication Technologies.

Keep using the Internet but do it safely!