We are attending this week the 43rd meeting of  ICANN in San José, in Costa Rica.   Costa Rica was the first country in the world to dissolve its armed forces.... 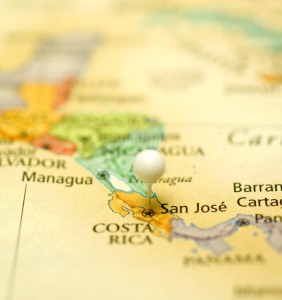 We are attending this week the 43rd meeting of  ICANN in San José, in Costa Rica.

Costa Rica was the first country in the world to dissolve its armed forces. This was in 1948 and since then the country has lived in peace with all its neighbours. But something has happened this week in its capital, San José…

Fortunately we are not talking about real war between two enemy armies, but the term “hostilities” describes very well what has been the unexpected hot issue of the first days of the 43rd meeting of ICANN.

When all attendees to this meeting where expecting new gTLDs (Generic Top Level Domains) to be the star of the week, the announcement made by the US Commerce Department (NTIA – National Telecommunications and Information Administration) on the IANA (Internet Assigned Names Authority)  contract has shadowed any other issue.

According to the US Administration, no bid received for the IANA contract has met the requirements and the whole process to award the contract has to be rethought. From the little information available, mostly got from corridors conversations, it seems that ICANN wasn’t at all aware of this development. Due to US government internal rules, NTIA apparently can’t make public precise reasons of its ICANN’s bid rejection. On the other side, ICANN doesn’t want to talk about this right now.

It is unclear if another organization has placed a bid for the IANA contract, but it seems quite improbable. What seems clear is that the US administration has made this announcement deliberately coincident with the Costa Rica meeting, perhaps aiming at a bigger public impact. This could be considered as a move against ICANN Board and as a message for the next ICANN CEO who will replace Beckstrom later in June. The whole new gTLD programme and the way the Board has conducted the process with not minor objections from the GAC (Governmental Advisory Committee) could be behind this move.

Let’s see how this Costa Rica meeting develops and if the peaceful tradition of the country pervades the discussions. I am sure it will!

If you wish to follow the different ICANN meetings taking place this week, you can have a look at the remote participation offered here.