From the idea to the object. 3D technology is making our lives easier

The way we create objects and study them has changed with the development of 3D technology. 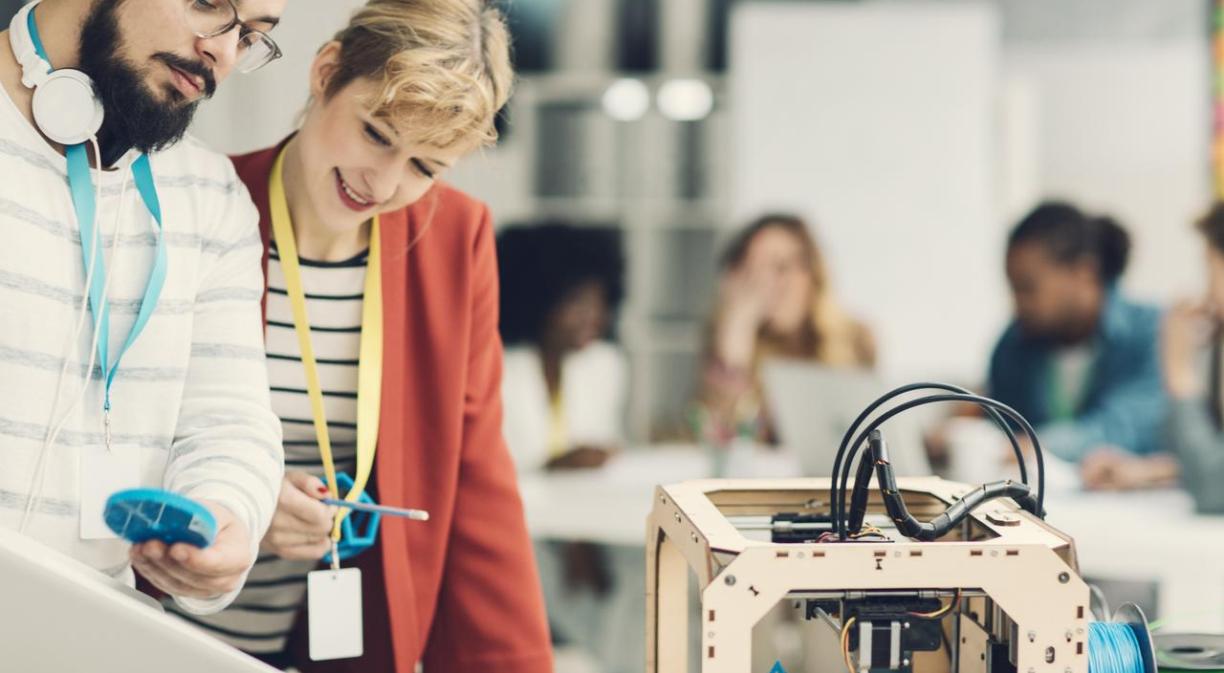 Industry has benefited greatly from the reduced production times, particularly in the medical, car and aerospace sectors.

From the design of a digital model to obtaining a solid and three-dimensional object. This technology is revolutionising a large number of industries and professional sectors and it has already become one of the key elements of Industry 4.0. The reason? The improved processes throughout the production chain, from the idea and conceptualisation to the prototyping and, finally, the manufacturing, which also means a reduction in costs.

This technology has brought about an economic and social change, as additive manufacturing is based on the use of materials such as plastic and metal, which are added layer by layer until the desired shape is achieved with total control over the process.

The importance of 3D in today’s industry

Since the 1980s, when additive manufacturing began to make headlines, and over the next decade, when it has gradually broken into the industry, there have been significant breakthroughs that have changed the way a product is currently designed and created. All these creative processes have now been “simplified” to such an extent that, in some cases, we only need to turn on a 3D printer, select a file and print a product; it could even be said that we’ve been democratised, as designing and producing objects can be done from home.

The implementation of additive manufacturing, together with other technologies, has led to a major revolution in the industry. Its role is fundamental, as it can convert a 3D design re-created on a computer into a product without the need to use other more expensive tools. The processes are thus simplified and the times are reduced by up to 90%, according to some experts.

One of the greatest benefits that factories have observed is the flexibility it offers, as the introduction of these processes allows productivity to rapidly adapt to market needs, while it also provides the option of producing customised objects without the need to manufacture costly moulds in advance. This technology also contributes to preserving the environment by promoting sustainable manufacturing processes and reducing pollutant emissions.

The future of 3D manufacturing and applications will only continue to flourish. This innovation is a priority in many sectors and it is expected to continue to grow in importance. Moreover, the Covid-19 pandemic has advanced and consolidated its use even further.

The application of 3D technology to everyday life

Access to a greater number of more and more user-friendly machines and software programs has made it possible to print a wide range of objects in a variety of materials. This has generated a real impact on most sectors, ranging from the car industry to hospitality. But the medical sector is undoubtedly the one that has benefited most from this innovation. The advent of 3D printers has facilitated the creation of higher-quality prostheses and improved patients’ lives.

Several years ago no one could have imagined that a bioprinter could reproduce human tissues from living cells. This is now a reality, and some conventional techniques will therefore be left behind to make way for less aggressive proposals. So much so that a group of researchers from the IBEC (Institute for Bioengineering of Catalonia) have recently been working on manufacturing human skin with the aims of reducing animal experimentation in laboratories and producing organs.

Other sectors that have been conquered by 3D technology

This technology has shouldered its way into the car industry and modified its traditional approach. Prototypes and tools with excellent functionality that support many uses can be printed. Manufacturing companies also have the capacity to improve and test designs, thereby reducing delivery times and allowing for greater customisation of the designs.

The world of jewellery has also embraced the use of 3D. Instead of using noble metals and precious stones, designers can make prototypes in order to test them and work with them, thanks to the flexibility offered by the modelling and design software, and then achieve extraordinary finishes.

The hospitality sector has also joined this digital transformation. It is now possible to make dishes with 3D printers. Particularly in confectionery, a field that demands greater precision. However, it is true to say that they work better with soft foods such as pasta, creams, ice creams and jams. For example, Barilla, one of the most famous pasta brands, was a pioneer in adopting 3D technology.

Meanwhile, a group of theoretical physicists at Goethe University, together with scientists from Europe, the United States and China, have managed to model a highly detailed super-massive black hole using the computing power of 3D super-computers. On this occasion they don’t offer a physical prototype, but they have made it possible to obtain computationally-modelled images to study these types of phenomena with. In short, there are no limits to technology, because new discoveries are constantly emerging that open up the door to an infinite world of possibilities. There’s still a long way to go, but it’s clear that more and more companies are beginning to welcome this trend and deciding to incorporate it into their production processes.

News
#Industry 4.0
Industry 4.0, the fourth industrial revolution is under way
Blog
#Public Policy
Towards a forward-looking industrial policy to strengthen Europe
Blog
#Climate change
Climate change, the greatest threat to humanity. Are we in time?