Discover all the Internet trends with Mary Meeker

The annual report from Mary Meeker on online trends shows how has change the Internet in the last year. 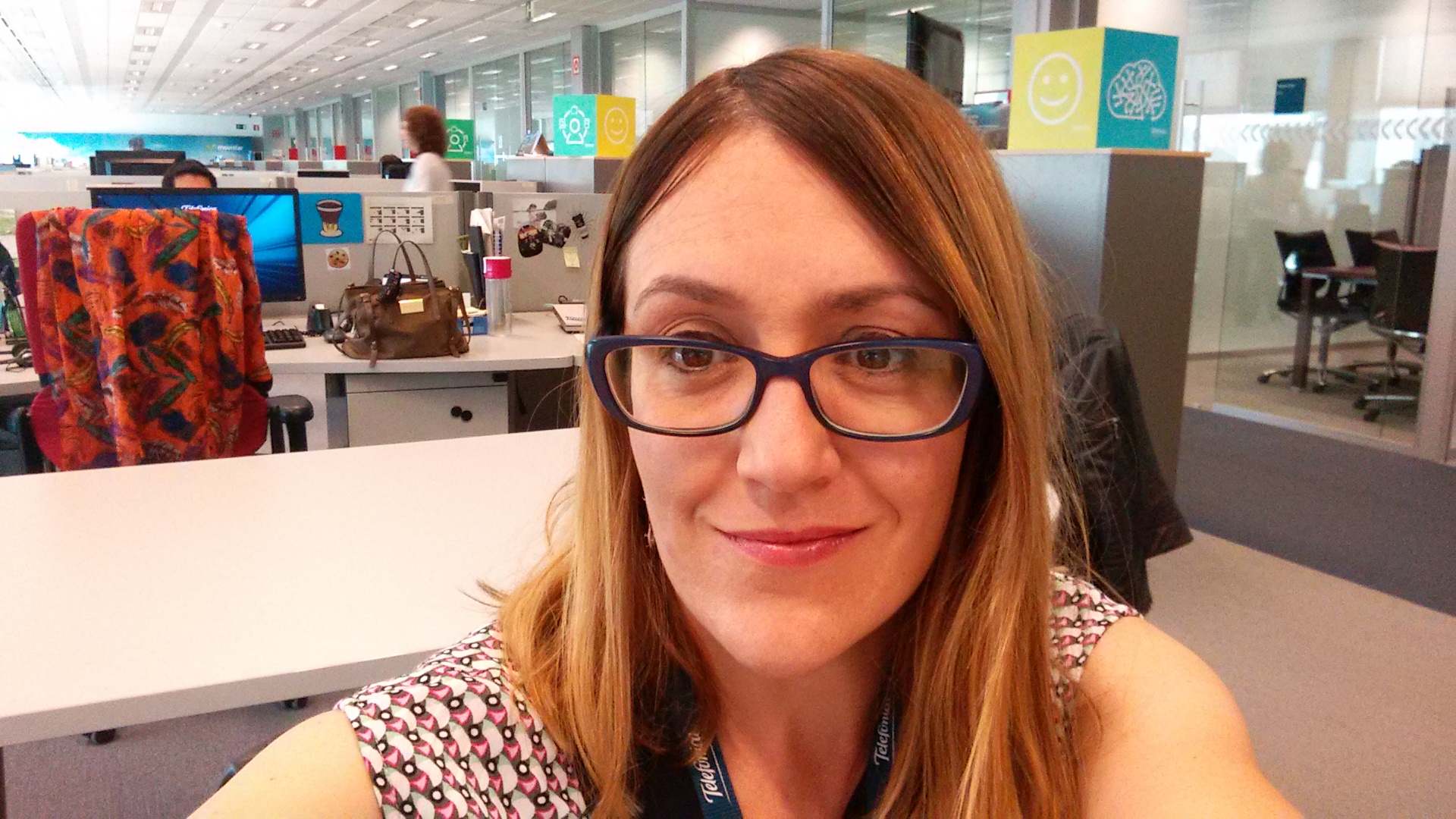 The annual report from Mary Meeker, partner of Kleiner Perkins, on Internet trends, is an Internet Bible. It is used as the basis for decisions, business plans and strategies in the online world. This article sets out the key points from this comprehensive and complex document, which analysts, advisors, journalists ans bloggers are all talking about.

You can see the full report here (Warning: this is very extensive with 355 slides).

1. Has the Internet’s expansion rate reached its limit?

There are 3,400 million Internet users worldwide, a breathtaking number which shows that the growth rate is constantly evolving at a rate of 10% annually and that it has far from reached its limits. To give an example, according to the figures in the project ‘Internet for all’, which Telefónica was a part of, In Latin America there are still 100 million people who are not connected.

2. Sales of smartphones are slowing down but their use and data consumption is increasing. 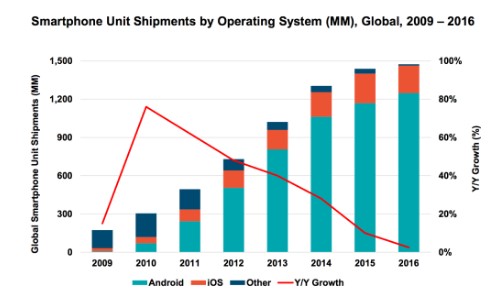 Global sales of mobile phones will increase by just 3% compared with 10% in the previous year, a very marked decrease since 2014. Far from signalling a decline for this industry, since devices are renewed periodically, the data is interpreted as indicating that everyone who wants or needs a smartphone already has one.

In fact, in the United States, a country whose Internet consumption habits reflect the study, use of the Internet is growing thanks to the mobile. In 2008, US citizens spent less than 3 hours online per day; in 2016, they spent 5.6 hours browsing of which 3.1 was on their smartphone.

If you think that we are becoming addicted to our phones and can’t live without them then you may be right. The time spent in front of our PCs has remained practically stable in addition to the time spent on our mobiles. This is not a change in our working habits or consumption of content or information but a new trend and, on some extreme cases, compulsion which keeps us attached to our devices.

3. The volume of data is increasing exponentially.

In 2015, between 13 and 14 zettabytes of information were created, that is to say between 13 and 14 billion gigabytes, of which 10% was structured. If you are amazed by this figure, this is nothing compared with what’s to come. The study points out that of the volume of data in 2025, which will reach 163 zettabytes, 36% of it will be structured. Do these figures concern you? Faced with this overwhelming upward trend, our networks will have to be prepared and ready to carry all this information. For example, Telefónica has invested 38.0000 million of eurosin the development of fixed and mobile networks since 2012, according to 2016 Annual Report.

4. Investment in the Cloud is growing compared with traditional data centres. 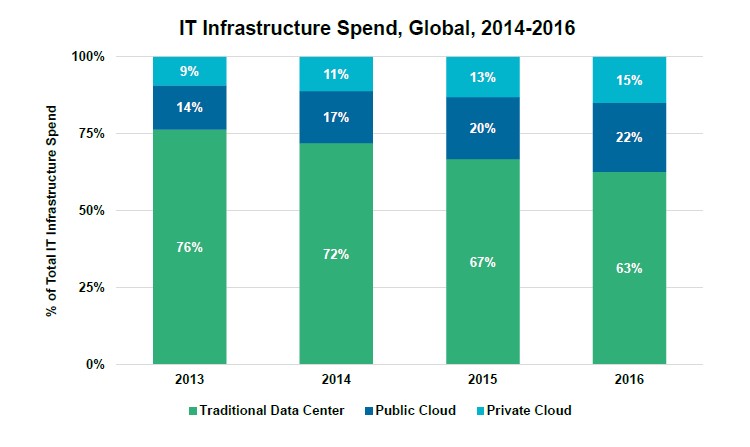 Global expenditure on IT infrastructure has changed significantly since 2014 with a significant rise in the public and private cloud, which has grown by 37% in the last two years. Although AWS is still the leader, Google and Azure are growing in strength. The concerns of users of these services have changed since 2012. Although security and uncertainty surrounding costs and savings are a concern, the compliance and governance of infrastructures and the possibility of changing provider has gained importance.

IT security continued to be a challenge for companies. Security breaches caused by spam emails – which have increased by 350% since the first quarter of 2015 – and phishing have increased significantly. The volume of unwanted email has increased exponentially because it is the main way of spreading malicious code and other IT threats. In 2014, there were 11 major cyber attacks which resulted in the discovery of over 10 million online identities in each case; 2016 saw 15 of these types of security breaches.

6. Gaming has exploded: it is no longer just for kids and freaks. 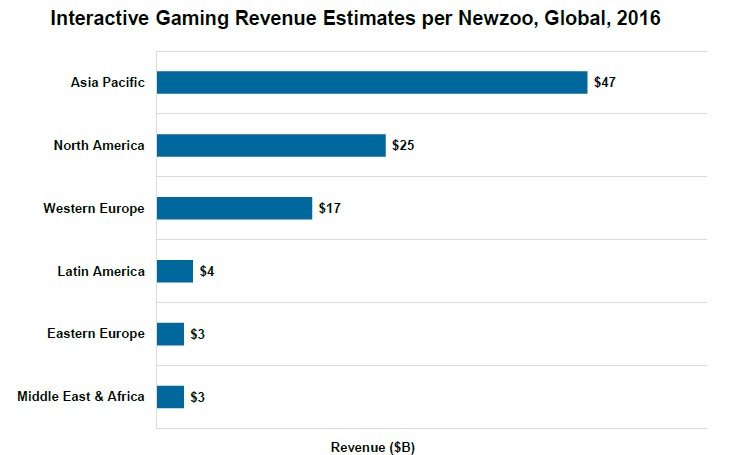 Gaming used to be considered a rarity, something for kids or even freaks. But that is not the case anymore. In 1995, there were 100 million online gamers and now no less than 2,600 million people use this activity to relax each quarter.

This explosion is due to many factors such as the increase in multi-player games, the increase in the average age of users, the entry of a greater number of occasional gamers and the popularity of e-sports.

The gaming industry now generates 100 billion dollars per year, a 9% increase on the previous year. A significant figure with the report calculating that this is just the start. For both generation X and millennials, online gaming is in their DNA. The Asia-Pacific region and North America are the regions which currently generate most profits.

Mary Meeker’s investigation also discovered that gaming is not a mere pastime since gaming teaches basic skills such as collaboration, observation, learning from mistakes, analysis capacity, time management, problem solving, creative storytelling, among others. It also helps with focus and attention.

And the report confirms something we already suspected: that they are very addictive. They represent more daily minutes of use than social network giants such as Facebook. 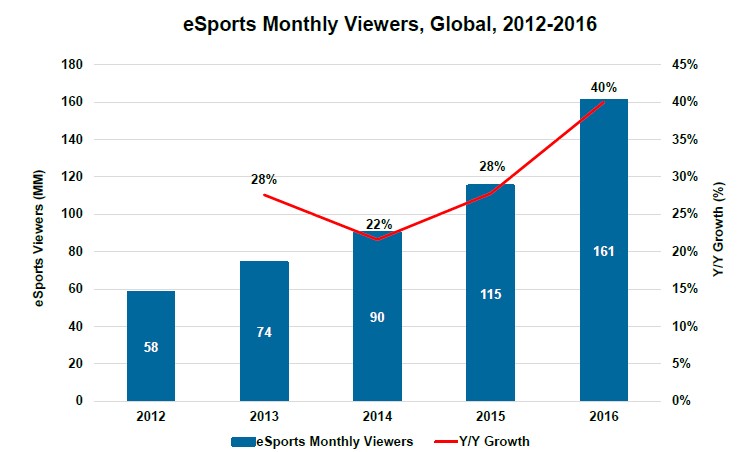 Time spent watching e-sports, which have 161 million viewers worldwide, has increased by 40% in the last year. Many millenials like them as much as traditional sports with a clear upwards trend in this group. In fact, 79% of those who watch e-sports every month are under 35 years old. At Telefónica, we considered this trend and this year we are launching actions and sponsorship with e-sports teams such as the Movistar Riders for example.

8. In the United States, Netflix has already shown itself as a legitimate rival for traditional television.

While the number of minutes viewed on Netflix has multiplied seven-fold since 2010, the vast majority of traditional televisions in the United States have experiences moderate to high declines. Although the number of cable TV subscribers has decreased, production costs have doubled since 2006 causing significant problems for the sector.

The report attributes this to the high cost of cable TV in the United States and the success of online video streaming platforms which have improved the user experience with personalisation or the possibility of watching programmes on demand.

9. Some other interesting points in the report