Digitalization as an opportunity for Latin America

Latin America moves towards the digital transformation of its productive structures 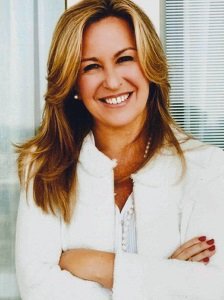 Telefónica arrived in Latin America 27 years ago and it came to stay. Today, we are in 14 countries in the region, we have achieved more than 200 million customers, and we have invested over €130 billion in developing infrastructures.

Thanks to our commitment to remaining, even under difficult circumstances, today Latin America has telecommunications infrastructures that can be compared with those of the most advanced countries. That makes us optimistic about the modernization of its economy and its incorporation into the digital revolution.

But we know that connectivity is no longer enough. Now, with many of our objectives fulfilled, we need to go even further. Next-generation networks will be key to the proper operation of the digital economy, the development of the industrial internet, and to make the use of increasingly sophisticated applications possible. As a result, we are working to transform next-generation technology networks that allow us to deal with the exponential growth in the demand for data.

We know that good infrastructure is not enough to face new challenges; we need educational policies focused on developing digital skills, in addition to an important investment in innovation and entrepreneurship.

We are at a key moment for all of this, since Latin America is reaching the end of its cycle of expansion based on the commodities model (basic products, merchandise), and it needs to fully join the digital economy. The region meets the conditions for doing so: good infrastructures, a middle class, a young, urban population, a big capacity for entrepreneurship and a broad insertion into the global scenario. A new political, economic and social reality is actually taking shape, in which the region needs to decide what role it is willing to play. Everyone is aware that the digital economy is shaping up to be the new driving force behind global growth.

We are stepping into a fourth industrial revolution. The world is more connected every day and the relationships between countries are changing. The world is global, but we are entering an era of digital globalization, where the flow of data between countries is becoming increasingly important among the different types of exchanges. And this already shows the transformation of societies.

The internet society is starting to get old and the data society is becoming more and more important, driven by the growing expansion of coverage by high-capacity networks, the use of smartphones and ever-increasing data consumption. All of this is going to change our societies to the point that it will be difficult for us to imagine who will be the professionals of the future, and what they will look like.

Under these circumstances, Latin America is faced with a great opportunity, because, as I said before, it is in a position to face these changes. It is time to take advantage of what digitalization has to offer to diversify our productive fabric, promote added value in the region, and to invest in more productive, more competitive economies that are less vulnerable to the changes in the macroeconomic environment.

The reality represented by a market with 620 million inhabitants who share, in addition to economic, social and cultural elements, a focus on openness to international trade, fits perfectly with Spain’s desire to build a space for the exchange and strengthening of our relationship with the countries in the region.

We say so from Spain, but with the entire European Union in mind, since their regulations define the scenario in which we will need to operate, while working even harder. We need to look for new solutions, as well as the consensuses the main actors in the new economy need to put their abilities to work for development and the values inherent in human beings.

NOTE: This article is part of the EFE Agency’s signature service, with the contributions of multiple personalities whose work solely represents the opinions and points of view of their authors.