Debating the ITRs in Brussels…

As you all know, the review of the ITRs is a key issue in the ICT policy agenda for 2012 and highly debated in the international arena. Therefore, the association of the European... 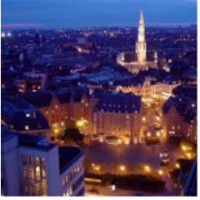 As you all know, the review of the ITRs is a key issue in the ICT policy agenda for 2012 and highly debated in the international arena. Therefore, the association of the European Telecommunication Network Operators (ETNO), in co-operation with the International Telecommunications Union (ITU), have announced a workshop entitled ‘Revising the International Telecommunication Regulations (ITRs) – Preparations for WCIT 2012’ that will gather a range of high level speakers from across the globe, including speakers from the ITU, ISOC, the Council of Europe, the European Commission, USA and Telefónica, between others.

This is a highly political debate and it is important that as many players as possible engage in the review process at an early stage, although ultimately not all will have a seat at the negotiating table in December, because only Member States have voting power in the Conference in Dubai.

This workshop is aimed at bringing the issues to the forum and providing a platform for policy makers and industry to discuss the issues and any concerns, with the objective to find a common ground or at least identifying areas for closer collaboration going forward.

The event will be held April 19, in Belgacom Headquarters in Brussels (Belgium).