How long will new Regulations on International Telecommunications last? 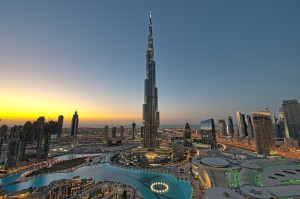 Since then, the telecommunications’ world has experience a transformation in hardly 20 years which is difficult to imagine: markets have deregulated, operators have privatized, mobiles have reached densities higher than 100%, data streams have increased exponentially, main players are new and the number of new services internet based seems to be never ending.

Debates in ITU to revise the Treaty started in 1999. This means that its lag was already noticed in ten years time. A lot of discussions in ITU working groups happened during a decade, but no definitive agreements were reached. Eventually, the celebration of the World Conference on International Telecommunications – WCIT – was approved by the ITU Plenipotentiary Conference of Guadalajara 2010. It will be held in Dubai on December this year, with the mandate of approving a revision of the Treaty.

Many countries are making proposals since then in the process of revision of the new ITR.  These proposals try to gather all the new implications and peculiarities of new networks and services, including some aspects of internet governance, roaming, cyber-security, taxes, etc., and also the new role that could be granted to ITU.

From my point of view, the first reflexion we have to do is to apply the learnt lesson and to get conscience that the technology we use in telecommunications is not going to stop but, on the contrary, it is going to evolve even quicker than it did in the last two decades, and the same will happen with its services. This reflexion seems to be obvious but the new Treaty will become obsolete again in a few months unless it has enough vision of future and flexibility to adapt itself. And this will not be the worse. The worst will come from the generated pressures that will stop or will make more difficult (in an optimistic scope) the advance towards this digital connected world, full of opportunities, that we all wish.

We are still in time to respect the initial idea that is showed in the 171 Resolution from the mentioned Plenipotentiary Conference of Guadalajara, which affirms that the proposals for revision to the ITRs should be “in line with the scope and purpose of the ITRs set out in Article 1”, stating that the ITRs establish general principles relating to the provision and operation of international telecommunications services. The resolution also emphasizes that proposals for revising the ITRs should “reflect inter alia, strategic and policy principles, with a view to ensuring flexibility in order to accommodate technological advances”.

This is only one reflection, but there are many more to do in the next post.