Building Digital Trade networks, an opportunity not to be missed

Digital commerce needs a defined framework that encompasses the entire digital ecosystem, including the telecommunications sector. 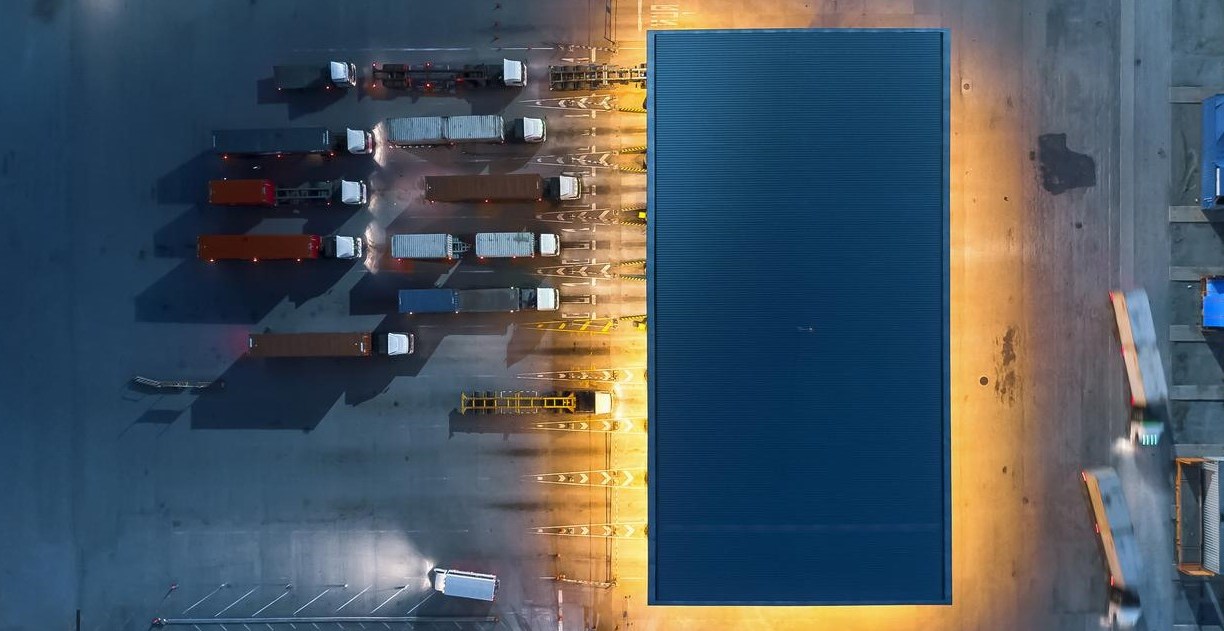 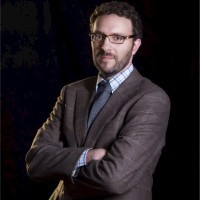 Now, more than ever, trade policies should face global challenges. The role they can play in tackling climate change, transforming the circular economy, making more efficient use of resources or increasing solidarity between nations can be significant. Strengthening global value chains becomes a sine qua non condition to build back a more sustainable and resilient societies and economies and to promote the twin, digital and green, transitions. Rethinking globalization and multilateralism, as pillars of international relations, in light of the new global challenges, cannot be postponed.

In this context, Business at OECD (BIAC) has produced the document “Building Back Better Trade“, which sets out what should be the priorities for world trade. This publication comes at a very precise moment when economies and societies are designing the architecture of reconstruction.

For years, globalization was challenged, and the benefits of trade were undermined by a lack of effective cooperation and global governance. International trade has not yet been able to fully adopt modern rules that define real international trade practices. Until now, the continuous transformation that defines digital trade and deep geopolitical divergences made it a utopia. Paradoxically, this helped create the breeding ground that could mean a major boost for our economies through trade initiatives with further liberalization of trade in services, digital trade and government procurement.

In the digital ecosystem, telecommunications networks are the paths that lead to the aspiration of a globalized technological infrastructure. However, this vision is being reversed; governments are overhauling the globalized world of technology and fragmenting the Internet into its technological base. This carries significant risks, jeopardizing the functioning of GVCs and significantly affecting international trade.

The development and adoption of common standards can be a vital tool to open up strategic value chains in favour of a diverse and innovative ecosystem that ensures interconnection and interoperability. Indeed, the development of digital infrastructure is necessary to foster the digitalization of GVCs. To advance the recognition and deployment of international standards and regulations and ensure good regulatory practices, the OECD could facilitate discussions and common understanding between trade negotiators and regulators.

Above all, international regulatory coherence and legal certainty on a level playing field must be the first step in the development of digital trade. Among its recommendations, BIAC encourages governments to make progress in the whole area of trade in services. Negotiations on this topic, such as the current World Trade Organization (WTO) Joint Statement Initiatives on Domestic Regulation and Electronic Commerce, have the potential to build on existing rules and further open up foreign markets for services exporters. 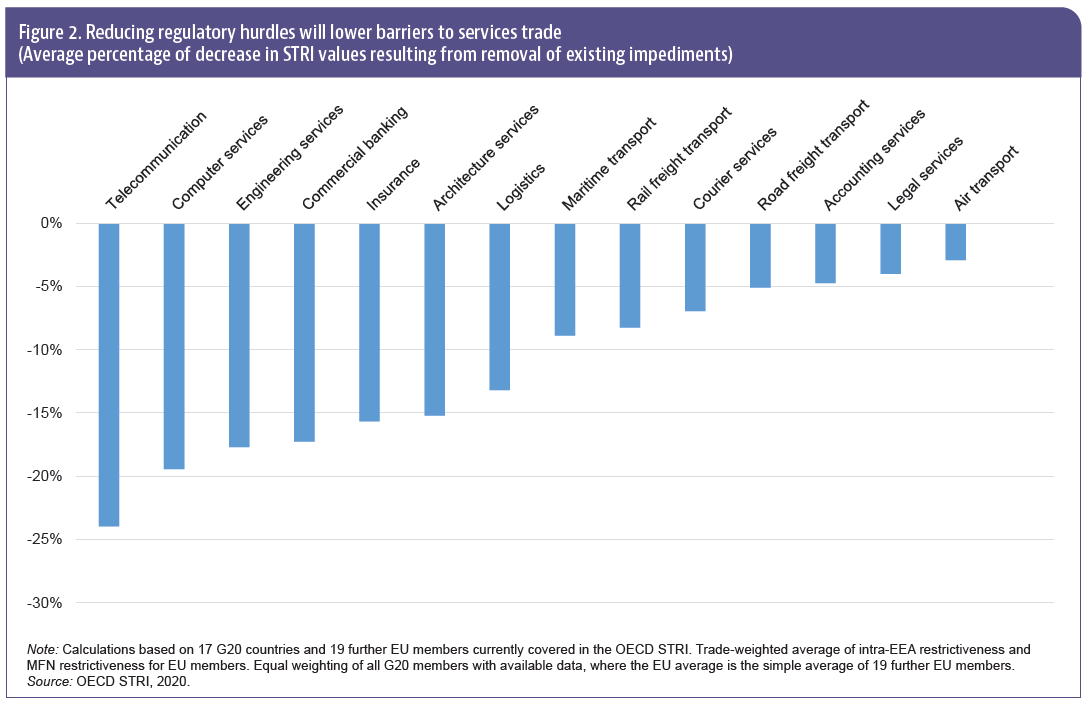 Across the G20, a stated objective has been to improve domestic regulation of services. If the disciplines considered in the Joint initiative were fully implemented, impediments to trade, as measured by the OECD Services Trade Restrictiveness Index, could be reduced by as much as 24%. Most barriers could be removed in many sectors, such as telecommunications services. To maximize the benefits offered by digitalization and technological innovation, targeted policy reform should identify bottlenecks and best regulatory practices. The impulse streamlining domestic regulations could bring to actual trade in services is not negligible.

Throughout the paper, BIAC declares its firm support for the ongoing WTO plurilateral negotiations on e-commerce issues. In this regard, the OECD should continue to provide solid evidence on critical and outstanding issues. Once again, we must stress the importance of updating the WTO reference paper on telecommunications services to reflect the significant market developments that have taken place since the 1990s, in order to ensure a level playing field among players in the digital economy value chain.

The OECD emphasizes that restrictions on data flow and forced localization measures could increase cyber risks, impact on customer welfare and affect competition. A global agreement on the use, processing and storage of data may therefore be desirable to create legal certainty for companies and protect privacy, while allowing for interoperability between different data protection regimes. However, in this process, policies and regulations shouldn’t create burdensome barriers and requirements for digital trade while recognizing the need and ability to protect personal data.

Easing administrative hurdles, levelling the playing field and ensuring regulatory certainty are elements that can contribute to build back better trade, incentivizing investment and benefiting consumers. Ongoing plurilateral negotiations should take a broader view of the digital economy, beyond “e-commerce”, and define a framework that encompasses the whole digital ecosystem, including rules for the telecommunications sector. A new perspective within a suitable framework will help to build back better not only trade but our economies and societies as a whole. This opportunity cannot be missed.