And the next Wayra Academy will open in… Germany!

On 21st May, Wayra announced that it will launch its 12th Academy on September in Munich, Germany .  After having launched its 10th and 11th academies in the UK and Ireland... 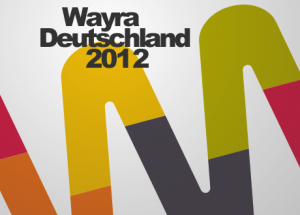 On 21st May, Wayra announced that it will launch its 12th Academy on September in Munich, Germany.  After having launched its 10th and 11th academies in the UK and Ireland respectively, and according to the announced plan at the beginning of the year, Wayra consolidates with this new launch its presence in Europe.

As of May 21st and until July 8th, technology entrepreneurs in Germany can submit their projects here. All applications will be evaluated by experts at Wayra and Telefónica and only the 30 best candidates will present their business ideas during the Wayra Week in August. An expert jury, made up of independent entrepreneurs, technologists and VCs, will then select up to ten start-ups to move for six months into the new Wayra Academy in Munich in September. These 10 best start-ups will:

During the six months in the Wayra academy, the start-ups will boost their business and further develop their ideas. After that, they will present their projects to a network of venture capitalists for follow-up funding. Telefonica receives a ten-percent share in each start-up as well as the right of first refusal on products. Nevertheless, Telefónica does not require exclusivity in return.

We will keep you posted on new Wayra openings and are looking forward to hear your views and comments!