A better ‘Digital Life’: A New Impetus for Latin America

In the current climate of global uncertainty, Latin America is in fact sitting on a wealth of opportunity. This opportunity can be realised through the coming together of two trends:... 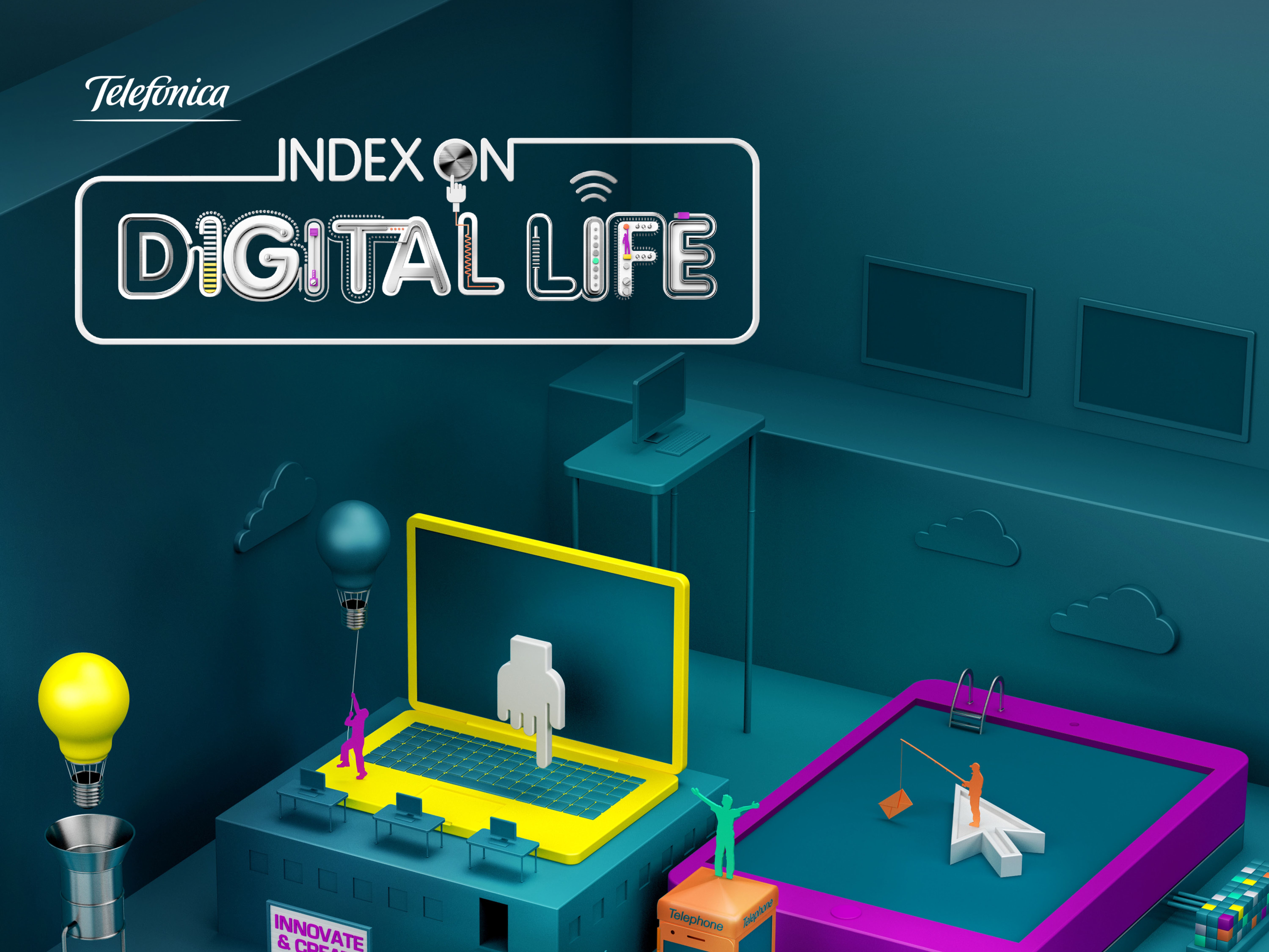 In the current climate of global uncertainty, Latin America is in fact sitting on a wealth of opportunity. This opportunity can be realised through the coming together of two trends: digitalisation and urbanisation. I have drawn on recent academic work, commissioned by Telefonica, which demonstrates the over-performance of Latin America in digital development relative to its wealth. Ultimately I believe that through the right collaboration between Governments and the private sector, we can accelerate digitalisation to create prosperity in Latin America.

At times of global economic uncertainty, the signs of promise and opportunity are not always easy to see. But it is right now that we find two exciting trends reaching a crossover, which could unlock a new chapter of prosperity and growth in Latin America: urbanisation and digitalisation.

The current and projected extent of urbanization in Latin America is unparalleled. Today, about 80 percent of the region’s population live in cities, making Latin America the world’s most urbanized region. Cities like Mexico, Buenos Aires, Bogotá, São Paulo – Latin American hubs – are slowly becoming well established as globally recognized ‘Cities of the Future’.

The top ten Latin American cities currently have a combined population of 95 million, according to a recent McKinsey report, and all signs suggest this is only set to increase. Despite its enormous landmass, by 2050, it’s predicted that 90% of Latin America’s population will be found in urban areas.

This is generally regarded as a progressive and positive trend, but with that comes added pressures on cities’ economies and ways of living. In order for population increases to sustain themselves, fitting investment in urban infrastructure, industry and commerce must be made and new ways of conducting business need to be explored. And this is where the second trend comes in.

There is no question that digitalisation is changing the world. The number of network connections is exploding across the globe and the volume of data transmitted across our networks is growing exponentially.

By 2020, the global ‘Internet of Things’ will have connected 20 billion objects, sensors and devices – transforming the way people live. Transport, healthcare, education, security and energy are just some of the areas that will be overhauled as entrepreneurs find new answers to the challenges of urban life.

Recent reports estimate that a 10% increase in digitalisation of a particular economy could increase GDP per capita growth rates by 40%. This opportunity is global and would be foolhardy to ignore. Consumer appetites for technology and business need for transformative tech innovation make it a feasible achievement.

So what does that mean for Latin America?

Latin America is already a significant player in the connected world and has been a global benchmark for economic growth until 2014. But the region is confronting new economic challenges as a result of the Chinese economic slowdown and changes in the US monetary policy. To regain growth traction, the region must increase productivity and find new sources of income beyond commodities’ exports. The digital economy is, by far, the biggest opportunity the region may explore.

A constant and growing demand for data by mobile phone users has been identified in Latin America the last few yeas. According to Ericsson, traffic has quadrupled since 2010 and will see a further nine-fold increase by 2021. This is the result of a higher number of connected Latin Americans with almost 400 million by the end of 2015, more than 50 per cent of the population. Latin Americans internet users are already within the most engaged at a global level. Consumption of digital services and contents only continues to grow.

And these millions of citizens are staying connected thanks to the significant investments made in telecom infrastructure in the region during the last 20 years, after the privatization of State-owned monopolies took place. Telecom infrastructure is a critical enabler of this broader increase in the digitization of modern life. But there are other things to do to truly turn Latin America into a successful player in the global digital economy. As technology develops and new standards for faster connectivity are released, the region will require to move from 4G to 5G mobile networks and accelerate the transformation of copper wires into fiber optics.

To attract the private investments that will make this possible, the region needs to maintain investment-friendly regulatory frameworks and promote competition. Sustained infrastructure investment alone, however, will not automatically lead to successful digital economies and flourishing digital lives. This requires far more. Environments that will allow for digital enterprises to come to live and for traditional industries to embrace digital transformation require not only capital, but certain attitudes, levels of openness and entrepreneurial spirit that are often overlooked in the development of digitalization strategies and public policies.

While telecom networks play a fundamental role in digital development, the promise and potential of the digital economy can only be realised through the collaborative efforts of governments, citizens, universities and corporations aimed to create environments able to bring digital transformation to live. Throughout the region, new digital enterprises are being created – some of them serving clients in several countries – but Latin America is still a continent that consumes more than produces digital goods and services. Although the region is moving, much needs to be done beyond mere connectivity policies and traditional telecom regulation.

But how do you measure digital development beyond just connectivity? How do you assess the efforts being deployed by each particular country? How do you identify the components of digital life that need to be tackled and developed in a particular economy? 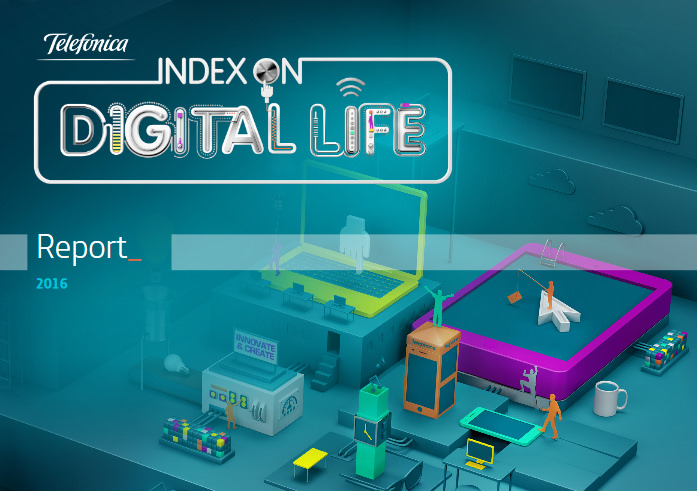 Over the past twelve months we have worked with world leading scholars and academics to create the most comprehensive global Index on Digital Life. This Index paints a holistic picture of digital life across the world by assessing multiple sources of publicly available data and research in the area of digital development.

Rather than simply measuring access to technology, the Index takes into account the harmonization of different digital socio-economic factors that drive a digital economy: digital openness, confidence and entrepreneurship.

It is only when considering these three factors, and the raft of data to inform them, that we can begin to understand where strengths and bottlenecks exist beyond connectivity, with the end result being an assessment of 34 countries worldwide on the strength of their digital life relative to GDP per capita.

For the Latin American market, the results are promising but challenging. The Index reveals that Latin American countries, in particular Colombia and Chile, are performing much better than would be expected, relative to their overall wealth. In fact, they rank within the top eight over-performing countries in the global Index.

Increases in mobile adoption rates and expanding service offerings in Latin America point to increasing digital development. And this increase is producing direct benefits, like easier access to digital services and content, but also indirect benefits such as productivity enhancements in the economy and society more generally.

The Index suggests that Latam’s performance is down to the entrepreneurial spirit and platform freedoms in some countries in the region, which is contributing to a prosperous digital life for citizens – one that is becoming the envy of more developed countries.

However, there are also challenges facing the region that could stunt its growth reaching its full potential. Many have recognised the total investment in R&D in the region is not adequate when compared to its level of economic development. Countries like Mexico and Chile significantly under-index when you compare their per capita GDP and R&D as a percent of GDP, against the USA, Germany and Japan. It has been suggested that this is down to a fragmented funding market, with a complete lack of co-ordination among the sources of finance at a national and micro level.

So it is clear the region is undergoing great reform in both urbanisation and digitalisation. But this duality of progress should not be considered as a happy coincidence – nor should the resulting opportunity I’ve set out. To sustain urban migration and become global players in the digital world, purposeful effort needs to be applied to the increase in digitalisation through careful review of policy frameworks, levels of investment and cultural attitudes, going beyond the mere regulation of telecom networks

To truly capitalise on this, I’m clear that we need forward-looking public policies and further cooperation between all stakeholders, both public and private. As has been raised by others, we particularly need to ensure there is a co-ordinated approach to R&D investment and financing from public and private sources to make the best use of the money available and to to scale-up up the use of internet. At the same time, promoting digital innovation from large Latin American companies and encouraging them to do more to mentor and support entrepreneurship in the region, is crucial. Finally, accelerating the digital transformation of industries and economic activities where the region has had competitive advantages until this very moment.

The Index on Digital Life findings are intended to inspire debate and discussion about digital development across the world. I will continue to raise these findings throughout my work in Latin America, because I’m committed to promoting the conditions needed to establish a promising digital economy.

I am left without doubt that, where Latin American urbanisation meets digitalisation, is where the success of regional prosperity rests. If this opportunity is approached correctly and strategically, we have the opportunity to create better lives for everyone within the region, both now and for years to come.

Eduardo Caride is currently the Chief Executive Officer (CEO) for Telefónica Hispam, a division of the Telefonica Group operating in thirteen Spanish-speaking countries in North, Central and South America, from Mexico to Chile. He is a member of Telefónica Global Executive Committee and has previously headed several divisions of the company. He previously served as Executive President for Telefónica Argentina and Telefónica Uruguay.