Telefónica attended at the beginning of October the 1st Global Regulators-Industry Dialogue (GRID) in Sri Lanka. This event is an integral part of the 12th Global Symposium for Regulators ... 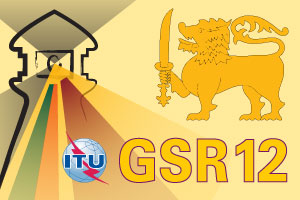 Telefónica attended at the beginning of October the 1st Global Regulators-Industry Dialogue (GRID) in Sri Lanka. This event is an integral part of the 12th Global Symposium for Regulators organized by the International Telecommunication Union (ITU), this time in collaboration with and hosted by the Telecommunications Regulatory Commission of Sri Lanka (TRCSL).

The aim of this event was to further strengthen the dialogue between industry and regulatory agencies. The GRID provides a neutral platform for ITU Sector Members to share their views with policy makers and regulators on major issues facing the ICT sector, with a particular emphasis on reducing barriers to ICT investment in developing and least developed countries.

More specifically, Telefónica was invited to participate in the panel discussion on net neutrality. As a basis for discussion, a report prepared by Webb-Henderson consultants was presented and discussed. The report assesses the current situation in the world and tries to classify regulators in three groups: cautious observers, tentative refiners and active reformers, depending on their degree of regulatory intervention.

The report however advises regulators to be cautious when regulating net neutrality trying to avoid being over prescriptive. It also recommends to follow a step by step approach focusing first on ensuring a retail competitive market and transparency, if switching costs (the possibility to change access provider) are low they do not advise to regulate any further.

This approach was supported by the panel discussants:

–       French regulator (Mr Jacques Stern) explained the analysis currently ongoing in France and the interim conclusions indicate not to regulate if there is no further evidence. Arcep, the French regulator, defined itself as being proactive but without being intrusive.

–       Telefónica also supported the paper but warned against regulators hindering innovation by precluding some new business models to emerge in parallel with existing ones. There is a need to build win-win situations between telcos and OTTs in order to make Internet sustainable, and flexibility is key for achieving this objective. Moreover, any limitation imposed by net neutrality regulation to the ability of operators to perform an adequate and fair traffic management would be highly detrimental, affecting the economic sustainability, the innovation, future investments and user experience on Internet.

The issue of whether principles governing traffic management be the same for any type of network (i.e. fixed, mobile, cable, fiber, xDSL, tec.) was raised, being the general view that network neutrality principles should be the same for fixed and mobile access services to Internet, i.e. based on the no undue-discrimination of network management practices.

As far as the impact of managed services on best effort Internet access service, there was general consensus that operators can legitimately deliver additional services over their broadband access infrastructure. These services can benefit users, increase competitiveness and promote broadband network investment, especially in new generation networks.

The debate was interesting and it is important that business industry participates and contributes with its perspective to the regulatory debate, as they are directly confronted to market reality and they could bring their experience and knowledge to those relevant debates. So we very welcome this initiative and we are looking forward to be also involved in the next GRID meeting that will take place in Warsaw in July 2013.

You can access all the discussion papers debated during this event here.

Parallel to this event, the ITU decided recently to hold also in this global framework the 1st Chief Regulatory Officers (CRO) chaired by CISCO and also attended by Telefónica.

The CROs meeting aims at providing industry executives in charge of regulatory, public policy, governmental and institutional affairs with an opportunity to exchange views, opinions, and practices. By placing the meeting back to back with the GRID, the meeting also offers participants the possibility to prepare a common message to be conveyed (or not) during the GRID sessions on the following day.

In this kick-off meeting hot regulatory issues like how can we evolve and/or develop new business models, how does regulation affect investment, the availability of spectrum or the incentives for Public-Private partnerships to create digital opportunities and further development were discussed. The aim is to reach agreement on some of these topics and present the results of this Group to the next GRID meeting to be held on July 2013. To be continued then…