Telefónica participated in a study that reveals a trend by investors to consider the value of intangibles in their investments. Find out!

In January 2018, Larry Fink’s letter, CEO of BlackRock, the largest institutional investor in the world, went viral because of its strong messages in favour of a new model of investor engagement or commitment. Its goal was to broadcast a clear message insisting, “companies not only have to achieve financial results, but also demonstrate how to achieve a positive contribution to society”. The title of the letter, A sense of purpose, says it all.

A strong increase of Socially Responsible Investment (SRI), which has been reflected broadly in economic-financial media, has been noted since 2012. Overcoming the prejudice against its lower profitability, demonstrated by countless academic studies, together with the general questioning of the financial system after the 2008 crisis, have been two relevant factors for this trend to develop to the point of occupying a place in the communiqués of asset and company managers.

3. The impact of the regulator

A factor conditioning the future is the recent trend of the regulator to introduce regulatory changes in environmental, social, and corporate governance (ESG), related to the investment ecosystem. This substantial increase can be seen in the following graph.

In the Spanish environment, the Non-Financial Information and Diversity Law, approved on 28 December 2018, is in this line and will involve a change that will affect a large number of companies that are not listed on the stock exchange. 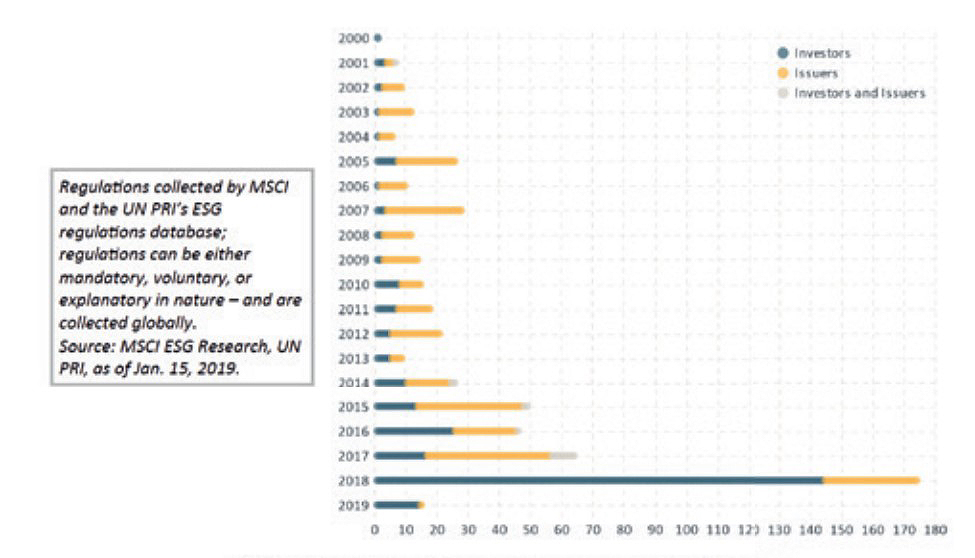 Growing awareness in society regarding ESG issues can be added to the regulatory changes. This increases the probability of an incident in the materiality matrix -map that reflects the subjects that are relevant to the company and its stakeholders- having a significant impact on the economic results of the company.

This relationship between the two matrices reinforces the perception of the increasing importance of ESG issues in contact with analysts. 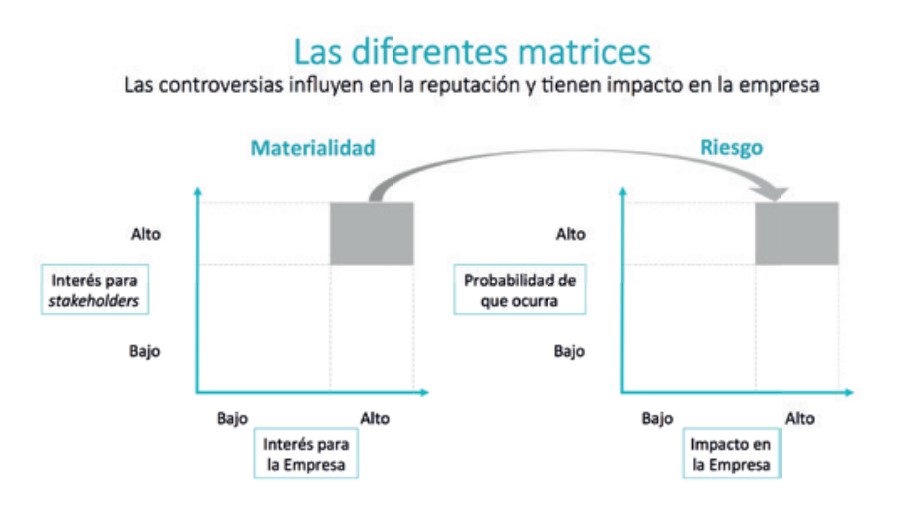 All the companies that participated in the survey say that they have received requests for information regarding the participation of women in their Board of Directors. Furthermore, 87% of those surveyed received questions about the alignment of senior management remunerations with the company’s long-term strategy.

Moreover, 81% of those surveyed were asked about their adaptation plans to climate change. This piece of information shows that adaptation risks affect a greater number of sectors and not only those that are traditionally considered more exposed to CO2 emissions demands.

Is belonging to a sustainability index worth the effort? Is the positive effect appreciated from a reputational point of view? On the one hand, the effort involved is very high and the initial differentiation, which was supposed to be within an index, is becoming narrower. On the other hand, the positive effect of belonging to the indexes is hardly quantifiable, even though it not having any impact is not a sure thing. Because of this, despite the fact that the interest to stay inside the indexes is decreasing, not responding to them is a risk that is generally not easily assumed. 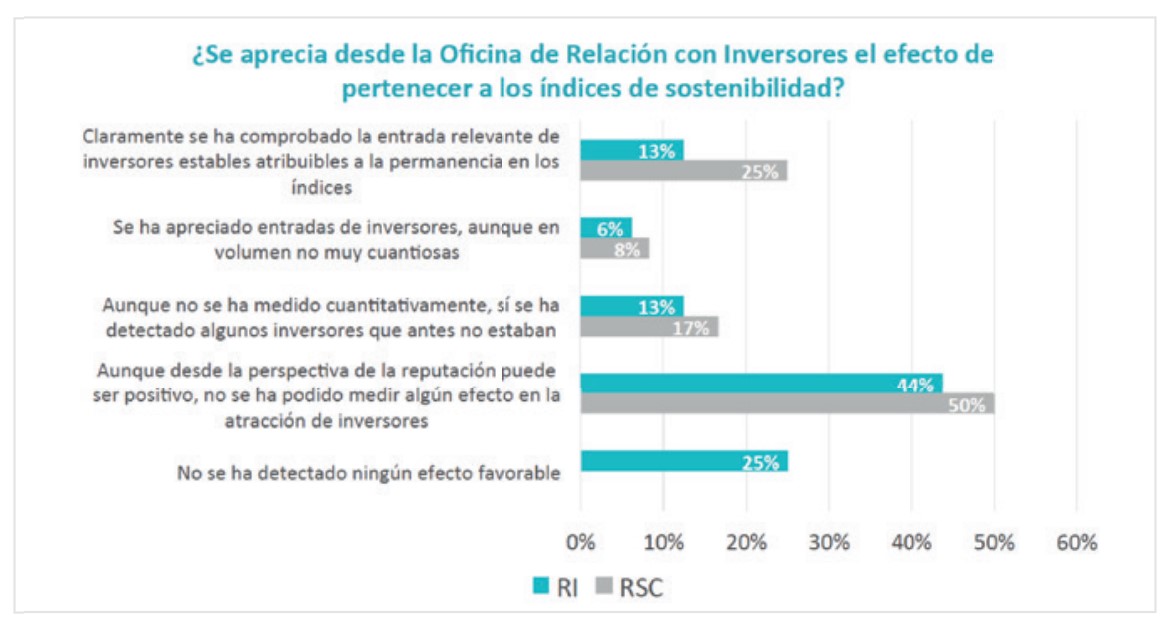 56% of the companies surveyed say that institutional investors do not ask any questions in the General Meetings of Shareholders since they have other more influential and less intrusive mechanisms. They claim that close relationships, in private meetings and with a certain regularity, that the policy of waiting for the annual meeting to aggressively vote against, or ask difficult questions at the end of the meeting, are best.

88% of those surveyed acknowledge that institutional investors selectively vote in the General Meetings of Shareholders, depending on the administration principles they have, or on the recommendations made to them by proxy advisors (counselling entities). However, it is not easy to know if these recommendations have or have not influenced the vote, and to what degree.

Technology can also have an interesting effect on the level and characteristics of institutional investors. On the one hand, blockchain technology would help the voting process in General Meetings of Shareholders to be more efficient, and would help the end user to vote more easily. On the other hand, robo advisors -online investment advisors- could end up being those who carry out actions with companies. However, these types of services are still seen with certain caution.

The importance of intangibles for investors is undeniable, and in fact, organizations currently consist of 80% intangible assets. If the goal of all investor is profitability, doing it thinking in the long-term and achieving a positive impact is a double challenge that undoubtedly points towards a more efficient investment.