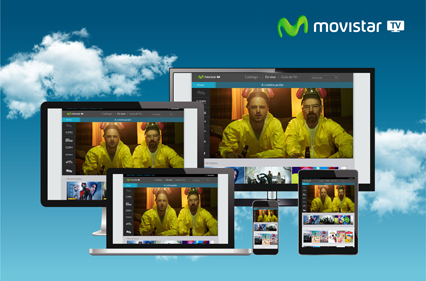 Madrid, 9 December 2015. Telefónica will launch video services in seven new Latin American markets in 2016, which will mainly be VoD (video on demand) services and linear television channels. These markets are Ecuador, Uruguay, Panama, Costa Rica, El Salvador, Guatemala and Nicaragua. The launch will be staggered throughout next year, and the service mode available in each country will be announced at the appropriate time.

“At Telefónica we are reaffirming our commitment to Latin America and we have the goal of becoming the first pay-TV company in the world in Spanish and Portuguese. This year we have become the leading provider of high-definition content, and we continue to grow throughout the region. Furthermore, in 2016, we are going to market our video services in more than twice the number of countries that we do today”, said Luis Delamer, Director of Telefónica’s Video Unit of Latin America.

With this launch in seven new Latin American countries, Telefónica continues to increase its commitment to video services with great diversity of content, including its own productions and exclusive content, which its customers can enjoy via various different technological platforms and multiple devices.

In Brazil, at the end of the third quarter of 2015, Telefónica had increased its number of pay-TV customers by more than 150% year on year, after the integration of GVT in the company last May, which has enabled Vivo TV to be among the leaders in the local market in this sector. Outside of Brazil, the proportion of Telefónica pay-TV users in Latin America grew by 17% year on year, with the 29% growth achieved in Peru, where the operator is the market leader, being one of the highlights.

“We are determined to continue promoting the development of the pay-TV industry in the region, and content is now a core feature of the services we provide”, added Luis Delamer, who also stressed that the plan that the operator is implementing in Latin America is part of Telefónica’s global strategy of becoming a video company.

Currently, Telefónica has more than 4.5 million pay-TV customers in Latin America, and 8.2 million in total.