Telefónica wants to take “Smart Cities” from buzzword to reality

- Telefónica, through the creation of a smart cities global competence centre within the company, is dedicated to working with public institutions (town councils, regional governments) to make smart cities a reality. - The company already runs successful Smart Cities initiatives in various in Spain, Brazil and Chile - In 2020, between 60 and 70% of the global population will live in big cities, which requires local corporations and businesses to work together to change the lifestyle and work of the citizens 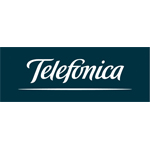 Madrid, 17 November 2014.- Today, at the Smart City Expo World Congress held in Barcelona from 18 to 20 November, Telefónica confirmed its commitment to the development of smart cities around the globe and outlined its plans to create a smart cities global competence centre at the heart of the company. The ultimate aim is to enable public institutions to provide their citizens with a smarter and better environment using connected sensors, fast and reliable networks, and big data analytics.

Telefónica is going to create a clearly defined area of global competence within the company which will be tasked with forming alliances and partnerships in all the countries in which Telefónica operates. In particular, Telefónica will prioritise working with public institutions, town councils and regional governments to accelerate the adoption of digital processes in cities.

Mobility and Transport, Sustainability and the Environment, Citizen Services and Security and Competition and Economics are the four axes which Telefónica’s  smart city services will broadly focus on. Telefónica has already played a significant role in setting up in smart city services in places such as São Paulo and Águas de São Pedro in Brazil, Santander, Logroño, Valencia, Zaragoza, Málaga and Barcelona in Spain and Lo Prado in Chile.

Some of Telefónica’s smart city services are being showcased at the Smart City Expo highlighting how congestion levels or air pollution can be minimised; the way in which power consumption can be reduced; how rubbish disposal can be optimised and even how to improve water irrigation in cities.

Already, in some of the smart city projects that Telefónica is carrying out around the world, tangible benefits are being achieved. For example, thanks to energy efficiency initiatives triggered by smart city projects in some Latin American and Spanish public buildings, councils are saving 10% on their electric costs

With regards to Smart Parking, which Telefónica has already implemented in Santander and Málaga – and which can be seen at the Congress in Barcelona – time spent looking for parking can be reduced by 50%, according to the consultancy firm, Deloitte. This would mean a saving of 17 million Euro on petrol for a city with some 200,000 inhabitants, and a reduction in CO2 emissions.

In the area of Big Data, Telefonica has begun to implement its data insights platform, Smart Steps, in Zaragoza. The aim of this project is to optimise transport networks through intelligent planning, significantly improving the transport services used by the inhabitants of the city.

In terms of infrastructure, Telefónica recognises that its telecommunications networks are essential to the delivery of smart city platforms and enable town councils to bring the benefits of various initiatives to their citizens and ultimately transform their cities. Telefónica has the most advanced telecommunications network in all of the countries in which it operates, and these networks will continue evolving in coming years in order to satisfy the needs of the new services required for smart cities – for example, enabling longer battery life in sensors or a more efficient use of network bandwidth.

The City Platform on display at the Telefónica stand at the Smart City Expo World Congress is a clear demonstration of how Telefónica puts knowledge in the hands of local councils and corporations, allowing them to efficiently and transparently manage multiple services through connections to multiple devices and sensors. The platform, which uses the European FiWare standard, has been developed by the Telefónica Research department with public specifications, and is characterised by the use of open source software in order to boost the development of Smart Cities.

A platform of this size will be key, since according to some analysts and consultants, between 60 and 70% of the world population will live in cities by 2020, and 30% of these will be in cities of more than 750,000 inhabitants. This fact alone will completely change the way people work and live as well as how citizens will relate to local corporations.

For Eduardo Navarro, Chief Commercial Digital Officer of Telefónica S.A, ‘Telefónica is one of the few telcos that is working, together with other players, to help inhabitants in cities transform themselves and benefit from the new industrial revolution of our time. Lots of people talk about smart cities, but we’re helping to make them a reality.

Our ambition is to be an important player in this area, and to do this we are going to create a global competence centre for Telefónica Smart Cities. We have already invested more than 15 million Euro in the development of a Smart City Platform, through Telefónica I+D (R&D), and we now have a unique opportunity to lead changes in these cities, changes that, when handled in a responsible way,  will improve the lives of people around the globe. “