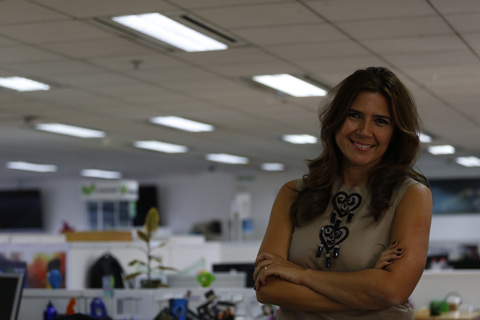 Cannes, France, 08 April 2019.- Telefónica announced today as part of MIPTV, the world’s largest international event in the development and distribution of television content, the production of original fiction series in Latin America. Pre-production of the first three series has already begun in Colombia and Peru and the first releases will be taking place beginning the second half of 2019 on Telefónica’s different video platforms.

Thus, the company reaffirms its commitment to become the leading producer of Spanish-language fiction content in the world, which began in early 2017 in Spain through Movistar+. Since then, 19 original series have been produced which have been exclusively released for Telefónica customers in the markets where Telefónica operates, and in another fifty countries around the world through international distribution agreements.

The content, and especially the original fiction content, has become fundamental in making Telefónica video services stand apart. This is an offer that, through the excellent connectivity of its fixed and mobile networks and available over its video platforms, has the best content and provides the best user experience. All in all, the company has nearly 9 million pay-TV all over the world.

“After the success achieved by the original fiction content produced by Telefónica in Spain, it was natural for us to expand upon this same strategy for Latin America,” said Paula Figueroa, Director of Telefónica’s Video Unit. “Content is what makes our offer stand apart from the rest, and we have transformed our video platform into an aggregator where our customers can access the best content, our own and others, from one place. With our commitment to original production, we want our channels to become the best showcase for the huge talent and creativity of a grand community that speaks Spanish as a common language”.

“I have taken up this great challenge from the enormous potential offered by Telefónica for the growth of the audiovisual industry in our region,” says Joanna Lombardi, Peruvian director and producer with a long history in the film industry, appointed Director of Fiction for Telefónica in Latin America. “We are very excited about the projects that we are developing. We seek to reach the Latin American viewer with stories that hit close to home, that move us, and that we can feel identified with.”

A Peruvian comedy that combines fiction and reality with a lot of music in its soundtrack, and a coming-of-age teen series set in the turbulent Bogotá of the 90s are two of the first series whose pre-production began some months ago in Colombia and Peru. Telefónica will provide details of these and other projects as they develop.

The new series will be available through Movistar Series, the channel launched in Latin America on February 2018 through Movistar TV and Movistar Play, the application aimed at the more than 110 million Telefónica mobile users in the region*. Movistar Series is available in 11 countries and offers exclusively all the original series Movistar+ has produced in Spain, series such as the acclaimed “The plague”, “Giants”, “Arde Madrid” or “The pier”. The programming of the channel, which is complemented by a selection of Spanish productions from other companies, will be bolstered starting in the second half of this year with the release of the first original series now being produced by Telefónica in Latin America.

* Does not include mobile users of Brazil.

The company has a significant presence in 16 countries and over 356 million accesses around the world. Telefónica has a strong presence in Spain, Europe and Latin America, where the company focuses an important part of its growth strategy.

Telefónica is a 100% listed company and its shares are traded on the Spanish Stock Market and on those in London, New York, Lima, and Buenos Aires.