• This is the first time that Ansorena will auction lots of NFTs. Cristóbal Toral's digital work will have a starting price of €2,000 and the profits from one of his "Gif-ART" will go entirely to chef José Andrés' NGO World Central Kitchen.
• The NFTs will be accredited through the TrustOS blockchain solution, a product developed and marketed by Telefónica Tech.
• Artist Cristóbal Toral has also created a series of 25 digital works derived from each of the three NFTs that will be available for direct public purchase through AUTH4ART.
• This initiative has been driven by the arts and culture sector of the Alastria consortium, a non-profit association focused on the promotion of blockchain, of which Telefónica is a founding member. 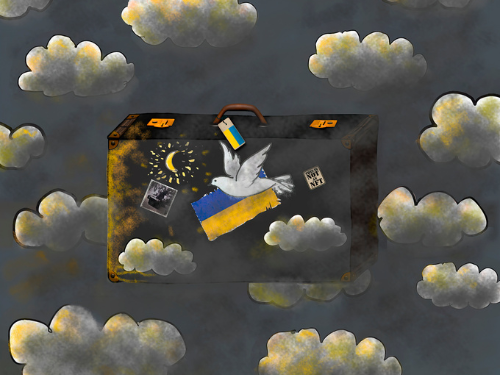 Ansorena will auction tomorrow 14 June for the first time three digital works created in NFTs by the artist Cristóbal Toral (Antequera, 1940). He is one of Spain’s most internationally renowned contemporary artists, known for his realistic works, which he has exhibited in the world’s best galleries, and now he is making the leap to the new possibilities offered by technology.

Cristóbal Toral’s NFTs incorporate the accreditations issued by TrustOS, a product developed and marketed by Telefónica Tech, to certify the authenticity of the “Gif-ART”. TrustOS enables companies to connect their solutions with public and private Blockchain networks without the complexity associated with the direct management of the technology. AUTH4ART makes use of the TrustOS certification module that allows accrediting the integrity and non-alteration of a content from its date of accreditation, i.e. the “Gif-ARTs” of Cristóbal Toral, but also the link between the signatory and the accredited digital content.

The artist and Ansorena use the AUTH4ART platform to make the creation and management of NFTS transparent. AUTH4ART is also responsible for minting the TrustOS-accredited NFTS, safekeeping them, managing the euro auction and finally transferring them to the end buyers.

Jaime Mato Ansorena, CEO of Ansorena, explains: “NFTs are undoubtedly a new relevant chapter in the art market, in which Ansorena, with its team of experts, takes part to guide national and international collectors. The work produced by Cristóbal Toral, a benchmark of contemporary Spanish realism, is one of the best proposals for entering the world of NFTs”.

José Luis Núñez, Head of Blockchain at Telefónica Tech, comments: “We have collaborated with Ansorena to bring them Telefónica Tech’s own blockchain technology, which allows companies to incorporate it into their processes. Telefónica Tech uses its proprietary blockchain-based certification technology, TrustOS, to accredit the authenticity of digital creations in the same way we do with other types of content, from software repositories to academic degrees. So it’s easy and straightforward for companies to incorporate TrustOS into their processes.”

Cristóbal Toral states: “As a painter, I modestly believe that if one wants to achieve a certain consistency in the world of painting, one cannot forget the great geniuses of the past or the masters of modernity and, much less, forget the complex and surprising reality of the times in which we live”.

Additionally, Cristóbal Toral has created a series of 25 digital works derived from each of the three NFTs. They will be available for direct public purchase through AUTH4ART and will incorporate the same accreditation guarantees offered by Telefónica Tech’s technology. They will be priced at 150 euros and will include a number of benefits for purchasers in the next series released by the artist.

This initiative has been driven by the arts and culture sector of the Alastria consortium, a non-profit association focused on the promotion of blockchain, of which Telefónica is a founding member. Launched in November 2021, it is the result of the partners’ interest in understanding how blockchain technology can contribute, with a 360º vision, to the development and digitisation of the art and culture sector, not only with the development of NFT but also in aspects related to intellectual property, traceability, etc. In this way, it fulfils the objective of serving as a dynamic space and meeting point for the different stakeholders in the sector.