• The 2021 Consolidated Management Report demonstrates that the Company is meeting its goals by embedding sustainability, as aligned with the United Nation’s Sustainable Development Goals (SDGs), within its strategy and day-to-day activity.
• Telefónica reduced its carbon emissions by 70% through the use of renewable energy and the integration of more efficient technologies.
• The Company contributed to strengthening local economies facilitating inclusive growth by working with more than 9,000 suppliers, 62% of which are SMEs and generating 1.2 million jobs between direct, indirect and induced jobs.
• The Company has again reinforced its commitment to sustainable financing: Telefónica intends to increase the weight of ESG financing to over EUR 10 billion in the coming years. The company has also published its first analysis of the European taxonomy for sustainable activities.
• In the report, Telefónica illustrates how Telecommunications networks and services, especially in the wake of the pandemic, have taken on a new dimension and have become key levers for achieving fair and inclusive digitalisation, which is key to decarbonisation. 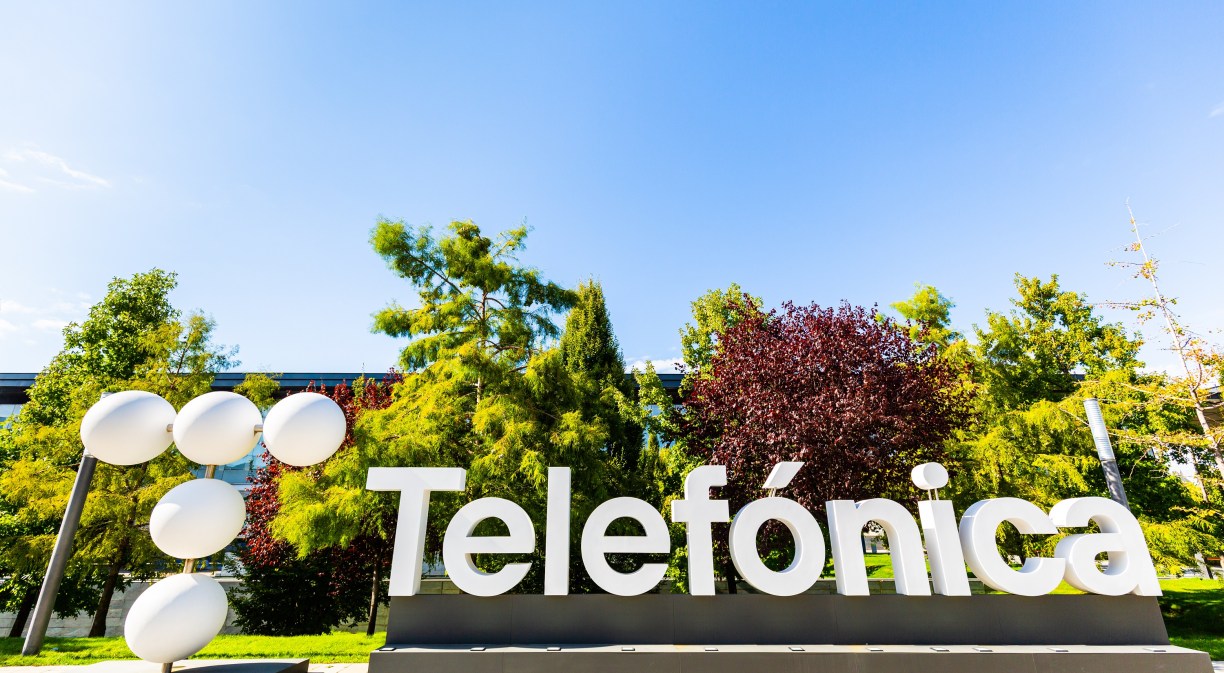 Telefónica’s 2021 Consolidated Management Report shows that the Group’s economic contribution represented €48.9bn of Gross Domestic Product (GDP) of the principle countries of operation and over 9.1bn as a fiscal contribution.

With the achievement of these and other objectives, the Group met its goals in 2021, consolidating its progress in ESG (Environmental, Social, Governance) policies and achieving  its purpose of making sustainability and the Sustainable Development Goals (SDGs)  an integral part of its strategy and daily activity to build a greener future, help society to thrive and lead by example.

“In 2021, we have laid the foundations to build a more inclusive, resilient and green future and we are more than prepared to make the most of the opportunities that arise from this new, more sustainable paradigm, which has established digitalisation, and therefore Telefónica, as a driving force for progress,” said José María Álvarez-Pallete, Chairman and CEO of Telefónica, in the 2021 Consolidated Management Report.

In its Report, Telefónica has for the first time incorporated double materiality by identifying issues that have an impact on the value of the company, society and the environment; It has also implemented the first stage of the EU’s taxonomy for sustainable activities a system designed for classifying economic activities.

Telefónica’s commitment to the planet is focused on the environmental SDGs (7, 11 and 13), decoupling its growth from its environmental footprint and helping to decarbonise the economy. In fact, it has reduced its carbon emissions by 70% through the use of renewable energies and the integration of more efficient technologies.

To go beyond the Paris Agreement, Telefónica has set a target to reduce carbon emissions in its key markets to Net Zero by 2025, and in its global footprint and value chain by 2040.

In order to achieve this goal, in the last six years Telefónica has reduced energy consumption by 7.2%, while traffic has multiplied by 6.7x. Today, 100% of Telefónica’s electricity consumption already comes from renewable sources in Europe, Brazil and Peru, a proportion that stands at 79.4% on a global scale. As a result, in 2021 the operator saved 1,274ktCO2 from being emitted into the atmosphere.

To contribute to the digitalisation of its customers and as an integral partner to businesses everywhere, Telefónica offers digital solutions that also aim to contribute to decarbonising the economy. Thanks to services such as Eco Smart, in 2021 emissions avoided by its business customers exceeded 8.7 million tonnes of CO2. This is equivalent to planting a forest of 143 million trees and demonstrates the capacity of new technologies to accelerate the transformation of the economy towards a more sustainable model.

It is also important to highlight, for the first time, Telefónica’s circular economy objectives to achieve Zero Waste by 2030 through eco-design, repair, reuse and recycling, ensuring that waste is not incinerated or ends up in landfill, but is transformed into raw materials that are reintroduced into the value chain. Thanks to these measures, already in 2021, almost 5 million electronic devices (including more than 300,000 mobile phones) had already been reused and 98% of their waste recycled.

The strategy and actions implemented allow the company to continue to lead in this area and to be part of the A List of the CDP Climate Change index, where it has been included for eight consecutive years.

As a global telecommunications operator, Telefónica focuses its core action on SDG 9 by deploying sustainable, resilient and quality infrastructure and services.

The Group continues to drive digitalisation and inclusive connectivity with more than 369 million accesses worldwide, including more than 13,485 rural communities connected through the “Internet for All” project. In addition, it aims to achieve broadband coverage of 90-97% of the population in rural areas in its main markets, strengthening its commitment to digital inclusion.

Telefónica contributed to strengthening local economies and inclusive growth by working with more than 9,000 suppliers, 62% of which are SMEs, and generated more than 1.2 million direct, indirect and induced jobs.

To facilitate training in digital skills and employability, Telefónica and its Foundation offer different programmes and in 2021 have announced the creation of a new global Innovation and Talent Hub in its headquarters (Distrito Telefónica) with an investment of around 100 million euros until 2024.

These advances have been commended by the World Benchmarking Alliance, who have awarded Telefónica first place worldwide in the Digital Inclusion Benchmark (DIB), which analyses how the most influential technology companies help to promote a more inclusive digital economy and society.

Similarly, Telefónica incorporates diversity and inclusion management as a key element to connect talent and grow as a company. The Global Diversity Council promotes an inclusive culture, in which employees contribute their opinions freely. On gender equality, it has set new targets for 2024 such as achieving 33% of women in executive positions and an adjusted pay gap of +/-1%. These benchmarks will contribute to eliminating the gender pay gap by 2050 as a long-term goal. In fact, Bloomberg has included the operator, for the fifth consecutive year, in the Gender-Equality Index for its commitment and progress in gender equality.

Telefónica’s code of ethics, known as the Responsible Business Principles, is also the basis for sustainability in the Company. During 2021, the principles have been reinforced and updated with key issues in the current labour and social context: digital rights, innovation, development and responsible use of technology, climate change, circular economy, new ways of working, accessibility, …

Telefónica is firmly committed to continuously improving its corporate governance framework, increasing, strengthening and consolidating best practices in this area. For this reason, during 2021 a modification was made to its Board of Directors, reducing the number of members from 17 to 15, with 9 independent members and 33% women, which means progressing towards gender parity in the highest governing bodies.

Finally, Telefónica has been working for years to align environmental and social sustainability with financial sustainability, which has led it to become the largest sustainable issuer of the telecommunications sector in the bond market. The company is working to expand its financing model under ESG criteria with the aim of increasing the weight of ESG financing to over EUR 10 billion in the coming years

During 2021, the main sustainability analysts in the market recognised Telefónica as one of the companies most committed to ESG in the sector, having improved the ratings received by Moody’s, S&P, Sustainalytics, FTSE and MSCI, among others.