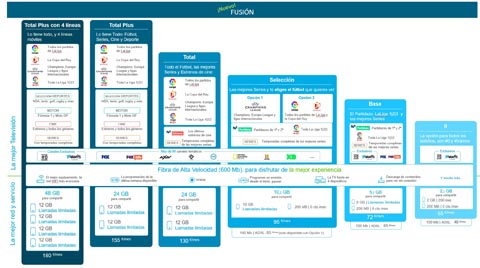 Madrid, 11 October, 2018.- By the end of October, Telefónica will launch a new Movistar Fusión portfolio, which seeks, on the one hand, to simplify the offer available to customers, going from ten to six products, and, on the other hand, to facilitate access to one of the most requested content by customers, football.

This new offer shall only apply to new customers who have joined Movistar, or for those who are repositioning from one of the current convergent products, whose conditions remain unchanged. On joining, the high new UHD decoder will be installed for you.

The new offer is configured in the following manner: 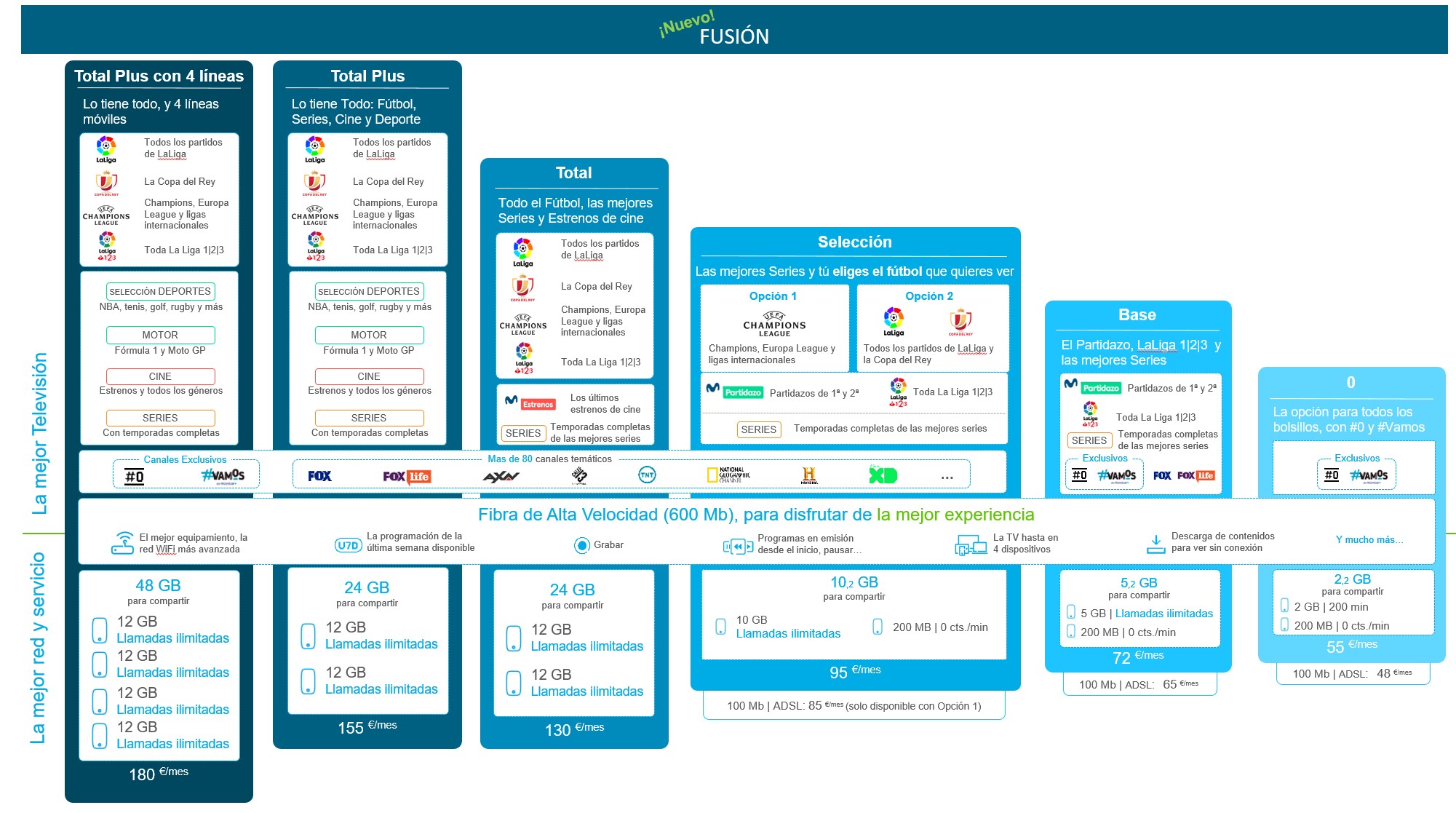 In this way, Movistar facilitates access to football, one of the most in-demand contents, to its customer base, by offering the best match of each La Liga round, the so-called ‘Big Game’ as well as all the games of the Second Division in Movistar Base, whose price is 72 euros per month for 600Mbs symmetrical fibre connectivity. The current offer provides access to football from a monthly fee of 95 euros.

For customers who want more football, they have, to start with, two options through Movistar Selección, in both cases for 95 euros per month. Firstly, enjoy all of the first and second divisions of La Liga. Second, add the Champions League, the Europa League and international leagues to the Movistar Partidazo. Those who want to enjoy all football may do so for 130 euros per month.

In the same way, Movistar continues to offer the most comprehensive TV sports package, with basketball (Liga Endesa, NBA and Euroleague), motor sports (F1 and MotoGP), tennis, golf, athletics NFL and rugby, among many others.

In addition, in any package from the convergent offer you can enjoy both channels that Movistar has to showcase, the already consolidated #0, and #Vamos, a sports channel launched on 16 September.

All the Movistar Fusión products include excellent connectivity, with 600MBs of symmetrical fibre in the home and two mobile lines with different data capacities and calls depending on the selected package.

October marks the six years since the launch of Movistar Fusión, which came to be in October 2012. By the end of June, the number of fusión customers reached 4.48 million.

In the case of Movistar’s television, it is enjoyed in more than four million households, meaning that more than 12 million people are enjoying a new way of seeing the content every day.

The Chairman of Telefónica España, Emilio Gayo, emphasised that “the efforts of the last few years have been to provide Spain with the best fibre network in Europe and extend the television offer to the vast majority of our converged customers. Now we believe that the time has come to facilitate as much as possible access to one of the star contents: football.