WWW as the driving force behind Industry 4.0

The World Wide Web (WWW) is becoming more and more intelligent. Machines, cars and robots can now work with it 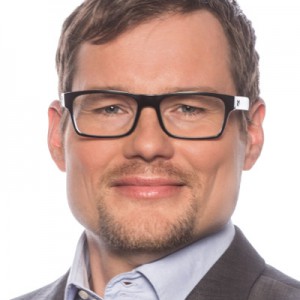 A family picture of all the speakers that participated on Telefónica’s Basecamp event.

The World Wide Web (WWW) is becoming more and more intelligent. Machines, cars and robots can now work with it. This was recently demonstrated by the World Wide Web Consortium (W3C) and the German Research Centre for Artificial Intelligence (DFKI) at Telefónica BASECAMP event held in Germany. The event counted with the participation of  Professor Wolfgang Wahlster, CEO of DFKI and Jeff Jaffe, W3C-CEO, amongst other key speakers.

Web surfing is no longer just for humans; it is now available to machines and Artificial Intelligence (AI). The Internet of Things (IoT) connects the whole world and the W3C developed its communication standard.

“We are experiencing the second wave of digitisation. The first wave focused on screens, making data readable for humans and displaying webpages, now the second wave concerns machine-to-machine communications (m2m) as well as the machine interpretation of digital data” said Professor Wolfgang Wahlster.

On the basis of the WWW, now a new Internet of Things exists, explained the inventor of the term Industry 4.0, which is a “driving force” behind the development of products, services and even intelligent factories. Through new techniques such as Plug-and-Produce, with new machines being introduced to a company’s existing machines and precisely connected, in Germany AI alone could represent one billion Euros of gross value added. The consulting company Accenture expects that this value will be achieved in 18 years.

Such solutions are already in use in the German Federal Republic

Bosch alone has more than 5,000 machines connected in eleven factories, which has seen productivity increase by up to 25%.  At CeBIT event, the DFKI will present the next generation of self-driving vehicles: autonomous agricultural machinery from Claas, driverless trains from the Erzgebirgsbahn and even autonomous container ships, four of which are already operational on the Elbe.

Suitable standard languages are required so that machines can communicate with each other without human intervention. Different working groups of the W3C have already developed them so that machines from different manufacturers can also exchange information at a lightning-fast speed. The technical basis for this was developed years ago: through the semantic Web, developed in 2005 by W3C, explained the DFKI CEO. Now, an “orchestrated exchange between machines with syntax and semantics” is now taking place.

The required open system architectures are already available. Application programming interfaces (APIs) and extensive standardised blocks for complex AI systems must now be defined. Approved W3C standards should be used where possible, which serve as the “glue” and guarantee smooth cooperation. Just as once occurred in the early nineties when HTML and HTTP protocol made it possible to request webpages from the whole world on any computer. These standards were established by W3C and have evolved to date.

In the new Internet of Things, different software levels should be intertwined like the blocks of a Lego house. They can feel, understand and act – and therefore serve, for example, as digital assistants or as groups of independent collaborating robots or as intelligent wearables. An appropriate platform for AI on Demand already forms part of the considerations for projects in the future EU research framework. It can easily be put together for a wide range of applications.

Artificial Intelligence in the Cloud

Artificial Intelligence is then retrievable as a web service, as we know today from software, processing capacity or storage capacity in the Cloud. The connecting pieces between the blocks should be the open API from W3C, as “standardisation is the key to success” according to Wolfgang Wahlster.

He spoke about the eternal fight the W3C has on its hands: to keep the World Wide Web free and available to every user. “Why do I see an ad in Amsterdam telling me to install the airport’s app?”, asked Chris Wilson from Google during the subsequent panel. Viewing departure times is a basic task for a Web browser and shouldn’t require an app to be installed on the device. Charles McCathie Nevile from the Russian search engine Yandex remained optimistic that HTML would “likely survive us” as the basic language of the World Wide Web.

Specifically, HTML5 is very versatile and has great technical potential, responded Christoph Steck from Telefónica S.A.. In regions such as Latin America, Internet users hardly every use a browser on a computer to surf the web, they mostly use apps on smartphones.

The speakers shared their views on the panel.

WWW vs. Apps – or Web for machines?

“This is a big challenge as it is no longer the multi-stakeholder system founded by Tim Berners-Lee over 20 years ago”, said Christoph. “For Telefónica the most important thing is that customers can decide for themselves how they want to integrate the Internet into their lives” added.

However, the World Wide Web is not being replaced by such developments. It is “the most universal communication platform in the history of mankind”, said W3C-CEO Jeff Jaffe. The WWW already works on computers, mobile phones, TVs, E-book readers and all devices for private users. And now the requirements of Industry 4.0 are merged with the possibilities of the Consumer Web. “Welcome to the Web!” now also applies to machines.