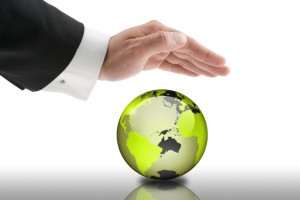 Why give a European award for social entrepreneurship and disability?

When Fundación ONCE decided to create the “1st European award for Social Entrepreneurship and Disability”, we did so with the aim of contributing to giving people with disabilities a leading role in the new European model of sustainable economic growth.

But let’s look at the history. People with disabilities account for 16% of all European citizens. They are a large segment of the population who, along with their families, represent a source of talent and consumption. This point is particularly important in ageing populations, like the European population, who demand accessible goods and services.

At the same time, this approach is very interesting due to the social entrepreneurship opportunities it offers and therefore, the community added-value it can generate. The current socio-economic situation is forcing us to look for new solutions for tackling social challenges. Therefore, social innovation and entrepreneurship are two key concepts to be considered when looking for new models that improve and transform our society.

People with disabilities must have an active role in a new form of economy, as stated and promoted by the European Commission through initiatives like the Social Business Initiative or the Europe 2020 strategy, joining forces so that social investment and profitability go hand in hand.

What are the goals of the award?

For this award, Fundación ONCE has the collaboration of the European Commission and the backing of Telefónica (ES), L’Oréal (FR) and the Ministero del Lavoro e delle Politiche Sociali (founding partners of the European Network for CSR+D, the project in which the award is included and which is co-funded by the European Social Fund), as well as Kanchi (IE), Essl Foundation (AT) and Fundación Triodos (ES).

So, we invite you to take part in this initiative, whose end goal is to integrate people with disabilities in Europe in the workplace and in society, at the same time as contributing to developing responsible competitiveness of companies and government agencies.