The Paris Agreement: A Path of Opportunities for Companies

SUCCESS OR FAILURE? What we are hearing about the  Paris Agreement  from various sources is that it was a historic breakthrough, and it was indeed.  This success involved...

What we are hearing about the Paris Agreement from various sources is that it was a historic breakthrough, and it was indeed. This success involved 195 countries reaching a consensus to combat climate change in the coming decades, including the US, the EU and China, which represent almost half of the emissions on the planet. It is an agreement which can help accelerate the current transition to a low-carbon economy, and which will affect many fields, such as the energy and transport industries, or domestic energy consumption. Furthermore, it sends s signal that the process of change is being taken seriously and is unstoppable. 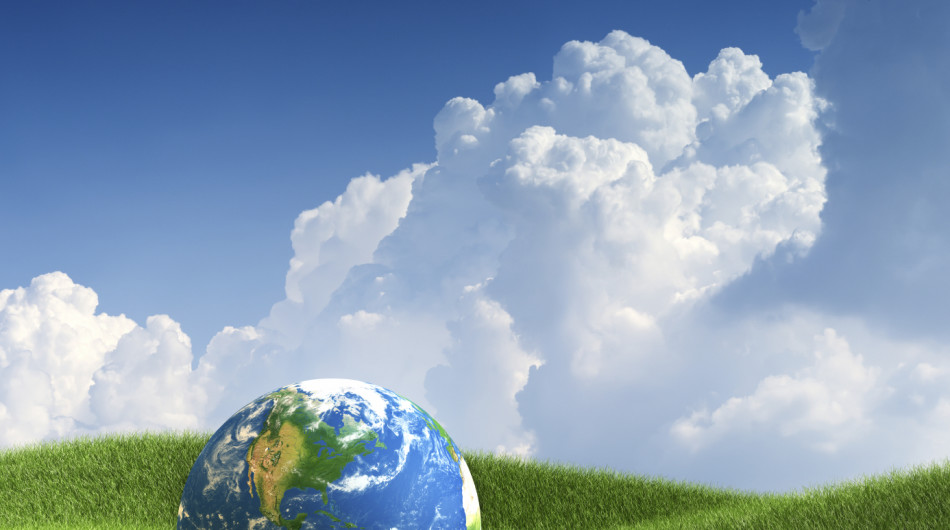 On the other hand, the agreement leaves us dissatisfied. It stipulates a final goal, but does not incorporate targets or binding agreements, except the need for transparency with national targets (Intended Nationally Determined Contributions or INDCs) and the need to review them periodically. In addition, the agreement still has to be ratified in April 2016 by 55 countries, representing a minimum of 55 per cent of emissions. And in the agreements reached, there are many tasks to be developed in coming years.

The Paris Agreement shows ambition. The target agreed upon is to limit the temperature increase to 2ºC by 2100, and to try not to go over 1.5ºC. In order to achieve this, more than 158 countries have set voluntary targets (INDCs), which will be reviewed every 5 years, starting in 2023.

We have assessed the level of ambition of these national targets according to the PwC’s 7º Low Carbon Economy Index 2015 of PwC (see attached chart), thereby showing that they would enable a reduction in carbon intensity (measured in terms of tCO2/GDP unit) of 3 per cent per year. This is more than double the annual average achieved since the year 2000, namely 1.3 %, but drops significantly below the 6.3% per year of decarbonisation required to limit global warming to 2ºC. In fact, the national targets roadmap which was presented leads us to a scenario of a temperature increase of 3ºC. 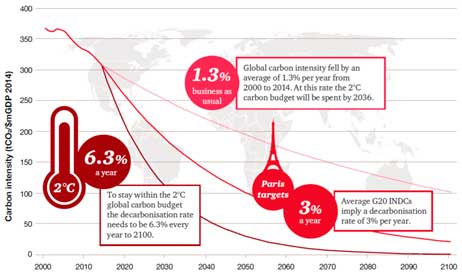 3ºC is a severe climate impact scenario. The IPCC’s 5th Assessment Report describes potential impacts, including ocean acidification, heat waves and frequent droughts, which would adversely affect the world’s food supply and the number of species in danger of extinction, and would lead to a greater frequency of extreme weather events which cause damage to infrastructure, loss of life and the interruption of business activities.

IMPLICATIONS FOR COMPANIES AND GOVERMENTS

The countries will have to change at a faster pace if they want to meet the proposed national targets (INDCs).Companies must think ahead and implement more ambitious climate policies in the short term which will strengthen their reduction targets and plan for the long term climatic impact, since we will exceed 2ºC by working on adaptation plans.

Even though the main sources of emissions are energy and deforestation, the action to tackle emissions will affect all industries. This can be seen from the plans which countries have proposed so far.