The Pacific Alliance has the opportunity to lead the digital transformation

The 3th Integration Meeting of Ibero-American and the Pacific Alliance was held in Lima. 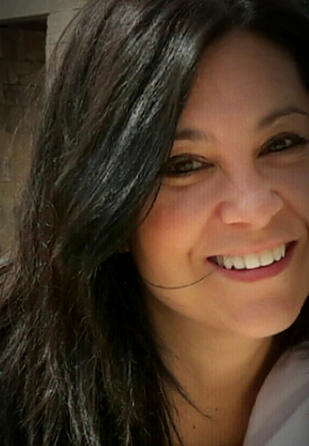 “The Pacific Alliance has the unique opportunity to lead the digital transformation process with the grouping together of an attractive market of 230 million inhabitants, in countries that share economic, social and cultural elements such as the youth of its population and its rapid absorption of technology,” commented Carlos López Blanco, Executive of Public Affairs and Regulation area of Telefónica in the Third Integration Meeting of Ibero-American and the Pacific Alliance, which took place this week in Lima (Perú).

The Telefónica executive participated as a speaker on the debate panel “Ibero-American Integration” in which he outlined the opportunities and challenges the region now has in facing with the new digital revolution and the public positioning of the Company. He emphasised that the rich countries of the future will be the ones that have done a better job in incorporating digital technologies, not only to become significant producers in the world of content and digital services, but also to radically transform their traditional industries.

Digitalisation is enabling new competitive environments for all sectors, in any economy, drastically reducing the life expectancy of companies, reminding us in the digital world, there are no written rules.

In this vein, we can say that digitalisation is all around us today and not only does it affect all aspects of our lives, but also all economic sectors. The telecommunications sector now forms part of the Digital Ecosystem, but no sector is immune: digitalisation is enabling new competitive environments for all sectors, in any economy, in any geography, drastically reducing the life expectancy of companies, reminding us in the digital world, there are no written rules. In other words, today, life is a digital life and the Economy is a Digital Economy and this implies new challenges in cybersecurity, privacy, data ethics, among others.

The Digital Economy has had an accumulated impact on the GDP between 2005 and 2013 of 4.27% of the GDP in Latin America. That’s why during the panel debate Carlos stated that “it is key for the Latin American region and the countries of the Pacific Alliance (PA) to promote the development of the digital economy as an essential way to recover the pace of economic growth and enhance productivity”.

However, despite the advances made, there is a digitalisation gap of more than 17 points in comparison with more advanced economies (OECD). This highlights that the region has a high growth potential, but at the same time it has to face a series of challenges of a global nature such as the relevance of the offer of services and digital content, which is still restricted; or the highly unequal distribution of wealth generated in the digital field.

There are also challenges of regional nature, with greater or smaller differences. These are common to all countries in the region/PA, such as weaknesses in basic infrastructure, as any economic activity requires a basic network of works and services to support it; and the human capital which is critical for the digitalisation of our productive fabric.

During the debate, the executive insisted that the public-private partnership is a fundamental way to continue contributing to closing the gaps in infrastructure and promoting the economic development of the country. He added that the future progress depends essentially on local content and Internet applications, which will help to overcome the barrier of the cultural and linguistic significance. He also stressed that it is necessary to minimise the barriers that impede the development of the entrepreneurial ecosystem and strengthen innovation environments.

In the conclusion of his presentation, Carlos López Blanco emphasised that “Our vision for the future of the region is to become a digitally connected one, both to each other and with the world. Being committed to the digitalisation of the region and in line with this vision, the role of Telefónica is key: to continue contributing to integrate the territory by connecting it to the digital world”.

In terms of the digital agenda, in March 2018 the working group from the private sector of the Pacific Alliance intends to submit a proposal to the governments for the development of a balanced digital ecosystem and to guarantee its sustainability. The main issues under discussion are those already established (which generate employment, investment and that pay taxes) and some new issues regarding regulatory asymmetries with favourable tax systems which they would like to maintain.

There were also some highly regarded politicians at the event, such as Pedro Pablo Kuczynsky, President fo the Republic of Peru, and prominent panel of specialist, among whom we can also highlight Trinidad Jiménez, Global Director of Global Strategy for Public Policies at Telefónica. At the meeting, other matters of interest were discussed, such as the achievements and challenges of the Pacific Alliance, the digital agenda, entrepreneurs and start-ups in the Ibero-American field, among others.