The world is increasingly a young person’s game. As the Millennial generation comes of age, everyone – from politicians to employers to advertisers – wants to figure out what Millennials... 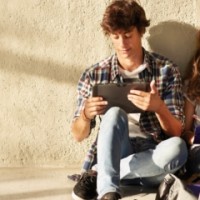 The world is increasingly a young person’s game. As the Millennial generation comes of age, everyone – from politicians to employers to advertisers – wants to figure out what Millennials want and what drives them.

Now a new, remarkable piece of research sheds some light. This survey shows three major trends likely to shape our world over the coming decades—the eclipsing of Europe by Latin America, the rise of the digitally native generation and the dominance of a new economic outlook.

Millennials are certainly not a monolith. Young people around the world subscribe to different beliefs and motivations, despite key similarities. To provide a more accurate picture of this generation than was previously available, Telefonica commissioned Penn Schoen Berland to conduct a global survey of Millennials. They spoke to over 6,700 people ages 18-30 in 18 different countries, divided by four regions: North America, Western Europe, South America and Central America.

The survey found areas where culture and national origin continue to play a strong role, as well as issues where a global Millennial consensus is beginning to surface. Three specific trends are noteworthy.

First, Latin America is the new vanguard for global leadership. Since World War II, the U.S. and Europe have played a dominant global role, even as colonialism waned and emerging countries such as China and India began to rise. Now, Millennial leaders are more likely to come from Latin America and the U.S. than Europe.

To reach this assessment, the survey probed Millennials for the qualities that augur leadership, including opportunity for entrepreneurship, cutting-edge tech skills and a belief in making a local difference. About 1 in 5 Millennials worldwide met these conditions, and 22 percent of Millennials in the US and 19 percent in Latin America had these qualities, compared to 11 percent in Western Europe.

This finding is buttressed by Millennials’ career priorities. While U.S. and European Millennials were more likely to seek compensation and work/life balance, Latin American Millennials said they were looking for opportunities for training along with jobs that allowed employees to pursue new professional challenges.

Second, while the technology dependence of this generation is a truism, the survey showed that Millennials are more aptly described as “tech pervasive” than “tech savvy.” Overwhelmingly, Millennials describe themselves as “on the cutting edge of technology,” with each region agreeing with this statement at rates of between 80 and 91 percent.

More striking is how central technology is to Millennial life. Beyond staying connected to the world, Millennials describe technology as having “transformed” their lives in such area as finding a job, getting an education and accessing news. This trend is most pronounced in the developing regions of South and Central America.

Third, the Millennial generation embodies a unique economic outlook, which we term “anxiously optimistic.” Over 60 percent of Millennials in South and Central America (including Mexico) say they are very optimistic, while fewer than half of those in the U.S. and only 1 in 5 in Western Europe say the same. When asked about whether their country’s best days are ahead or behind, U.S. and Western European Millennials are split. About 3 in 4 Millennials in South and Central America say their best days are ahead, but 2 in 3 say things are headed in the wrong direction—a higher rate than in the U.S. or Western Europe.

These anxieties are not uniform. Millennials in the U.S. say the economy is the most important issue facing their countries, while in Western Europe they say unemployment. Those in South and Central America are more likely to cite corruption and crime and, in Central America, poverty as well.

Thanks to the positive outlook of Latin Americans, this is an optimistic generation. But the optimism is uneven and deeply challenged by vexing, endemic problems in every country. If the post-war generation saw limitless opportunities for prosperity, this generation looks to new opportunities but harbors doubts over economic weakness and long-term challenges to the pathways to opportunity.

Despite the immense scope of this research, there is more to learn. Although the survey included Brazil, it did not explore the other BRICs economies (Russia, China or India). Sample sizes were also small in some countries.

But this survey does provide new clarity on the aims and aspirations of Millennials as they ascend to adulthood and authority. This is a generation shaped by the last decade—aware of and immersed in transformative new tools, but scarred by domestic and global instability.