On 3 September, the European Commission (DG COMP) closed the public consultation period to obtain stakeholders’ opinion on its revised guidelines for the provision of EU state aid for... 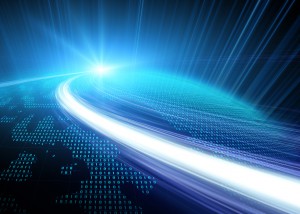 On 3 September, the European Commission (DG COMP) closed the public consultation period to obtain stakeholders’ opinion on its revised guidelines for the provision of EU state aid for broadband networks. This revised draft aims to clarify and simplify the existing EU state rules on public funding of broadband networks adopted in 2009. On the basis of the comments received in the consultation, the Commission foresees to adopt definitive Broadband Guidelines in December 2012.

Telefónica’s general view about state aid for the development of the new networks is different to that of DG COMP. Whereas DG COMP aims to adapt the current guidelines to the objectives of the EU Digital Agenda, Telefónica believes that the EU state aid of these guidelines should only target those areas which are not commercially viable to the private sector, in order to avoid any distortion of competition. On the contrary, to achieve the Digital Agenda targets, Telefónica thinks that Europe just needs commercial private investments in new broadband networks. However, these private investments could only happen within the appropriate Regulatory framework. Therefore, in order to achieve the Digital Agenda targets the European Commission should reform the regulatory framework and related recommendations.

On the other hand, access obligations described in this DGCOM Public Consultation are neither in line with those imposed under sector specific rules nor technology neutral. The requirement that a network topology be able to support both point to point and point to multipoint is also not in line with the principle of technology neutrality, and would result in significant higher costs not necessary to meet the DAE targets.

For all this, Telefónica believes that dialogue with the EC must be coherent and therefore regulatory messages of VP Kroes must be reflected in other EC initiatives. In this respect, Telefónica supports the new approach announced by Commissioner Kroes on July 12 in which she presented a legislative package based on three key elements: non-discrimination rules, stable copper prices and more flexibility for next generation (NGA) wholesale products. Telefónica thinks that the revision of the state aid guidelines for broadband networks should take due account of these new objectives.

Last but not least, we would like to stress that the main barrier for high broadband penetration is lack of demand. Therefore, Public Authorities should focus more on demand side measures to encourage broadband access uptake.

In summary, Telefónica believes that state aid for the development of new broadband networks should be complementary with private initiatives. Moreover, it should never compete or act as a disincentive to private initiatives, as it could crowd out private investments.