Telefónica has just joined the "World Day for IPv6", an initiative of the ISOC (Internet Society), which aims to motivate the different stakeholders (telecom operators, Internet service...

Telefónica has just joined the “World Day for IPv6”, an initiative of the ISOC (Internet Society), which aims to motivate the different stakeholders (telecom operators, Internet service providers, manufacturers, software or web companies, etc.) to accelerate the migration and compatibility of its services with the new version 6 of Internet Protocol. Along with a large group of other leading Internet companies, Telefónica will be directly involved in a global test on June 8 and will activate for 24 hours the contents of its main domain, www.telefonica.com, as well as the domain www.tid.es through the new IPv6 Protocol.

In words of Carlos López Blanco, Director of  International Office at  Telefónica Corporation, “Due to the continued and explosive growth of Internet, its future development is challenged as we are running out of IPv4 address resources. Ambitious plans for broadband deployment and universal access to ICT services can not be fulfilled if no action is taken”. 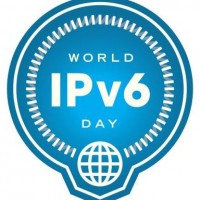 To mark the entry of Telefónica in the “World Day for IPv6”, Vicente San Miguel, Global CTO of Telefónica SA valued it to be “very positive to participate in initiatives such as the World Day IPv6 since this allows us to study the evolution and impact of a global test of this magnitude on our networks and services” and stressed that “Telefónica is working to offer their services through a so called “Dual Stack Model” (in which both the new version 6 and the old version 4 work in parallel), and we also encourage other stakeholders to include the deployment of IPv6 in their technical plans of development. “

The transition to this new Internet Protocol is imminent. In fact, the global reserve of Internet addresses of the current version (IPv4) ran dry last April, following the allocation by the IANA (Internet Assigned Numbers Authority) for the last 5 blocks of addresses. Therefore, it is necessary to progressively implement Internet Protocol version 6 (IPv6) that provides access to 340 x 1036 public addresses, almost inexhaustible, compared to 4,200 million addresses with IPv4.

IPv6 deployment and usage have accelerated significantly in 2010, but absolute figures are still insignificant. With progressive deployment of IPv6, related security issues also get more and more attention. While IPv6 added some new security features, it also opened door to new risks and vulnerabilities. Also having both v4 and v6 infrastructures running at the same time complicates the implementation of security policies.

In 2009-2010, European Commission (EC) conducted a two-year research project to monitor the IPv6 deployment status in EC countries. This project developed a user oriented measurement which made use of both technical (e.g., web script to measure live IPv6 traffic) and non-technical (questionnaires to survey Internet users/ISPs) measures to gather necessary statistics and information. The result of this research project was presented in an EC IPv6 Conference in December 2010 (see here). With figures and charts, the website of this project visualizes impressively that there is a long way to meet the EC target (previously set for 2010) to have 25% of European citizen capable to access IPv6 Internet.