Telefónica doubles the use of renewable electricity, up to 44%

Renewable energies are gaining ground. By expanding its reach beyond the energy sector it will not only reduce carbon emissions, but it will also improve lives, create jobs...

Renewable energies are gaining ground. By expanding its reach beyond the energy sector it will not only reduce carbon emissions, but it will also improve lives, create jobs – in 2016, more than 9.8 million people worked in the sector –, it will facilitate the achievement of development goals and ensure a cleaner and more prosperous future as REthinking Energy, the new report of the International Renewable Energy Agency (IRENA), states. One of the initiatives that is pushing, at the corporate level, this movement is RE100, with about 100 adhered global companies such as Apple, Facebook, Google, Ikea o Telefónica.

Hence the support of all companies is needed to accelerate. For Telefónica, green energy represents a way to improve its competitiveness:

In order to make its commitment public, Telefónica has joined RE100, a global and collaborative initiative involving influential businesses committed to achieving 100% renewable electricity in order to massively increase the demand for renewable energy. “Our Renewable Energy Plan helps us to improve our competitiveness, reduce our operational costs and to make growth compatible with a sustainable strategy. Our goal is to have the best network, one that not only allows us to offer excellent connectivity in technological terms, but also one that is the most efficient and clean in the sector in terms of energy and carbon”, explains Enrique Blanco, Telefónica’s Global CTO. 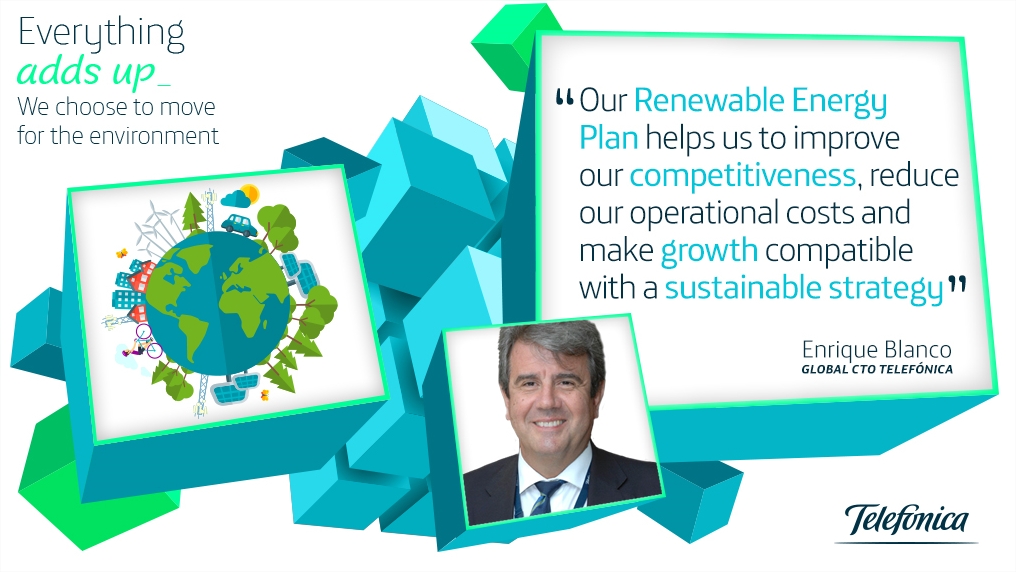 Telefónica’s Renewable Energy Plan includes four action areas, depending on the markets in which the company operates and the regulations in force in each one: acquisition of renewable electricity with a guarantee of origin, long-term power purchase agreements (PPA), shorter bilateral agreements and self-production. The company estimates that the Renewable Energy Plan will allow Telefónica to save 6% in energy costs by 2030.

The United Kingdom and Germany are already 100% renewable

In Costa Rica and Uruguay, the electricity consumed by the company is renewable by more than 90%

The company has 4,200 mobile telephone base stations that self-generate clean electricity 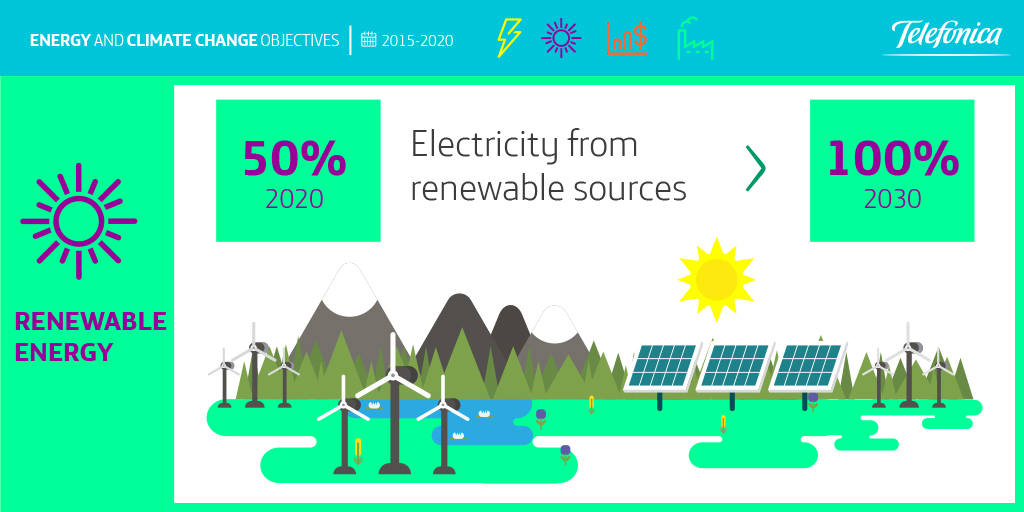