The United Nations has been fighting for the eradication of poverty and for equality in the world for decades. In 2000, the member countries of the UN agreed on the Millennium Development... 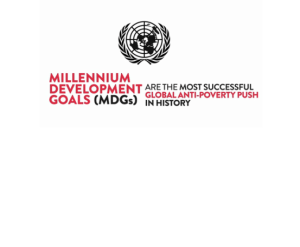 The United Nations has been fighting for the eradication of poverty and for equality in the world for decades. In 2000, the member countries of the UN agreed on the Millennium Development Goals (MDGs), eight points on which great efforts would be made to make the world a better place by 2015. Today, the MDGs are one of the most successful projects in history in the fight against poverty, in the words of Amalia Navarro, coordinator of the United Nations Millennium Campaign. Characterising and simplifying these goals has helped to focus efforts. But there is still a great deal to be done.

The 2014 Millennium Development Goals Report was presented globally the 7th of July. It outlines the most significant data on what has been achieved to date and what still remains in order to achieve the objective by 2015.

Amalia clearly set out the lessons learnt: “It is possible to set yourself ambitious, global objectives, with joint work by the public and private sectors and the collaboration of civil society. In addition, you have to focus on accelerating policies, such as investment in health, education and, above all, women.”

Ertharin Cousin, executive director of the UN World Food Programme, said that “we have a great deal to celebrate. The MDGs have changed the lives of millions of people, but we have to continue to look forward.”

According to the report, extreme poverty, the priority Goal, has been reduced by half since 1990. But we have to go even further. Even now, 1.2 billion people live on less than 1.25 dollars a day. Moreover, this problem also has economic consequences: according to the UN, the cost of hunger in the world is 1.6 billion euros.

In the developing regions, primary school education now reaches 90% of the population. Even so, 58 million children still do not go to school.

The same contrast exists with regard to gender equality. Though that equality has been achieved in primary education, millions of women are discriminated against merely because of their gender, in both education and work and in terms of participation in decision-making.

According to Cousin, “we have to invest in women, because they are the bedrock of the development of the community.”

Great progress in the MDGs has been achieved in the area of infant mortality. Today, 17,000 fewer children die each day. But, as with the other Goals, we must redouble our efforts: almost six million children die each year before they reach the age of five.

Another of the great achievements that is being made is the improvement in maternal health. Despite the fact that only half of all women receive the recommended medical assistance during pregnancy, since 1990 deaths in childbirth have been reduced by 45%.

HIV infections and deaths from malaria have also fallen, though, once again, we need to go further: even today, 50 young women are infected with HIV every hour.

One of the Goals with the greatest contrasts is that of guaranteeing the sustainability of the environment. Since 1990, some 2.3 billion people have gained access to clean drinking water in their daily lives. On the other hand, 2.5 billion people do not have access to basic sanitation.

Another positive note was sounded by Amalia Navarro: after two years of crisis, in 2013 development aid from the most developed countries once again increased. Thus, in the words of Gonzalo Robles, general secretary for International Development Cooperation, “we are not only looking back at what we have achieved up to now. We are also setting the goals in order to fully achieve these objectives and preparing the post-2015 agenda.”

Navarro made it clear: “Yes, we can, it is possible. It can be achieved and solutions do exist. We firmly believe that.”